13 Reasons Why is one of the buzziest shows on Netflix right now.

It’s really compelling and worth seeing for sure.

Lisa and I headed out to an exclusive FYC reception which was followed by a screening and panel.

Sadly, we couldn’t make the panel but thought we would stop by the reception.

I brought my 13 Reasons Why poster and we hung out for a bit.

We saw the original sign for Stars Hollow on display at the Netflix FYCSee space. 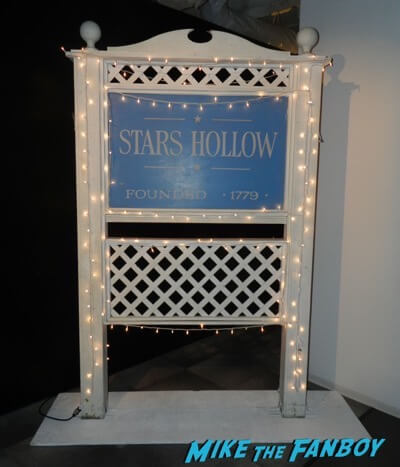 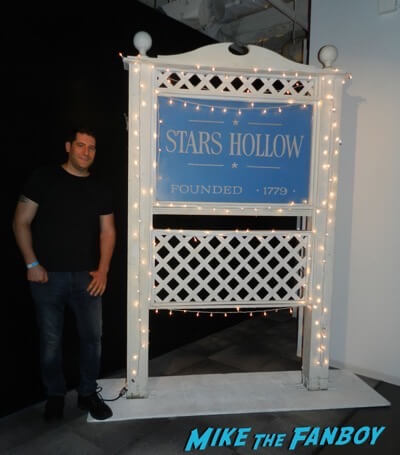 There was also the locker from 13 Reasons Why as well. It was pretty cool. 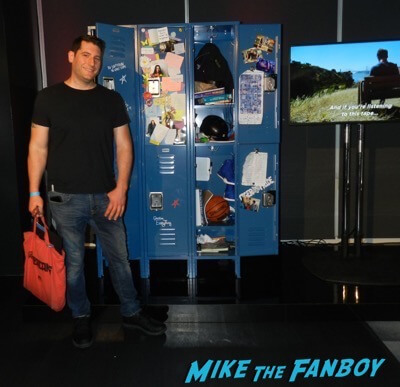 We made our way over to the carpet and saw the two stars Dylan Minnette and Katherine Langford doing interviews. We waited to see if we could catch them on their way out. 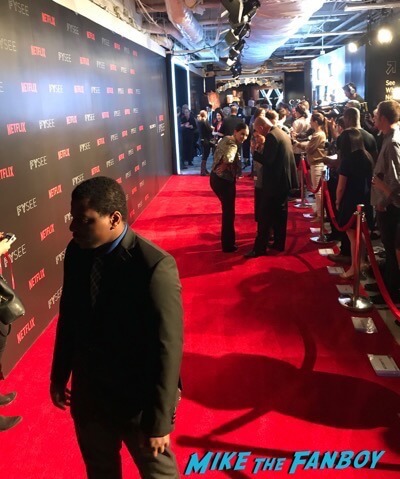 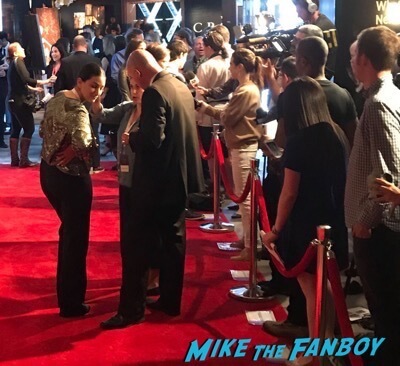 I met Dylan previously at the Ray Donovan event and he was hyper cool. So I wasn’t worried about getting a photo with him. Honestly, it wasn’t very conducive.

The didn’t give the stars time to mingle that’s for sure. 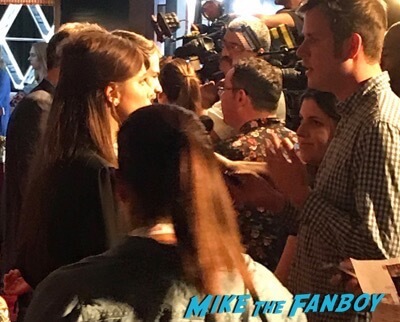 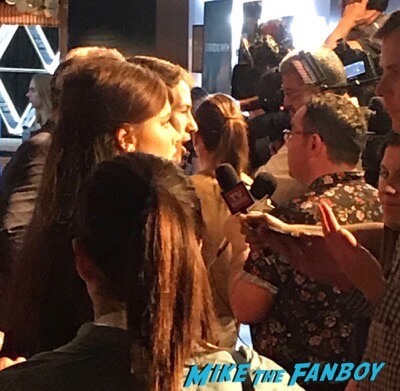 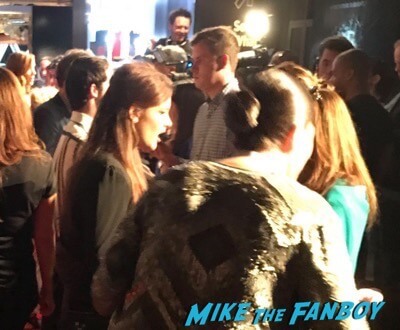 After the carpet Katherine Langford came over and did three photos and signed one thing. Her publicist said she would be back but you know how that goes.

Neither Lisa or I got her.

Dylan Minnette was finished and came over signing one each for everyone and he did as many photos as he could. 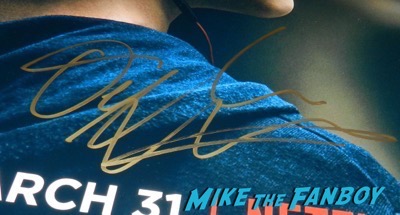 Katherine Langford was leaving and we tried to catch her but were shooed away. We made out way to the other side and shockingly were the only ones waiting.

Katherine Langford was so sweet. She saw us and asked if she could sign for just us and ran over.

She signed Lisa’s Emmy book and my poster and then we got a quick photo. Katherine Langford said, “I can’t believe you guys know who I am, so I had to come say hi!” 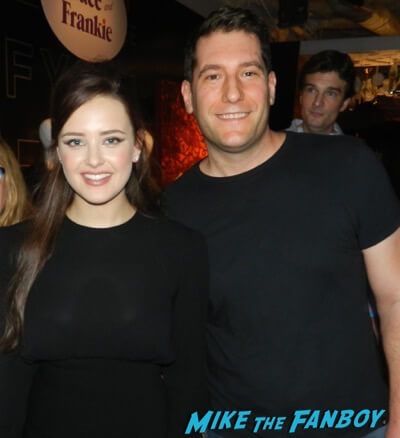 Her publicist was also nice to accommodate as well. 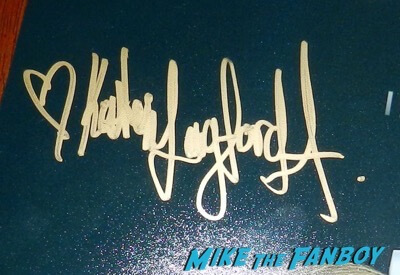 It was a fun putting for sure! 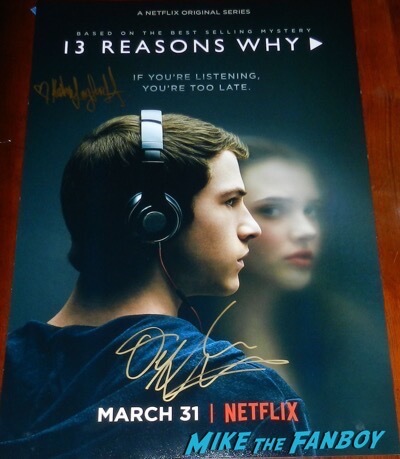