The 2016 BAFTA Awards were a great night and Sam, had a blast on the carpet. She was able to meet a bunch of people including Michael Fassbender! Leo DiCaprio, Kate Winslet, Taron Egerton, Idris Elba, and more!

She did a great recap for us, check it our along with her photos below!

Well the time has come for the 2016 Bafta film awards. There were some interesting names nominated and I waited eagerly to see who would come over. The main ones of interest were John Boyega and Steven Spielberg.

I arrived a lot later than I had wanted having spent 90 mins looking for a parking space. I joined the already lengthy queue which got even longer in front of me by several people thinking it was okay to push in even being told we aren’t pushing in just talking to old friends. We will be back behind you later.

Later never came, surprise surprise. Luckily for those of us those people had be rude to soon got their come uppance by them calling us out in e mail order.

Got our place and then waited about a hour for the guests to start arriving.  First up was Bel Powley, star of Diary of a Teenage Girl, she had been nominated for a rising star award along with Taron Egerton, John Boyega, Dakota Johnson & Brie Larson. She signed my auto book as I had no photo. Next up was Alicia Vikander. 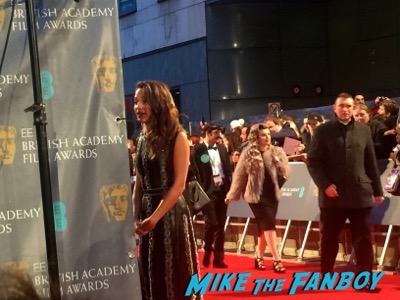 Had a photo of the movie cover of The Danish Girl which she signed and I later got Eddie Redmayne on. The next one I got was one I was waiting to add, John Boyega. He signed my Finn photo. 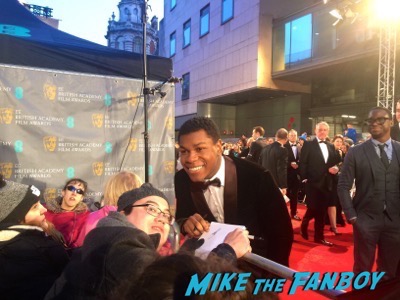 Also added a few in my auto book as I had no photos for the presenters as the list came out too late:- Sacha Baron Cohen, Isla Fisher, Matt Smith, Rooney Mara, Saoirse Ronan and a couple of others. 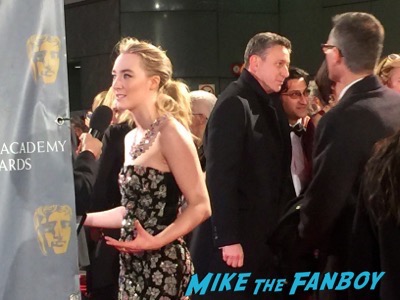 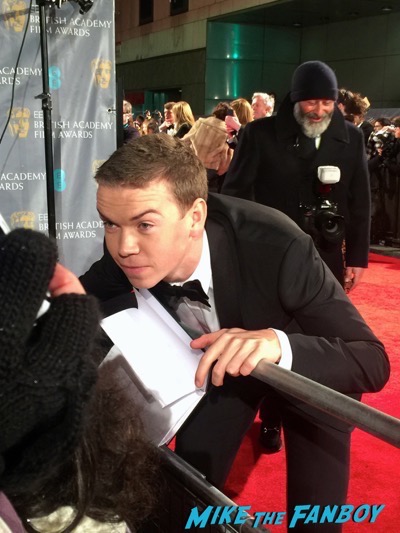 Michael Fassbender posed for a selfie for me and signed my photo. 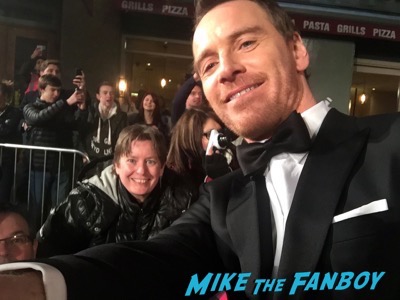 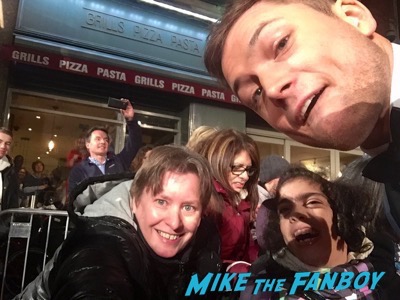 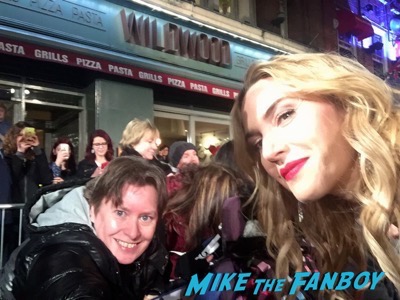 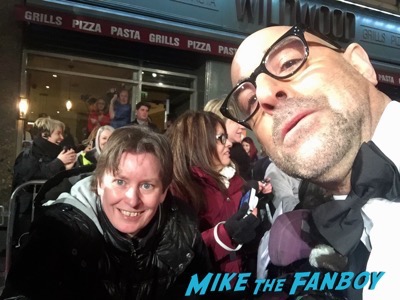 Matt Damon to my The Martian photo, Kate Winslet to my Oscar photo, Taron Egerton to my Kingsmen photo, Idris Elba to a Luther photo, 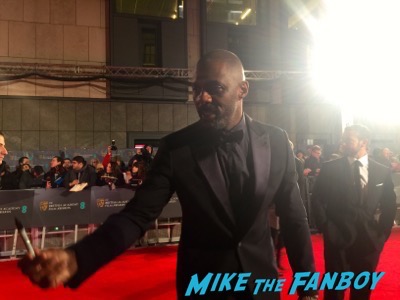 Steven Speilberg to a photo of him and ET and Bryan Cranston to my Breaking Bad photo. 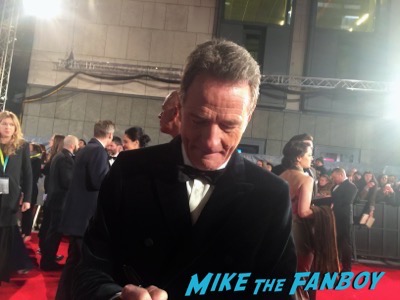 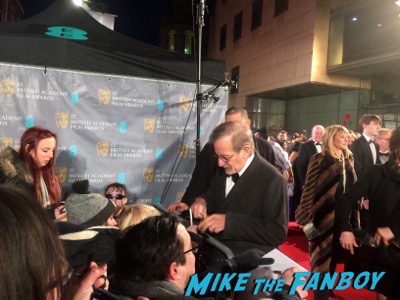 The Leonardo Di Caprio autograph was not good. All I got was a L on the darkest part of the photo.  Also got Noel Clarke on a Bafta photo and Mark Ruffalo on my Hulk photo. 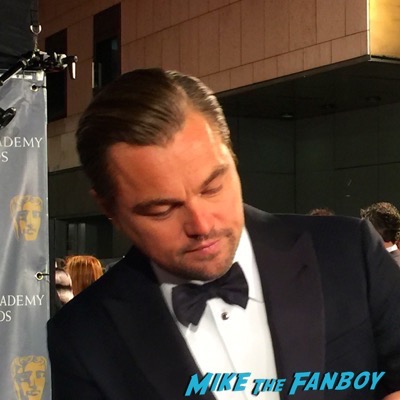 So a good night overall. Which was topped off by finding out Steven Spielberg had only signed for those in our area.