Its been full of challenges for me, personally, professionally and more. However, it’s always fun to look back on all the things we’ve done and gone through, the moments we forgot, made fools of ourselves and just plain loved.

Lisa-Lisa – Joan Jett— Was so excited to see her do a small live set after her doc screening this year. Scotty and I got there early, and miraculously caught her behind the theatre about an hour before the show when she went int to sound check her gear. I had her sign my my Joan Jett Barbie— she was So sweet, and the luck was with us in a big way because she did nothing after the show.

Billy – Probably my favorite celebrity this year has been Evan Rachel Wood.  I’ve seen her a number of times following her concerts and Westworld.  The best encounter with her was the Halloween Concert she had.  Me and a friend dressed like characters from Westworld and she loved it. 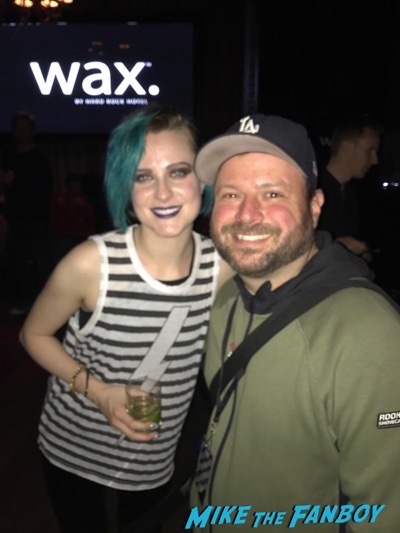 The Novel Strumpet – Once again, the Historical Romance Retreat was a blast. Getting to dress in historical costume for almost a week. Taking classes from authors who write in the genre. It’s not a convention, because the classes are not panels, they’re interactive and based on things the authors have become experts on through writing historical romance.  Like etiquette, swords/dueling, parlor games, dressing/undressing (p.s. it’s a lot of clothing), dancing, etc. It’s a great way to really have the chance to meet and interact with authors.

Big Mike – My favorite quasi encounter was with Eddie Murphy. He drove by on a set and had his handler grab everyone’s shit and signed it in his trailer. Regardless, I got my Beverly Hills Cop poster signed by on of my all-time idols.

Suddenly Susan – Meat Loaf! I LOVE his music, he’s is a rock n roll legend, and he is the kindest, sweetest man you’ll ever meet. He LO)VES his fans and gives each and of them very personal one on one time – no rushing people to make an extra buck!

Mike The Fanboy – I think my favorite encounter this year was at the Star Trek: Discovery event. I love the show so much and really getting to talk with the cast and having them sign a couple posters. It was really a perfect afternoon.

Lisa-Lisa – In February, I Went to a Tim Curry art tribute. The line was first come first served to get in, so the line was growing as I saw Curry’s van turn the corner and pull into the back. Since he’s wheelchair bound, I knew what to look for. IT had been announced that he wouldn’t do selfies or signatures, but my friend wanted to say hello (As did I) . I was afraid to approach, my friend wasn’t. I saw them chatting, and Curry waved me over. My friend says “this is Lisa” —Curry replied “I know Lisa”.  I was shocked and delighted that he remembered me from a couple of other encounters over the years.

Scotty – Heidi Klum was over the top friendly.  I was excited that she signed my items so nicely! 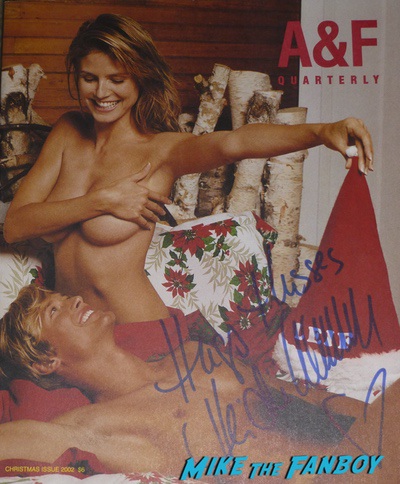 Billy – I hate staying on the Westworld train, but Thandie Newton was a sweetheart every time I met her.  She had been tough in the past.  I don’t think she likes big crowds, but if you get her in a low key she is amazing!

Big Mike – I got to work with Jennifer Garner on a set and she made sure to make everyone feel welcome in her home.

Suddenly Susan – I hate to repeat myself, but Meat Loaf – I was actually scared to meet him. I hadn’t heard any stories or encounters at all, expect for one person whole told me he was not nice at all. I was super nervous. (I have to get my encounter typed up – I’m so behind!).

Mike The Fanboy – I think Harrison Ford, I’ve met him before obviously, but when he signed for Scotty and I this year it was such a shock and he went out of his way to be cool. So, it shocked me quite a bit. 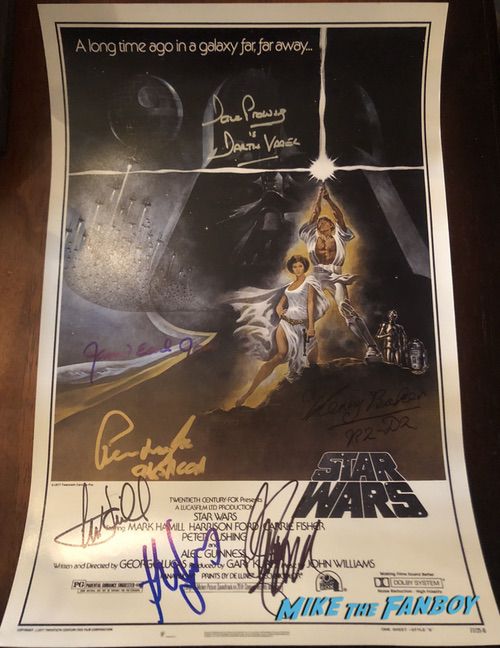 Lisa-Lisa – Kurt Russel! Ive had a crush on him since “The Barefoot Executive”. He hosted an event for his nephew’s Netflix Documentary “Wild Wild Country.” HE was sequestered in a VIP area ind did only one or two selfies, but as he left< I caught him walking out to his car and got him to sign a Pop from Hateful 8. He was with Goldie, which was a bonus, but she was a little further away and surrounded y guards. Ill get her next time….

Scotty – It was so nice to finally meet Ben Stiller and to tell him how much I loved Reality Bites.

Billy – There’s a few I want to put down, but the one I was most excited about was Julia Garner.  She absolutely crushed it in Ozark, and I’m a big Sin City fan and always wanted to meet the curly blonde Marcie!

Jordan – The Chainsmokers. Being a huge Chainsmokers fan seeing them four times in concert and never having the opportunity to meet. It finally ended in 2018 when I met 1/2 of them in Alex Pall. It’s a big deal to me meeting musical artists that you play over and over and never get sick of their music.

Big Mike – I finally met Paul Reiser and got him on my Aliens poster after a three year wait. He was cool and brief as expected. Also, Danny Trejo after a 10 year wait. He signed everything everyone had. Sweet!

Suddenly Susan – Karl Urban – a tad disappointing. He was nice and all, but very generic, not engaging at all. Better than being an ass though, which happens even when you pay for the autograph. He may have been super jet lagged. I’d have to meet him again and compare.

Mike The Fanboy – Maia Brewton, you may not know who she is, but Maia played Sara the youngest daughter in the movie Adventures in Babysitting. I’ve been wanting to meet her for a long long time and she was so sweet. Sometimes it’s not the biggest celebrity in the world, but the most fun moments! 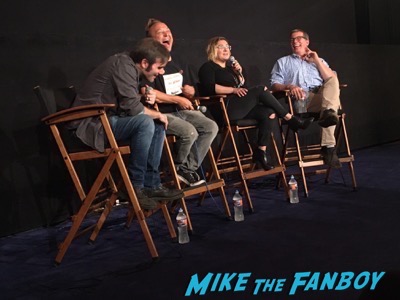 Lisa-Lisa – Nikolaj Coster-Waldau —Jamie Lanister from Game of Thrones. Argued with me rather than taking a selfie. Could have taken 20 selfies in the time it took him to say “no. All I said was “Can I get a picture with you”? The rest of the conversation was him saying I don’t do it and him cutting me off when I said “but…” a couple of times, not even letting me say anything.

Scotty – I was finally able to meet Lucy Boynton.  She was in one of my favorite films, Sing Street.  I was thrilled to finally get to tell her how much I loved the movie.

Billy – I’ve gotten better at this, but cute girls still get me sometimes.  I’d probably have to say it’s a tie between Adelaide Kane and Amber Heard.  Probably sounded like an idiot both times, but both were nice and took my bumbling well.

Jordan – Black Panther Director: Ryan Coogler. It might not be big to others in meeting Ryan Coogler but, going to the same school he attended and looking up to someone who speaks up for equal rights and a movement of equality.

Big Mike – Most of them.

Suddenly Susan – Tom Welling – no one’s fault, but my Paint Pen exploded as he was signing my Smallville POP – awkward!

Mike The Fanboy – It has to be Sonequa Martin-Green. I was a blubbering mess. LOL. I mean, I just emotionally spewed all over her and she was so nice. I didn’t expect all the feels to happen, but they did. Crazy after all these years, things like that can still happen. 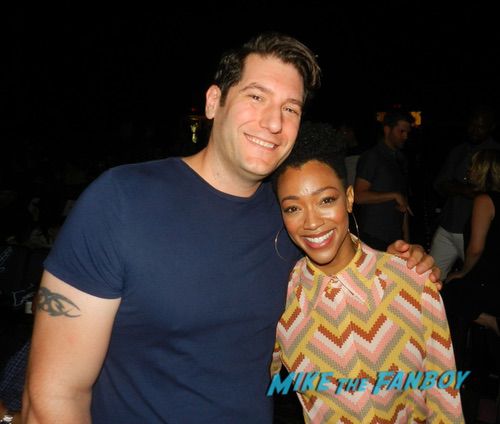 Scotty – She continues to be on the list: Dolly Parton