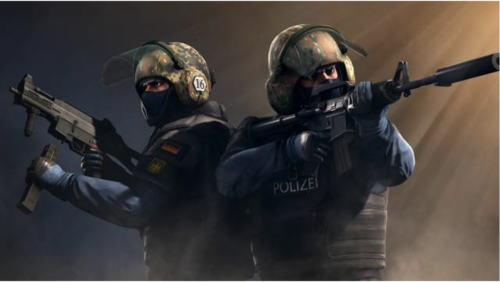 Well, we’re one week into 2021 and not a whole lot is different – if anything, life has become even more restrictive for quite a lot of us. It’s started on a hard note but that’s made even worse by the fact that January is typically such a slow month for the gaming industry. Everyone’s already gotten the big stuff out of the way for Christmas, and right now it just seems like the gaming world is endlessly refreshing store pages in the faint hopes of securing a PlayStation 5.

Regardless, we’ve taken a run through some of this week’s headlines to keep you in the loop. Make a hot drink, put on your comfiest pants and sit down – you’re probably not going to get a PS5 this month anyway.

CounterStrike: Global Offensive takes competition seriously, punishing players who leave games early with harsh penalties. For years, they’ve replaced absent or kicked players with bots that can be taken over by a dead teammate. They haven’t come out with an official for the change just yet but it’s safe to assume it’s down to toxicity – because when isn’t it these days?

It was fairly common for teams to kick underperforming players, figuring another life for a good but dead one was a worthy exchange. Unfortunately it’s not up to CS:GO competitive teams to play god like that, and as such the bots have now been thrown out entirely. They haven’t been replaced by any other system, so teams are going to have to learn to play nice.

This might be influenced by other titles in CS:GO’s sphere – Riot’s Valorant uses a similar system but offers the disadvantaged team a cash boost in return. There’s no such compensation offered yet for Counterstrike, which is something of a disappointment. Valve have clearly decided to chuck the whole lot out rather than go through the process of fine-tuning adjustments until they find a good balance.

For more information about competitive gaming, check out this rundown of StarCraft II News for 2021.

Eli Roth’s screen adaptation of the beloved Borderlands series is still charging ahead, with Cate Blanchett attached to play Lilith and the horrifying rumours of Kevin Hart playing Roland churning the old mill. These casting choices are certainly raising some eyebrows – Cate Blanchett is a fantastic actress, and she proved her badass credentials with her turn as Thor: Ragnarok’s antagonist, but it’s hard to imagine her as Lilith. Especially hard to imagine anybody (besides The Rock) trying to foster onscreen chemistry with Kevin Hart.

We’re probably going to end up with a typical blockbuster game adaptation, and it’ll be hollow and overproduced with a few sparks of good ideas/performances here and there. Or it could be an amazing, faithful adaptation – but we’ve all been hurt before when it comes to this subject. Many, many times. It has a lot of potential, but that could go both ways, and it’s probably best not to hold out too much hope for Borderlands: The Movie. Unless it’s just two hours of multiple actors throwing Claptrap into various horrible machines, in which case I’ll go and see it five times at the IMAX.

Rockstar’s biggest cash cow has still got plenty left to give, apparently – it sold more than one million copies in 2020, and was the UK’s third biggest seller of the year. It outsold Animal Crossing: New Horizons and Assassin’s Creed: Valhalla, both extremely highly anticipated new releases. And this is before the enhanced versions for new consoles hit, which is due sometime in the middle of 2021.

That’s fairly impressive, considering the game is seven years old at this point. Something about a sucker being born every minute? GTA V’s massive online playground has long outlived the story mode, and completely eliminated the need for single player DLC to be developed. In all honesty this probably doesn’t bode too well for the franchise’s future – is GTA VI just going to be a barebones vehicle for a new online map? Or are we going to see their trademark snarky storytelling make a return?