One of the films I’m really excited about is 20th Century Women. I love the cast and I’m hoping it’s going to stick with me just like The Kids Are All Right did. I love that movie so so much.

I wasn’t able to get into the q and a because it was in the middle of the work day, so I thought I would try and get people on the way in and out.

But since there are five calm people here, I’m not worried. I know I said four before but we had a strangler and now there’s five.

I brought the movie poster with me and a DVD for Billy Crudup as well as a Bugsy poster for Annette Benning.

It’s calm but time is running short. The first to arrive is Lucas Jade Zumann and only two of us have something for him. But he looked over and made some kind of motion like “yeah I’ll sign but I’m getting stabbed in my anus hole with a hot poker right now” …. and then ran inside.

If you need clarification of the being stabbed with a hot poker in the anus face, just take a minute and picture it.

So, now I’m getting made fun of for not getting Lucas Jade Zumann, who of course will be the thorn in my side in getting this poster signed.

Billy Crudup and Greta Gerwig arrive and say they will sign after.

Then Annette Benning arrives and is nice as can be. She signs one each down the line. I love her. It’s so sweet of her and she’s ever so gracious.

Billy Crudup leaves and is hyper cool. He comes right to us before we even have to call him. 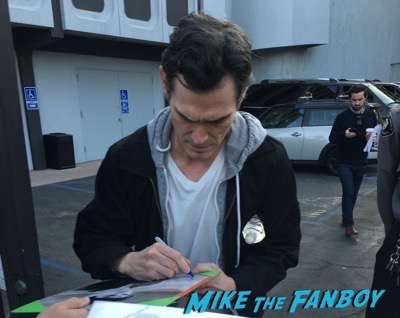 Nice as can be. I told him that Almost Famous was my favorite film of all time and he said it was an honor being in it. 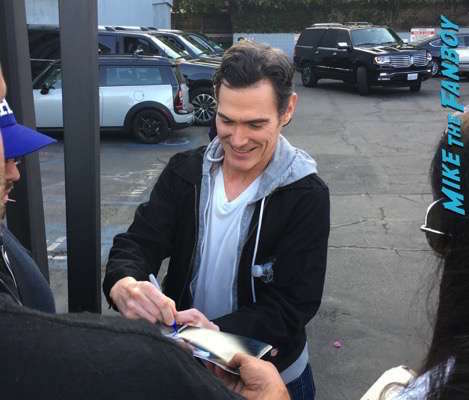 I already had him sign my Almost Famous props before so I just brought this with me as a bonus. Maybe I’ll do a giveaway if anyone cares. Just let me know in the comments!

Then Gretta Gerwig leaves and again, she’s so cool. Comes over to sign and is adorably sweet.

I see Lucas Jade Zumann. I say Lucas would you mind signing my poster, I’m the only one.

He looks at me and his face does something that resembles a puppy with a mouthful of gummy bears and says, “I gotta go.” Of course this is after he talks to a dude and takes a selfie with him three times because he has a fucking cell phone.

Heaven forbid he scribbles on my damn poster. Oscar nominee Annette Benning can sign but not Lucas Jade Zumann.

THEN… THEN the kid drives right past me in the front seat and fucking waves!

YEah, I was getting made fun of quite a bit.

Funny enough Goth said, “There’s always one person in a cast that won’t sign.” as Gretta Gerwig was signing for us.

Lucas Jade Zumann you will not defeat me! 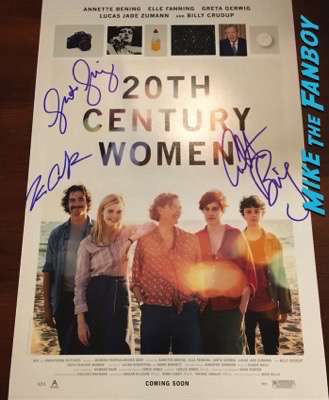 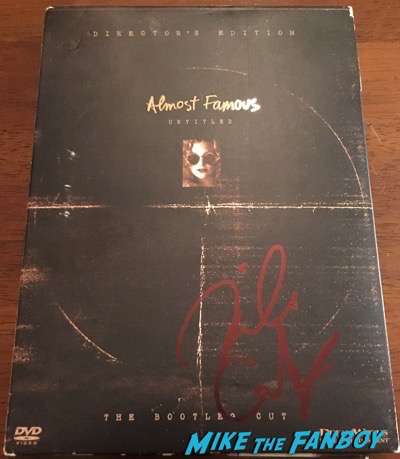