Teen party films fall into one of two categories, they are either raunchy as in American Pie or Coming of age sagas like Perks of Being a Wallflower. It’s rare when a film tries to blend both.

In 21 and Over, a new teen film that tries to have it’s party and it’s emotional center as well, Jeff Chang (Justin Chon) is a medical student being bullied by his father. It’s his birthday and Jeff is getting ready for a job interview the following morning. 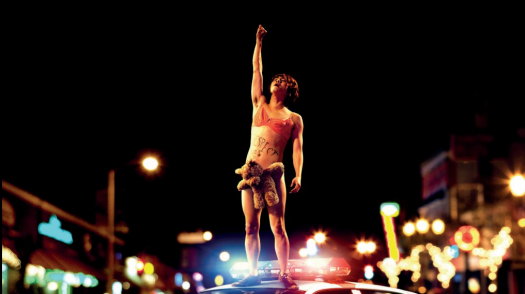 Without notice, his two friends from high school, Miller (Miles Teller) the goofy stoner dude and Casey (Skylar Astin), the straight laced student of finance, come to surprise him. Jeff persists that he can’t go but then relents and heads out for a night on the town… For one drink. 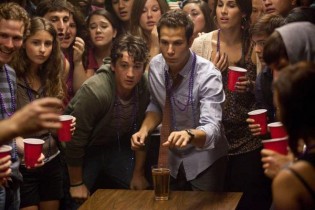 One drink turns into a night of debauchery. Jeff Chang, gets so drunk he passes out and the guys can’t figure out where he lives to take him back home. Party hopping, Latina sorority break in’s, male cheerleaders with rage issues, and police chases later they finally get back with revelations (Miller dropping out of college, Casey never taking a chance in his life) and friendships left intact. 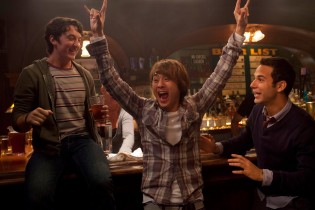 Jon Lucas and Scott Moore, the guys behind the Hangover, wrote and directed 21 and Over. The premise is very similar to that now infamous comedy. While this film doesn’t deliver the laughs that The Hangover did it’s still a fun film work a look. 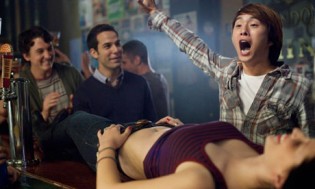 Skylar Astin made a huge splash in Pitch Perfect and here he gets the lead. He makes the most of the opportunity and makes a charming leading man with a bit of an edge. Twilight’s Justin Chon, also fares pretty well and is quite sympathetic as a son trying to please his family. 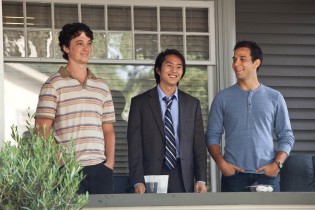 The three leads makes a nice ensemble and the fact is, I actually enjoyed the film. To be completely honest, I didn’t want to like it, and while it’s not breaking any molds cinematically, it’s a fine movie to pop in on a friday night.

The bonus features include a fairly standard gag reel, Levels of Intoxication where star Justin Chon shows the different levels of inebriation and how he played them in the movie, and Tower of Power where the actors break down the different levels in the game played at the frat party.

While the special features aren’t breaking any molds, which is much like the film itself, they are still a pleasant diversion.

21 and Over is available on Blu-ray and DVD! 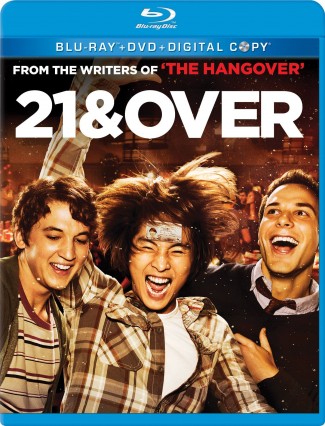