Home / Fanboying! / 300 Star Gerard Butler Proves that He Is Sparta! By Being One of the Most Fan Friendly Celebrities Around! Autographs! Photos and More!

I have met Gerard Butler a few times now, and I have to tell you… He is so nice. It’s hard to always make time for people, but he’s one of the rare ones who, when he can, always takes time out for people.

Check out CB’s report about meeting the 300 star after the jump!

Well, today I was going after one on my favorites again, the great Gerard Butler! I’ve met him before and he was super nice. Everyone on the MTFB family likes Gerard, but I’m such a big fan of 300 I will always make the effort when he’s out and everywhere he is, you can hear woman’s gasps. See, no celebrity has a more devoted fan base than Gerard Butler, and those fans love them their Gerry! They are everywhere he is and Gerard makes the effort to always greet them.  So he was in town doing a talk show appearance and I had a great 300 picture made and went along my merry way to hopefully meet King Leonidas once again! FOR SPARTA!!!!!!!!!!!!!!!!

SPARTANS, PREPARE FOR GLORY! I arrive to the venue and I am greet by some friends. We are all here for the same person, but the problem is Gerard usually signs leaving, rarely going in. Still, I decided to try my luck, and sure enough, a few minutes later, he shows up! He signs 1 for each of us and then goes inside. 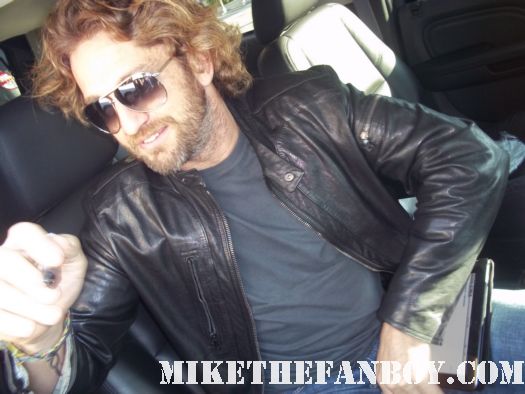 He’s so nice to his fans, I really wish my celebrities were like him. So now that he signs, I decided i want to leave, but then my buddy calls and says he wants to try for him leaving since he missed him going in. I had an extra photo and decided to stick it out.

THIS IS MADNESS……THIS IS SPARTAAAAAAAAAAA! So as I’m waiting, I’m joined by the amazing Pinky from Pretty In Pink and the infamous Sam Trammell wall.

(Editor’s Note: What? Did Pinky bring her wall with her to meet Gerard Butler? M-)

I show Pinky photos from him going in and I don’t think i can say what she said, but she loves her Gerard! So we all wait and we see the SUV pull up, and its him. We are all lined up behind a barricade single filed so no pushing or shoving, and he comes over and greets everyone. 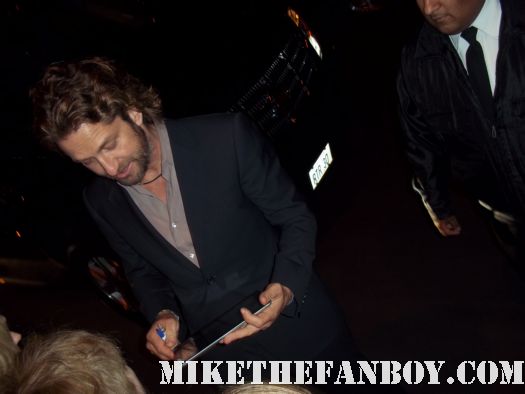 He takes at least 20 minutes with us talking with people, showing up videos, hugging his girls,  and being simply amazing. 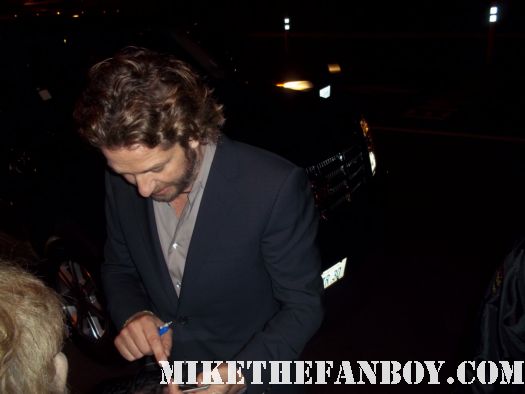 He takes photos with people who ask and signs autographs and Pinky gives him a Christmas Card…in January. 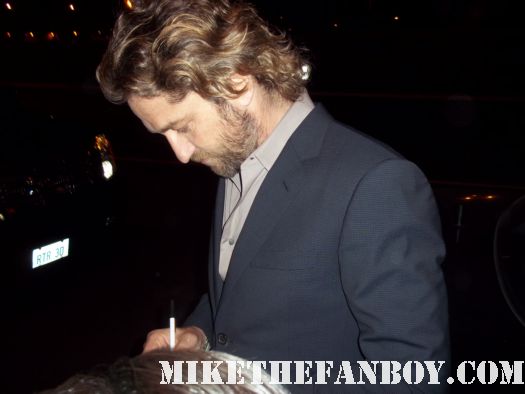 The guy was amazing and I’ll be a fan for life. Until next time, take care everyone. 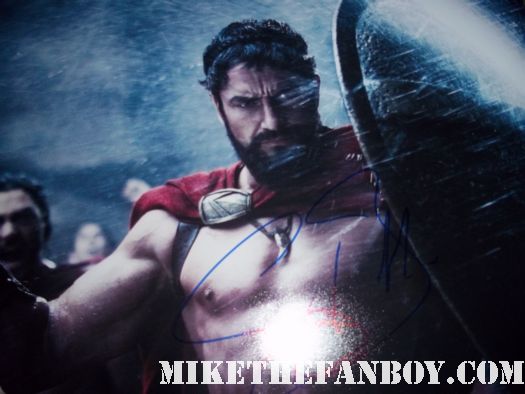