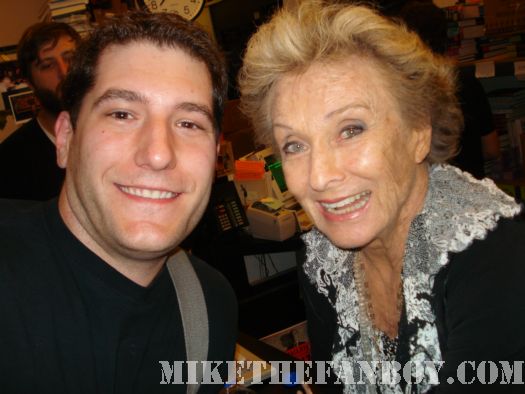 “You take the good, you take the bad, you take them both and there you have…” No, that’s not a statement about the current economy but the starting of the classic theme song from “The Facts of Life” which ran from 1979 through 1988 on NBC. Now, I was a wee young lad when the show first started but I tuned in during the shows later years which is when the subject of this Getting Around report comes in. Ms. Cloris Leachman took over for the departing Charolotte Rae for the last few seasons of the show and this is when I fell in love with the misadventures of Jo, Natalie, Blair and Tootie. Of course Ms. Leachman had and still has a remarkable career besides 1980’s sitcoms including starring in Young Frankenstein, High Anxiety, The Last Picture Show, and most recently a stint on Dancing With The Stars. She is in town tonight to promote her new autobiography aptly titled “Cloris.”

7:01 p.m. – Finding parking on Sunset sucks! Grumble.. I am running to the Cloris Leachman signing at Book Soup on Sunset. I love the signings at Book Soup, and as any reader of my column knows they have the best signings in the city for book fans, and even some great “big” signings as well.

7:04 p.m. – Okay, I got here, and they haven’t started! Yay, There are about 35-43 people here, give or take. A very mixed set of people but everyone seems in good spirits. I bought Cloris’s autobiography and am getting it signing for a friend of mine. I also have my Facts of Life script from 1983 that has been signing by the whole cast. I discussed this at length with a friend of mine and I just felt like having Cloris on it, even though she wasn’t in the episode would give closure to the whole series. I dunno, lol in my mind it makes sense so let’s all not question it.

7:10 p.m. – It looks like Cloris is about to start. I will say her energy seems a bit off, and I was hoping she would be in better spirits. She is not going to read from the book but is going to take some questions from the audience. 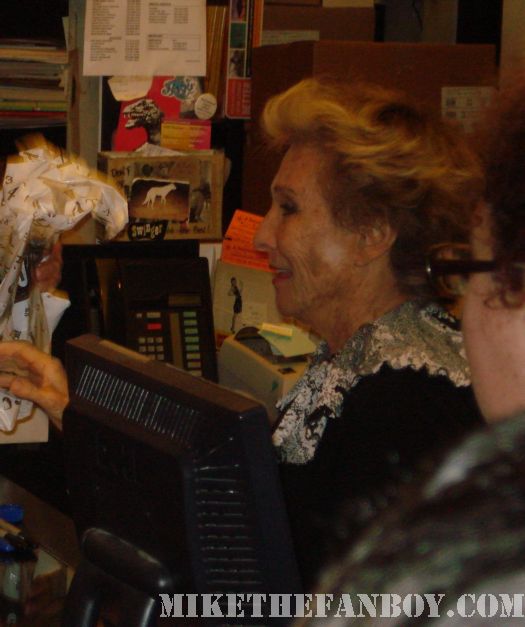 7:11 p.m. – I cringe during audience Q and A’s, the questions people ask sometimes are so innane and silly I just feel for whatever guest speaker has to answer them. Take a look at the Annie Lennox report for a good example of what I am talking about.

7:14 p.m. – There was a question about whether the 1970s sitcom “Phyllis” would be release to DVD, and I will say the questions are not that bad. Take a look at the video links provided to see some of them for yourself. 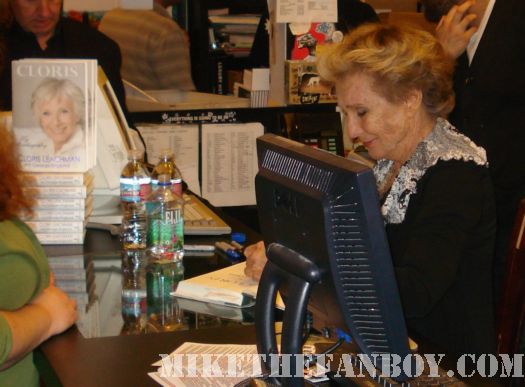 7:18 p.m. – I was really worried that Book Soup would not make it in this current economic climate. The owner of the store passed away recently and there were some rumbalings that the store might close. I’m happy to see it is still around and I encourage all of you, if you are in the Los Angeles area to check it out. They host some of the best book signings in the city and are still, as far as I know, an independant entity! 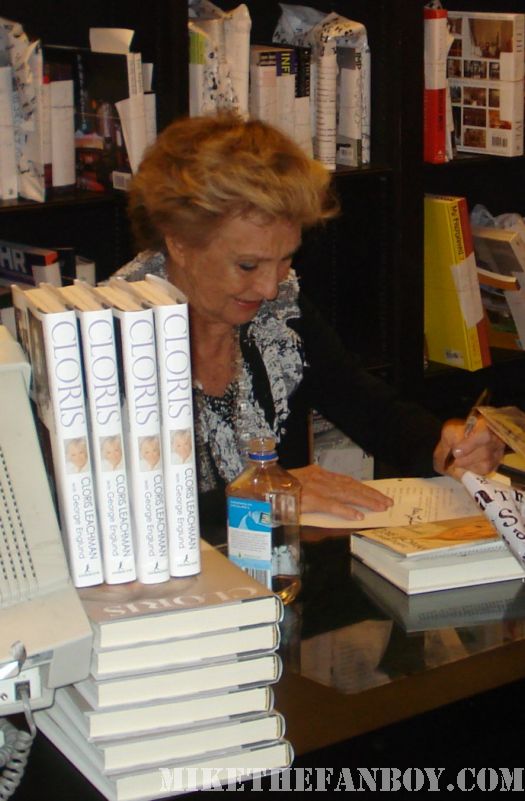 7:24 p.m. – The Q and A has ended and we are all lining up to get our things signed. We are told there will be no personalizing which kinda sucks, but what can you do right?

7:29 p.m. – The line is actually moving very fast, and I should be out pretty soon. I get a lot of people making fun of me for my love of The Facts of Life. I really don’t know why I love 1980s sitcoms so much, I mean Night Court, Growing Pains, Family Ties, etc… they are all so much fun to watch. I know that a lot of them don’t really stand the test of time, but they remind me so much about growing up. TV today doesn’t have… I guess it would be the “Fun” shows. There are some wonderful sitcoms on now, but it’s not the same. I dunno, give me “Small Wonder” anyday of the week! LOL… 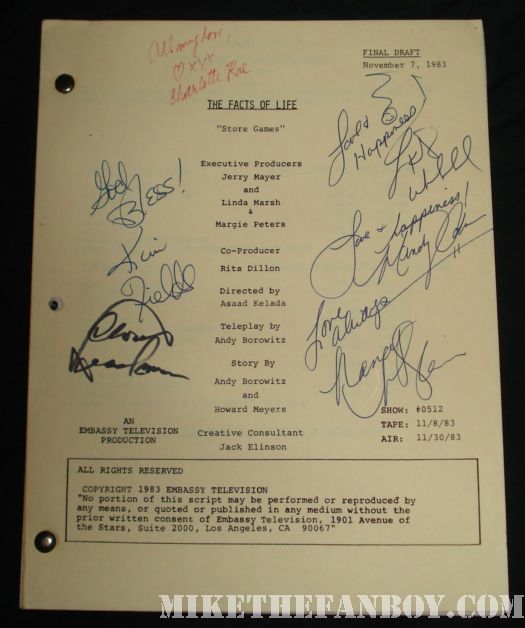 7:44 p.m. – And there she is Beverly Ann Stickle, I mean Cloris Leachman. She is very nice, and greets everyone so warmly. She signs her book for my friend, and I then ask her to sign my script which she thumbs through. She’s very cute. I then ask for a picture and she oblidges and is so nice and cordial. It’s always fun to meet celebrities and go to fun events like this, but meeting someone you grew up watching is even more special. Having them be sweet and genuine is priceless. 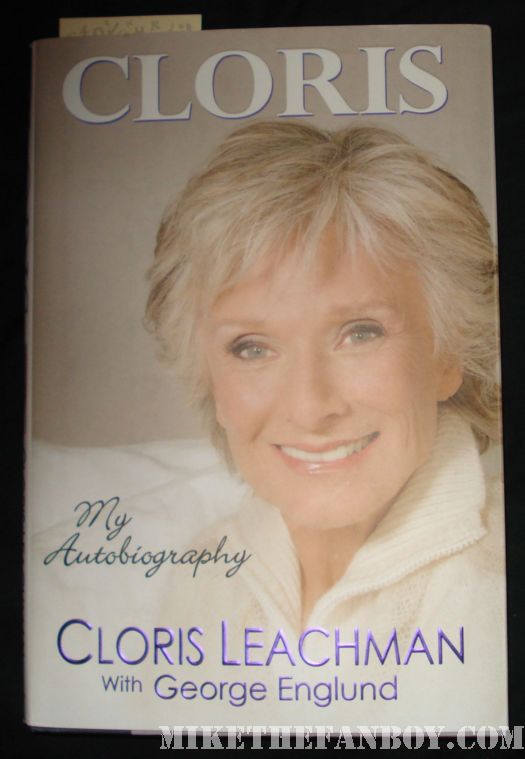