God bless Ace! I was hoping that we would have a full recap of the 42 premiere. Harrison Ford has always been one that’s hit and miss. I mean he’s tough. You honestly never know what you’re going to get.

At the 42 premiere Harrison Ford shocked everyone by crossing and signing… Now, I don’t think Harrison Ford has signed at a movie premiere in all the years I’ve been collecting autographs. To say I’m shocked is an understatement!

Ace was on the scene and got to meet a few people from the film!

What’s up autograph fanatics! Ace here with the recap to the 42 premiere! Oh yeahhh!

I had an event prior to the premiere… As Moz was saving our spots, Mr. C, Wheels, and
myself were racking it up in LA… You may see the recap for that later on…

As time passes, we run back and forth between the premiere and Rosario Dawson. Unfortunately, Dawson did not sign on the way in. Therefore, we went back to the premiere! 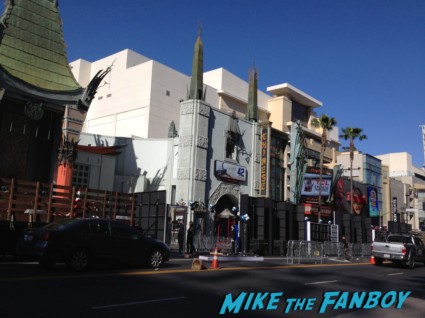 Probably our first arrivals. Rachel Robinson drove up… I was the only one begging her to cross! She was lingering on the sidelines, but it is very likely that she did not hear us.

Within a time frame of twenty minutes, Hank Aaron, Goose Gossage, Ken Griffey Jr., and Dave Winfield arrive… Of course, they all ignored us… It is not looking good at this point.

Chris Meloni arrives. It doesn’t look like he is going to sign… There is like only 4 people calling his name. Of course, I am one of them. Finally, we get his attention; we raise our magazines with his face on it… He crosses the street and motions that he is going to do the line. 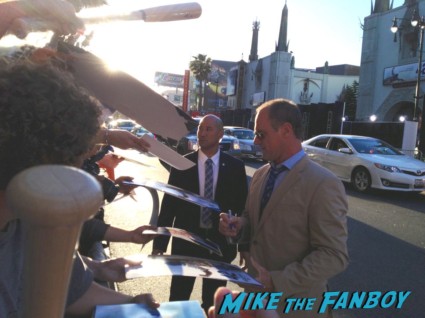 He was so cool. We explained how we wouldn’t watch SVU without him… He laughed… 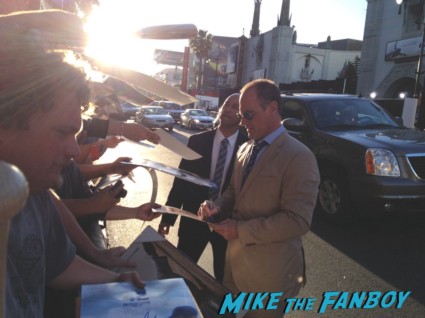 Signed our stuff, and went down the line. 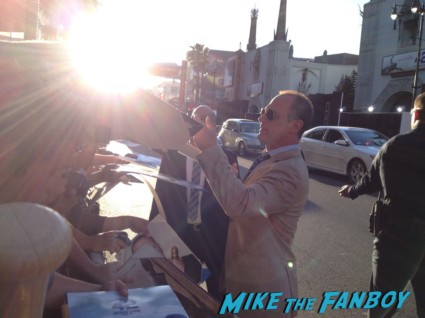 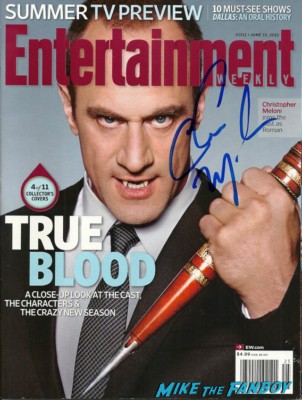 Chadwick Boseman arrives… We literally beg him to sign for us… He motions that he will come back later. Of course, he doesn’t. But then again, he doesn’t care… This is literally, his first major film… So sad that his ego has gone to his head… I heard that he was not a good signer in the past, but we will progress.

Lastly, Harrison Ford arrives… You can hear the chanting in the air. Everyone thinks the premiere is a bust. Harrison after several minutes of him motioning that he can’t do it… He starts walking across the street. He says to everyone, I will do the line… Of course, I am surprised… It is a rare occurrence that Ford signs as a premiere…

We wait anxiously has he comes down the line… The publicist tries to pull him, but he keeps signing. 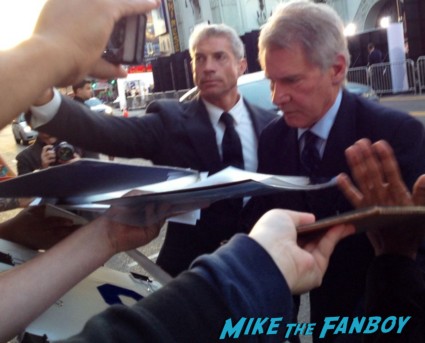 As soon as the publicist finally pulled him, he signed his last autograph, which was mine… 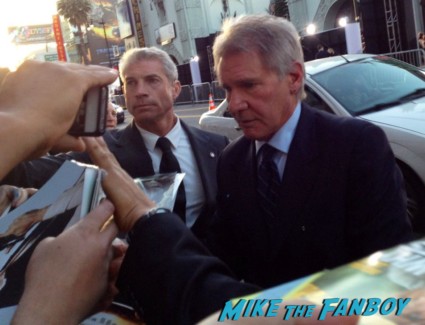 As he was talking, and walking away, he finished the Ford in Harrison Ford… While my brother, Moz, Mr. C, and Wheels were screwed, I was happy to get a rare one…

That night could not have gotten better, nor did it. Scotty and I failed at Debbie Reynolds, so… that was it for the night. 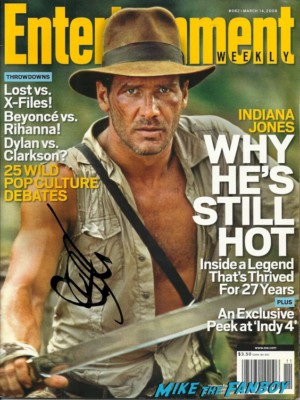