Home / NEWS / 6 actors who made their hobbies known 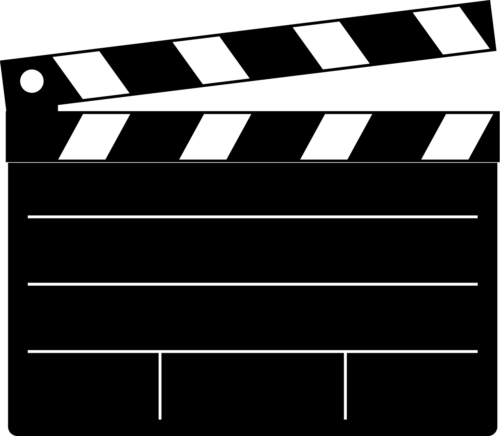 6 actors who made their hobbies known

Regardless of our respective professions, we all have some hobbies that might seem surprising and, in some cases, a bit strange to others. When it comes to celebrities, some of us might think that theirs must be related to the stage, films, sports or anything else that is related to their line of work. However, behind each of them lie hobbies completely unrelated with their line of work. Without a doubt, there is always something new to discover about the lives of our favourite celebrities.

Here are some of the most surprising hobbies that some celebrities have so you can learn more about them and what they spend their time on outside the camera.

American actor and producer Tom Hanks is one of Hollywood’s most recognisable celebrities thanks to his involvement in internationally acclaimed films. In the documentary California Typewriter, he revealed that he owns more than 250 typewriters, and can boast that 90% of them work perfectly. He began collecting them in 1978, and, in an interview, he recognised that his fascination with these machines is due to the great sound the keys make, the pleasure he gets from writing with them and the permanence of the letters on the paper, which, in the end, become a kind of an art form.

Acclaimed for his role in Grey’s Anatomy, actor Patrick Dempsey can boast of possessing various talents besides acting. From an early age he was very interested in everything entertainment-related, so he studied and practiced juggling, even participating in some competitions. In a television programme he showed his great skills at juggling. In addition to this hobby, another one of his passions is cars, loving the feeling of being carried away by the speed of racing. In 2006 he founded Dempsey Racing, a space for both car enthusiasts and professionals alike to share their passion of the world of cars.

Renowned Spanish actor, producer and director Antonio Banderas shared in an interview that his relationship with the fashion world started thanks to the Puig brand, a Spanish company dedicated to the fashion and perfume industry. When they planned to release a brand of fragrances under his name, Antonio Banderas became increasingly more involved in the whole process. Realising that he wanted to have a greater role in the managing of the project, he decided to go back to university and study design. His first designers collection was launched with Danish brand Selected Homme, and, after venturing to a few conferences on the subject, he became fascinated with Ecoalf, with whom the actor is working to launch a 100% eco-friendly sustainable collection.

Pamela Anderson is best known for starring in one of the most famous series of the late 80s, Baywatch. The actress captivated audiences across the screen and paparazzi chased her off-screen everywhere to report on what she was doing on a daily basis. They discovered that the Canadian actress and model has a passion for casino games. In fact, she first met one of her ex-husbands at a poker table. In 2007, it was even reported that Pamela wanted to open a casino in Las Vegas. Now, Anderson enjoys her free time playing casino games on her computer. Today, Canadian users like our aforementioned model can access Canadian sites with real money casinos for easy enjoyment. Some users prefer to play for free as there is no chance of losing money, but only playing for real money will give the chance to win for real. Progressive jackpots are a favourite among players, as the longer it takes for someone to win the bigger the jackpot will be. However, to enjoy the game you need to be familiar with the slots features.

We may remember this actor for his adorable role in the film The Devil Wears Prada, but Stanley Tucci is also a foodie. He revealed that, since childhood, food has played an important role in his life. That is why he published a book called The Tucci Table to compile his best recipes, showing his passion for flavour, as well as dedicating it to his family. On his Instagram account, the celebrity often shares some photographs and videos where we can see him cooking. He said he would love to open a restaurant and dedicate himself to it, but to do so he would need professional help.

Ben Stiller’s charisma has always stood out in his work. But as well as having fun in front of the camera, the actor has confessed that, when he was a child, the characters in the Star Trek series would catch his attention because of their distinctive colours as well as the background behind them. He was so enchanted by how well developed the story was that he couldn’t help but be a part of that world, so he wasted no time in buying as many figures as he could. His favourite character is Captain Kirk, as he identifies with him and considers him to be the coolest character of all time.