It feels like were a touch late for Christmas, but when it comes to holiday comedies is there really an expiration date? Christmas has long been the subject of bewildered and beleaguered tales of stressed out families trying to have the perfect holiday. These tales have been around since the beginning of film and it’s only fitting that the same subject has shown more intensity surrounding families than ever before. There’s such a need to be perfect, especially for mothers and make sure their kids are raised with care. 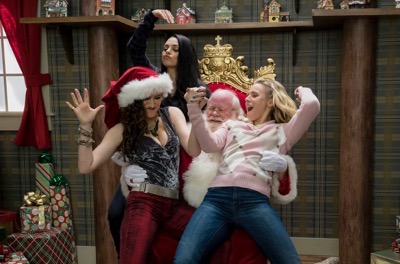 But everyone needs to cut loose sometimes, which of course was the subject of the 2016 comedy hit Bad Moms. Now, since that film did really well at the box office and was a fun accessible comedy, we have the holiday themed sequel A Bad Moms Christmas. It reunites the core cast from the original film and brings some laughs to the holiday season. 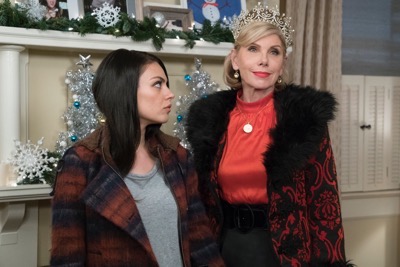 Christmas is the time of year to celebrate with one’s family and when you bring all kinds of people from all ages and backgrounds, there’s bound to be a few hiccups. It’s up to Moms to hold it all together. For the three “Bad Moms” from the first movie Mila Kunis, Kristen Bell and Kathryn Hahn, the pressures of the holiday are compounded by the fact that their moms are here to visit. Christine Baranski, Cheryl Hines and Susan Sarandon are the more “mature” Moms in this equation.

You would think with a pedigree like that, this second chapter would be chock full of laughs, but this sequel doesn’t hit the highs of the original. It’s fun and great to see the cast from the original film back together again, but the script isn’t up to their standards. The first film really upped the ante when it came to the high stakes of stress and balancing career and motherhood. Here, those stakes don’t seem to be as high. It’s like the creators overstuffed the film because they didn’t have a strong enough script. 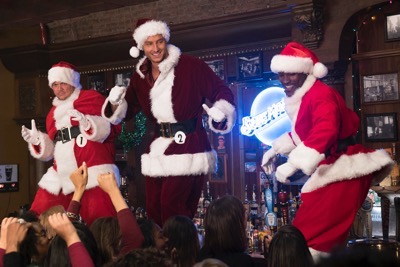 I still enjoyed this candy cane coated trip, but just wish there was a little more care put into the second installment of the franchise. The leads really carry the film and their chemistry is still as cracking as it was in the first installment. Kristen Bell plays the haggard mom better than anyone and really nails her role. Mila Kunis also gets her moments to shine here but the scene stealer is really Kathryn Hahn. She’s pitch perfect and steals so many of the scenes she’s in.

A Bad Moms Christmas is out on Blu-ray thanks to Universal Home Video. The fine details are excellent with the high definition transfer making the picture quality particularly crisp. You can really make out every detail in the sets and even the textures in the fabric of the costumes. A Bad Moms Christmas isn’t the kind of film that’s necessary to see on high definition, but it does make the viewing experience much better. 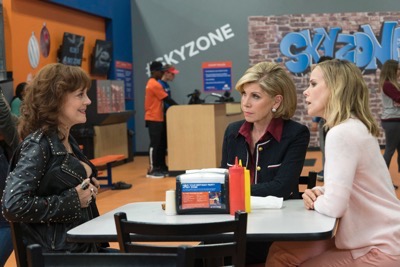 Gag Reel – About six minutes or so of bonus outtakes. Worth a look and a lot of fun.

Additional Scenes – This is a quick look at some alternate lines of dialogue and some quick takes.

Crew Music Video – This is a fun bonus feature with the crew doing a music video.

Theatrical Trailers – There are two different versions of the theatrical trailer. 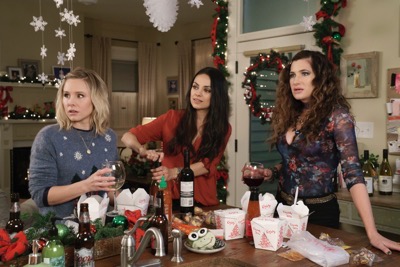 Overall, I enjoyed A Bad Moms Christmas, partly because of the goodwill of the first film. The second chapter isn’t as fresh or well written as the first, but it’s pleasing enough and should satisfy fans of the first. The cast really sells the comedy and their interactions and chemistry are the best part of this series. I say check it out.

A Bad Moms Christmas is out now on blu-ray!