Home / Billy Beer's Barstool • Fanboying! / A Big MTF Welcome To Billy Beer’s Barstool! Dishing On The Awesomeness of Kevin Smith and Rosemarie DeWitt! And Getting Dissed By Jessica Biel and Lisa Kudrow! Doh!

We need an official bottle of champagne to christen this the first article for Billy Beer’s Bar Stool! You all know Billy as he’s been writing in for a while now and he’s officially joining the MTF Fanboy Family! Round of applause!

Today Billy is reporting on his day of Fanboying from getting dissed by Jessica Biel and Lisa Kudrow to getting to meet Clerks star Kevin Smith and The United States of Tara’s Rosemarie DeWitt!

Welcome to Billy Beer’s Bar Stool, where you can sit down and become intoxicated with the wonderful adventures of an autograph collector.  Today I get a stiff drink from an old Friend, make that a double from Mrs Timberlake.  Fortunately, the quiet guy at the end of the rail, and a beautiful brunette were still able to make make this trip to the bar a success.

First stop of the day, we’re hoping to get some love from Jessica Biel and Kevin Smith.  Jessica, well let’s just say she knows how to look pretty.  I’ve liked her for a while, but I can’t really back it up with any good acting roles.  Now Kevin Smith, he’s done a few of my favorite movies of all time.  Mallrats and Jay and Silent Bob Strike Back to name a couple (sorry, even though it laid the ground work, I think Clerks is a little overrated).

(Editor’s Note: Billy! Clerks is overrated? But Mallrats if one of your favs… I.. I… But I admit Chasing Amy is brilliant!)

There’s only 4 of us here, so hopefully this will be quick and easy.  The first to arrive is Kevin.  I’ve been told he is super nice and always signs, but every time I’ve seen him, he’s been at someone else’s premiere and with his family, so he’s never signed.  He doesn’t even hesitate, he pulled right over and signed everything we had.  I got my friend a Mallrats mini poster, he lets me stay at his house for free during Comic Con, and I got a picture of Jay and Silent Bob for myself. 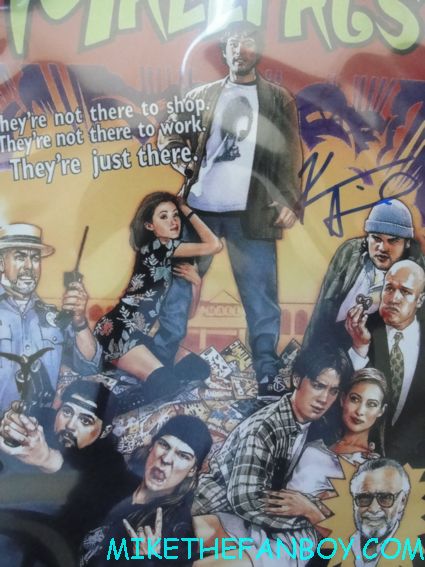 The one thing I did notice was he got a new hockey jersey.  He wasn’t wearing the orange and blue one he usually has on.  He has replaced it with a St. Louis Blues jersey (how did they do against the Kings in the Playoffs this year?) 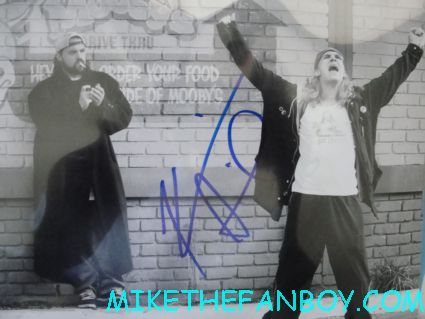 About 5 minutes later Jessica arrives.  Again there’s only 4 of us, and we even have a sign, but she screws us in an uncomfortable place and just drives on by.

Now my favorite part of this, the waiting game.  It’s like putting a dollar in a jukebox, and then hearing 20 songs before they play your song.  All your friends want to leave, you want to leave, but you stick around hoping to hear your song play.  We finally see Jessica leaving and now her car is headed our way.  She’s pulling over to the side, this could be happening.  Nope, she drives on by.  Oh well, I still have 2 more chances this week.  Off to the next stop.

Time to see our Friend Lisa Kudrow and Rosemarie Dewitt.  I’ve actually had good luck with the Friends cast.  Jennifer, Courtney, Matt, and Matthew have all signed each time I’ve seen them.  So even though I’ve heard bad things about Phoebe, I’m hoping my Friends streak stays alive.

Not many people here today.  I guess Rosemarie is already in, so we are just waiting for Phoebe.  She finally shows up, but she’s running late.  Think we’re going to have to wait this one out too.  Yup, she gives us a little wave, and rushes on in.  MONTAGE!  OK, she’s now leaving.  This isn’t going to happen.  She is ignoring us like we’re a bunch of smelly cats.  Maybe I can get her driving away.  I rush around only to watch her drive herself away and BARELY wave as she’s pulling out.

Hopefully Rosemarie will have a different result.  She was at The Watch Premiere (I think It was called “The Watch” Premiere, cause all the stars did is let us “watch” them as they walked on by without signing anything).  Rosemarie didn’t come over at the premiere, so I wasn’t sure how this was going to go.  Well it couldn’t have gone better.  As she exited she walked to the door to set her bag down and came right over.  She took pictures and signed whatever we had. 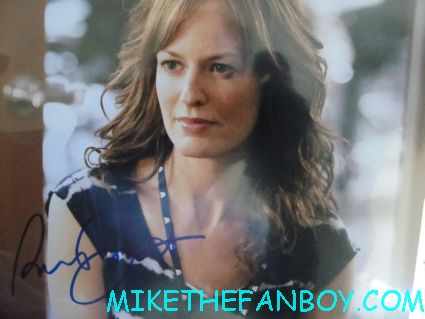 I had a couple things for her, and she was super nice. 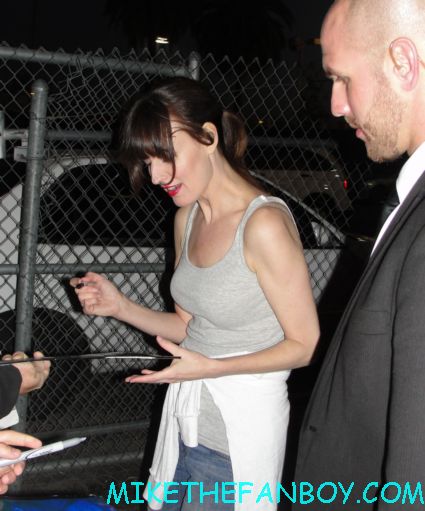 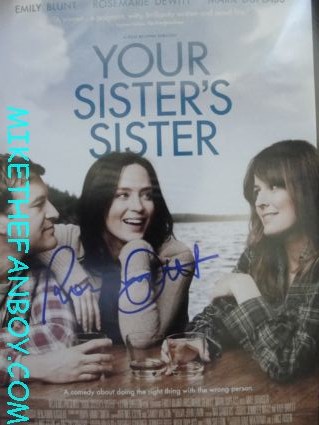 It only took about 3 minutes out of her day.  TAKE NOTE LISA!  Time to go, it’s happy hour somewhere. 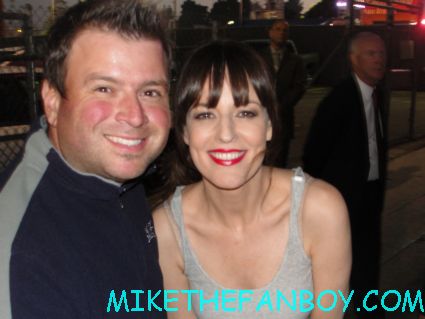