Give me the good old fashioned original and don’t fuck with it.

Wow, I just climbed up on my soapbox didn’t I? I blame George Lucas.

Anyway, the new poster for the IMAX rerelease of Raiders of the Lost Ark is out. It’s an interesting variation of the iconic original. But NOTHING bests the Drew Struzan original.

Check out the new one after the jump!! 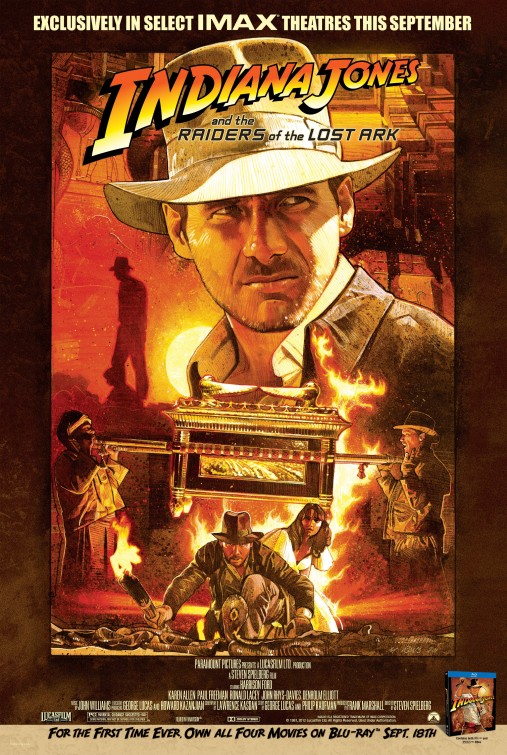