Billy Beer headed out for part two of his Jessica Alba adventure. This time it was for a film called A.C.O.D. and a number of stars from the film were there.

But would Billy get his elusive picture with Jessica Alba? I guess we shall have to see below after the jump!

After killing a number of hours, I head out to the Premiere. It’s a
small budget Adam Scott Film called A.C.O.D. and a number of celebs helped out on it.

I’ve heard a little bit of who’s going to be there, but the only thing
I have for anyone is Alba.

The first person I see isn’t even in the movie. It’s Tony from No
Doubt, only one of my favorite bands. I ask for a picture which he
gladly does. He’s a little shy, but he’s always so nice.
  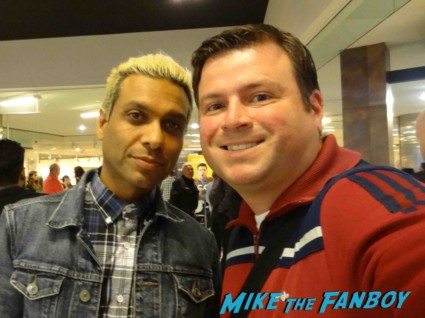 Next to show up is Jane Lynch. Crap! Left her picture in the car cause
I didn’t think she was going to be there. Teaches me! She signs a few,
I ask for a picture, and she turns me down.

Catherine O’Hara is next  to arrive. I’ve been told she’s tough, but she couldn’t have been nicer. She signed a number of things, and I was even able to get a
picture.  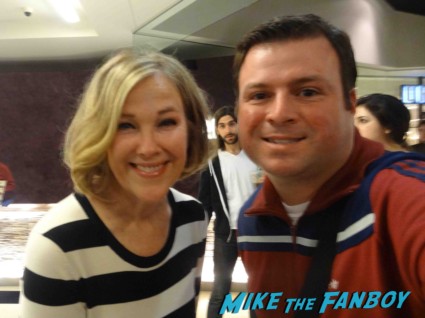 Next I see Adam Scoot wondering around. I don’t really bother him,
cause I have nothing for him, and I have a million pictures with him
already. Mary Elizabeth Winstead is next to arrive. They bulked up the
security a bit, but most of the graphers were behaving themselves. I
have nothing for her, but since she was looking beautiful as always, I
get a picture.
  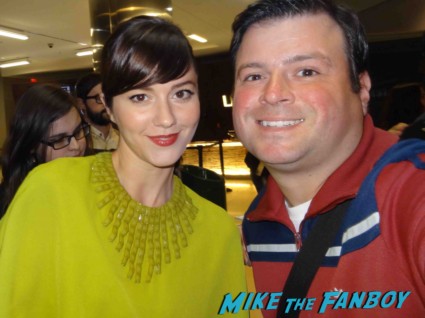 Alright, we’re running out of names! Time for my girl, and there she
is off the elevator. We go up to her, and she signs again. Instead of
asking for her to sign something, I ask for my ever evasive picture.
No luck. Security guard yells “NO PICTURES” So I bust out another
photo, and have her make it out to Billy. 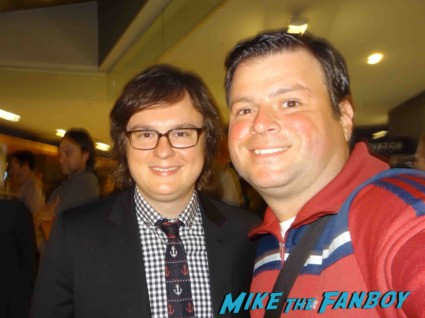 No picture with, but still a good premiere. I don’t even wait around
for anyone else. I got what I was looking for. Plus, it’s Happy Hour
somewhere! Till next time!