God bless The Novel Strumpet! She’s back with another kick butt book review! Steampunk-ish! Paranormal! Romantic! I mean hello! how can you not like this!

The novel is titled, A Conspiracy of Alchemists and is the first in a series by Liesel Schwarz.

Check out The Novel Strumpet’s book review after the jump!

This is the first in a series about Eleanor “Elle” Chance. Victorian lady, ship (of the flying variety) captain and ‘something’ else. (Which I won’t tell you about because that will spoil the story.) Elle’s been hired by a friend in France to transport an object back to England and things don’t go exactly as planned. She’s nearly kidnapped, rescued, chased by cops, pretty much has to hijack her own ship, partner with the most annoying man she’s ever met and make a channel crossing by night. And that’s just in one evening.

Mr. Marsh, said annoying man, has secrets of his own and the object Elle is carrying is very important to him and his compatriots. To his surprise he begins to suspect that Ms. Chance is not just some ‘liberated’ woman, but may actually be the answer to all the hopes his kind have nearly lost.

There’s a balance that is being upset between the Shadow and Light, and Elle may just be the balancing point. However, she is unwilling to believe and time is running out. A war is brewing and in the end Elle and Marsh will have to face their growing connection, mounting betrayals, and possibly the end of the Light. 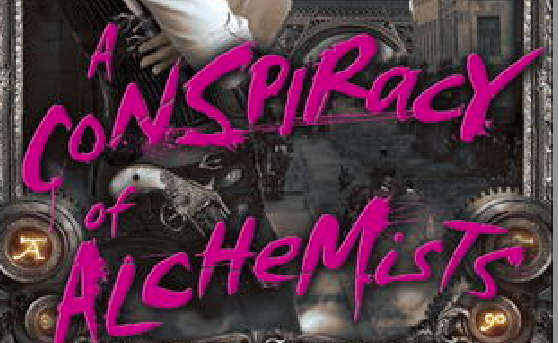 Damn that is a fantastically vague book synopsis right? High five me! Seriously, though, I really enjoyed this book. I mean it’s steampunk-ish, paranormal, romantic…you know all the good stuff. Plus it pulls in mythology which I adore. Wins all around.

And I don’t really like being vague about it, but honestly telling you what the object is, why Elle’s so important, who Mr. Marsh really is…well it’ll just take the fun out of reading the book. Everything has a purpose, means something, etc. I will say the ending was a little unsatisfying because it felt a wee bit rushed, but I’ll still pick up the next one.

And the romance isn’t gushy and is all sorts of messy because there really is a question of how much they’ll each have to betray each other since each one has their own agenda. Not to mention the agendas of the society Mr. Marsh belongs to, the society his enemies belong to, the fact that in order to help Elle save someone she loves he might just be destroying the one chance the world has at staving off the Shadow. Phwew.

Are there some issues with it? Well, yes, but it’s hard to find a perfect book. So long as I’m entertained then that’s all that matters and I found this to be a pleasant little romp of a story. 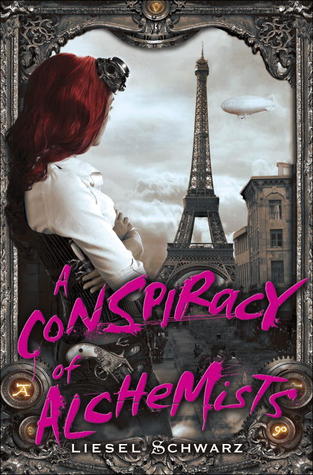