When it comes to thrillers, Gore Verbinski knows his way around a good scare. He is the man behind The Ring after all and now he’s back in A Cure for Wellness. The parallels between the two films have more than just the director in common, they also deal with the subject of water. In The Ring, Samara died by drowning in a well and in A Cure for Wellness, water is seen as not only the substance that gives life but also transports evil. 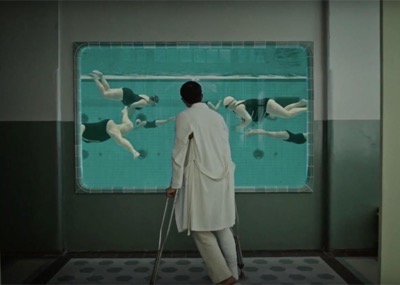 A Cure for Wellness, out now on Blu-ray, has a complex and intricate story that might take some sorting through to understand it. Lockhart (Dane DeHaan) is working at a corporation in New York City as an investment banker. He’s sent to the Swiss Alps to visit Pembroke (Harry Groener) who is a former co-worker who has to sign off on a document for a company merger.

The spa in the Swiss Alps, isn’t really a spa but a place where the elderly go but never come back. Lockhart, gets entwined in the whole situation and begins to suspect that the director of the spa, Heinrich Volmer (Jason Isaacs) is doing something dastardly, especially noticeable after we meet Hannah (Mia Goth) who Heinrich says is his special patient. 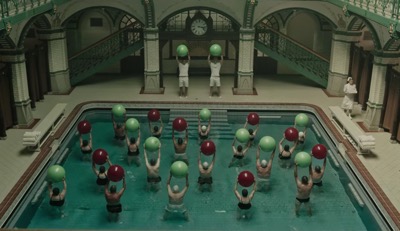 The clinic has a whole host of assorted “therapies” going on, from things as obvious as mutilation to smaller things like gas lighting and of course water treatments. This isn’t the type of place  you want to bring your family to on holiday, that’s for sure. It’s a place to find the cure you’re looking for even though you didn’t know you were sick. A car accident leaves Lockhart with a broken leg and is put under the care of Dr. Volmer. You can guess where that goes.

The Cure for Wellness has a lot of unique and good themes like class warfare, the societal divide among others, but it just takes its time in getting there and the winding and long road doesn’t make it necessarily worthwhile. It’s overblown and more than a little frustrating. There’s so much potential in this film, the visuals are amazing but as a whole it doesn’t add up to the sum of it’s parts. 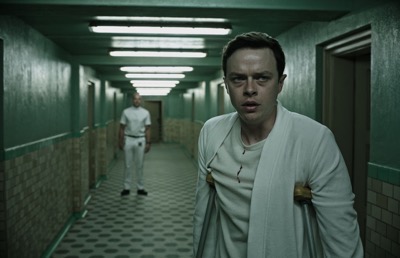 A Cure for Wellness arrives on Blu-ray in a fine transfer thanks to 20th Century Fox Home Entertainment. The picture quality has a green tint or grading that continues through most of the film, clearly an aesthetic choice and it does add an erie quality to the film in some scenes. Even shots of New York City look menacing thanks to the way in which the picture is presented. The fine details are present and there is little picture loss.

Special features on this release are lacking but include:

Deleted Sequence – Titled It’s Wonderful Here, this is a four minute scene that was cut from the film.

Meditations – A series of three short features with weird images and haunting narration. Meant to be tongue in cheek.

The Score – A quick profile on composer Benjamin Wallfisch.

There are also some additional trailers. 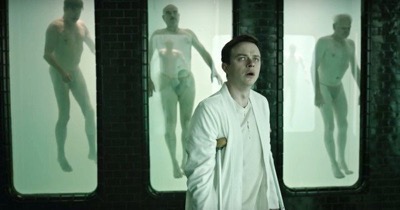 Overall, I admit I was disappointed in this film. The film looks impressive and is a study in mood and setting, however the final theme and story do tend to fall flat.

A Cure for Wellness is out now on Blu-ray!