The holiday season is approaching quickly and during this time all the old religious favorites are trotted out, The 10 Commandments, Joan of Ark, Bruce Almighty, you know… the classics. It’s no surprise then with the huge success of History Channel’s The Bible miniseries, that there would be a follow up. The thing is, Religious implications aside, if you focus on the storytelling that the bible offers, there are some amazing things that even the most hard hearted person can learn. 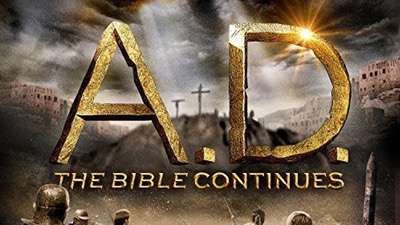 A.D. The Bible Continues, picks up right where The Bible miniseries left off. We are given a refresher course as if anyone needed to know what happened before the crucifixion, Peter (Adam Levy) denies Jesus, there’s weeping, sobbing, you know. It wasn’t the best time for Christians to say the least. 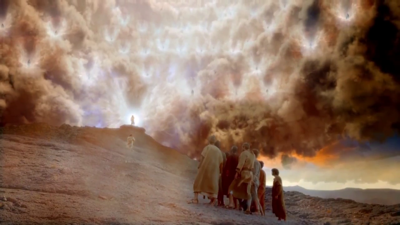 We are then taken to the resurrection and see Priest Caiaphas (Richard Coyle) trying to hide the news of from Pontius Pilate (Vincent Regan) the Roman Governor. This is a very slow build, but eventually the series picks up the pace. Jesus (Juan Pablo Di Pace) reveals himself to his disciples and his mother Mary (Greta Scacchi taking the role over from Roma Downey). 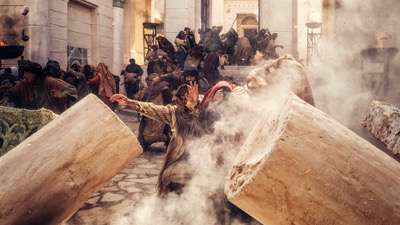 It’s a story that pretty much everyone knows in some shape or form and in A.D. The Bible Continues, it’s told in a very straightforward, ernest way. For the faithful, it’s not a bad thing, however when trying to lure in converts it may not be the best approach. To be fair it’s a tough line to walk, translating the Bible is not an easy task, stray too far into interpretation like in Darren Aronofsky’s Noah, and you’ll alienate your target audience. However, if you’re too literal people not predisposed to the subject matter won’t tune in. 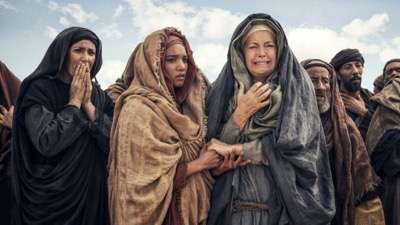 I actually thought that A.D. The Bible Continues did a fine job in presenting the material in a cohesive way that wasn’t too overwhelming. I thought seeing things like seeing Christianity established in the face of Roman oppression was really well done and told in an interesting way. I however, was raised in a very Christian household and due to that fact, know this material fairly well. I think it would be interesting to see how someone less familiar would feel. 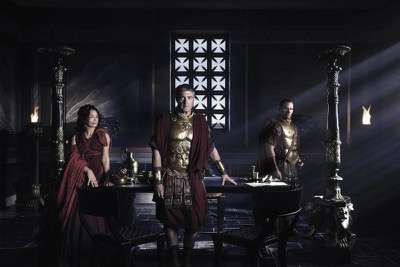 A.D. The Bible Continues was once again produced by Mark Burnett and Roma Downey, and clearly they have developed a way around the dense material of the Bible. That in and of itself is no easy task. To strip layers off of a dense and complicated story and still make it dramatically interesting is a talent that few people recognize, but it is a talent. So many translations get bogged down dramatically from page to screen, and overall I think that they did a fine job with this series. 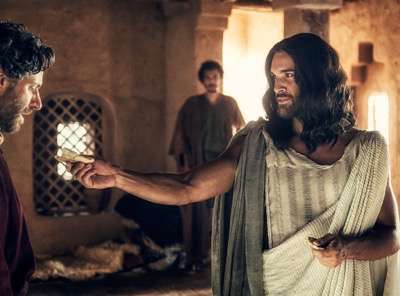 A.D. The Bible Continues arrives on Blu-ray in a fine transfer. The colors, especially in the epic battle sequences are crisp, clear and possess great detail. The blacks are also rich and show little signs of loss. While I didn’t see A.D. The Bible Continues during it’s original broadcast, I can’t imagine the picture quality living up to these standards. It’s more cinematic in high definition and brings an added depth to the storytelling and “epic” feel. 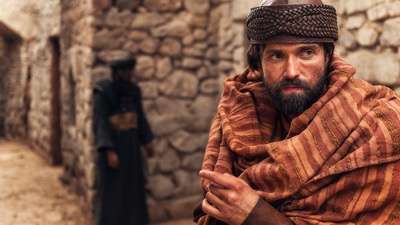 Special features on this release include several fun featurettes:

Casting A.D. – a behind the scenes short talking with the actors cast in the project and their journey to the small screen.

Continuing The Bible – Producers Roma Downey and Mark Burnett talk about crafting a follow up to The Bible and how the project materialized.

The Fabric of Time – The costumers show how they managed to dress and outfit all the extras, leads and more in period clothing.

The Past Comes Alive – This is a fun behind the scenes feature that goes on location during the production.

Touring the sets – This is another behind the scenes look at the filming and each of the main set pieces from the series.

Recreating the Power of God – Martin Davison the visual effects supervisor talks about using the visual and practical effects to bring “God” to life. 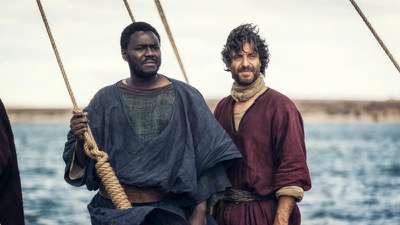 Overall, if you’re one of the converted there’s no question you’ll like A.D. The Bible Continues. It’s a very well crafted and told tale that fits in perfectly with the holiday season. If you’re not a convert, if may not be your cup of tea, but I would still give it a look. The messages in the series and high production values may surprise you. 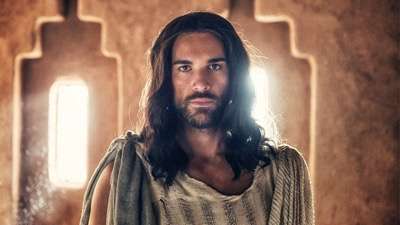 A.D. The Bible Continues is out now on Blu-ray!