Live action animal films have been a staple in my household since I was five apples high. There was Benji, Lassie and yes I can still remember my mother making me watch Old Yeller, even though I’ve tried to block that out of my mind. Still, that hasn’t stopped me from seeing films with Man’s Best Friend in the starring role and let’s face it, the old adage is true, when working with dogs or children, they are the star.

In A Dog’s Purpose, out now on Blu-ray, our K-9 friends are in the starring role and you’ll want to grab yours and snuggle after watching this family film. As the film opens, a dog is born, who is voiced by Frozen’s Josh Gad. It grows up and then is captured and born again, and again with different lives.

Eventually, the dog finds his soulmate in the form of Ethan (Bryce Gheisar) who talks his parents into letting him keep the dog. They form a bond evan as the dog and Ethan get into some mishaps along the way. As Ethan gets older (Now played by KJ Apa) he earns a football scholarship and dates a girl by the name of Hannah (Britt Robertson).

Then as the film shows, the dog passes and begins his journey over again. See the film, isn’t about the people so much that pass through this Dog’s Life but the journey itself and want it means to truly live. It’s fairly deep for a family film, especially one where the parents are probably going to be more teary eyed than the children. 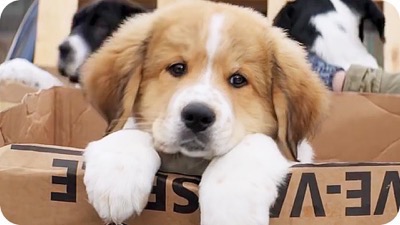 The K-9 actors in the film are wonderful and their performances really sell the idea that this is one journey through several different lives. This is helped by director Lasse Hallström who did the excellent Chocolate. He lets the film breathe and doesn’t go for the over sentimental path that he easily could. He really treats life as he should, that it isn’t easy but it’s the simple things that make it all worth while. A smile, a snuggle, and of course love.

A Dog’s Purpose arrives on Blu-ray in an excellent transfer thanks to Universal Home Video. The colors really pop, especially the outdoor scenes where the dogs are running or playing. You can almost see every hair on their heads. It’s pretty incredible. Each environment the dogs are in are clearly defined whether it’s a police station or a farmhouse. There is little color loss or over saturation. 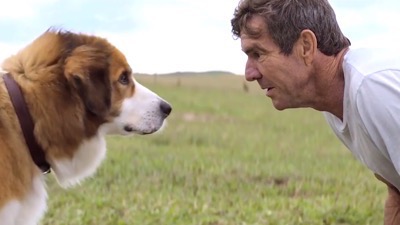 Special Features available for this release include:

Deleted Scenes – There are about 9 minutes of different scenes that have been excised from the film. Nothing that really adds to the overall feel of the movie, but worth seeing nonetheless.

Outtakes – A quick two minutes of footage, including green screen work and some animal training that went into the making of the movie.

Lights, Camera, Woof! – This is an eight minute featurette featuring one of the dogs, “Roxy” from the film. It goes though the book, the dog actors and more. Worth a look!

A Writer’s Purpose – Finally a very short look at the origin of the novel. This featurette runs about four minutes. 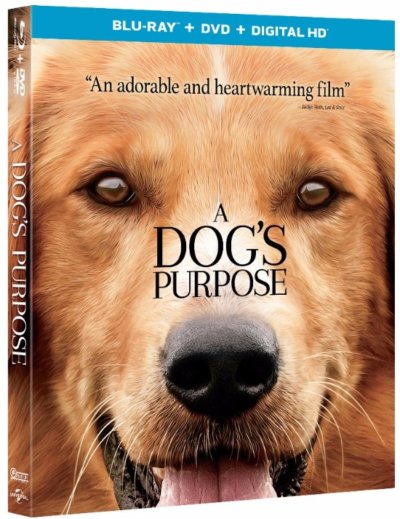 Overall, I was surprised at how much I liked this movie. It was a wonderful metaphor about live and what it means to truly live. Dog films will always hold a special place in my heart and this one really touched me. I recommend giving it a shot. Bring tissues.

A Dog’s Life is out now on Blu-ray!