Thanks everyone for making MTF so special and helping the site grow. As the site has grown, we have started numerous columns to accommodate all the wonderful things that pop culture has to offer!

I want you to give this next writer a warm MTF welcome and let me introduce JM, who recently attended a foreign film “A Hijacking” and I hope to see more reviews from him.

Give JM’s review a look after the jump and see the movie, which opens up this Friday!

Tobias Lindholm delivers the goods with his poignant psychological thriller “A Hijacking.” Building tension throughout, this movie leaves you on the edge of your seat with one of the best cast films I have seen all year long.

The Danish cargo ship MV Rozen is merely days away from the harbor when it’s hijacked by Somali pirates in the Indian Ocean. Amongst the crew are seven men, including the ship’s cook Mikkel (Pilou Asbæk) and engineer Jan (Roland Moller), who are held hostage for $15 million. After alerting their families, Peter C. Ludvigsen (Søren Malling), the CEO of the shipping company, decides he will personally negotiate the ransoms from headquarters in Copenhagen for his captured men. 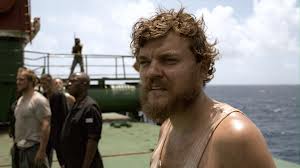 Eventually the stress of both maintaining his company and negotiating begins to take its toll on Peter. Despite having a professional negotiator walking him through the steps, the company board is not satisfied and believes the negotiations are taking too long. However, it doesn’t even begin to compare with the nightmarish isolation Mikkel and Jan are suffering sharing a cabin room with their sick captain eating, sleeping and defecating in the same space. Everyone recognizes Peter possesses the skills to negotiate, but does he really have enough to pull this deal off? 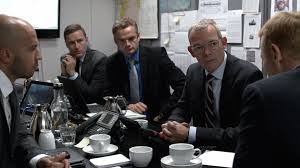 “A Hijacking” is extremely accessible for mainstream moviegoers with its hybrid format. Although technically classified as a foreign drama primarily speaking Danish (with English subtitles), roughly half the film is spoken in English. For filmgoers who struggle adjusting to foreign movies this is one that will make the transition smoother.

Pilou Asbæk nails his role as despondent cook Mikkel, who desperately wants to see his wife and daughter. Regarded as one of Danish cinema’s stars, it’s easy to understand why Asbæk deserves the praise and creates another riveting, remarkable performance. However, the real star of the film belongs to Søren Malling, who was recently seen in the Academy Award nominated “A Royal Affair.” Søren showcases an impressive range as a stone-faced, determined negotiator, who refuses surrendering to his emotions. His cool, calm composure makes it almost unbearable at some points with his bargaining strategy. That’s due to the impressive documentary-like shooting style and tremendous direction from filmmaker Lindholm. 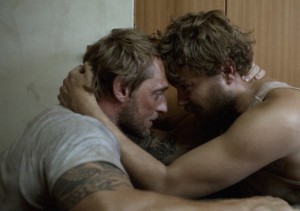 Although I thoroughly enjoyed the film and highly recommend seeing it there was one glaring problem that bothered me for most of the film. Early on we’re made aware there are several (later confirmed to be exactly seven) crew members on the Rozen, but we don’t see or hear from them for the majority of the movie except the very beginning and end. Eventually, Mikkel makes a comment about his missing comrades more than halfway through the film, but it’s a little too late if you ask me. Besides this, the film does a solid job sustaining the tension throughout this thriller.

Unlike Hollywood heroics audiences are accustomed to seeing (the upcoming “Captain Philips” comes to mind), “A Hijacking” absolutely avoids finding the typical perfect ending. This gritty, realistic interpretation of recent pirate kidnappings may only be inspired by recent Somali pirate hijackings, but it sure feels like the real thing. If you want a sober, yet fulfilling film then “A Hijacking” is the film for you.

Three out of Four stars.

A Hijacking will be opening in select cities today including New York, Los Angeles, Irvine (in Orange County) and San Francisco. 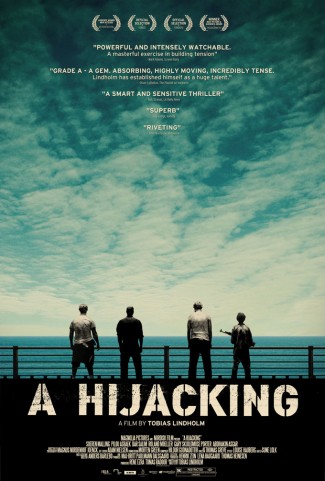