A Letter To Three Wives is finally out on Blu-Ray and JM is taking it for a spin. I love it when classic films are released on high definition, it’s like seeing them again for the first time, and I’m thankful that there’s still a market for these classics.

JM is feels the same way and fell in love with this classic Hollywood talk once again!

Check out his full review after the jump!

Thank you Blu-ray for offering old and amazing films to the home video market for the first time (or in many cases, for the first time in decades). Honestly, every time a vintage Hollywood film is released on Blu-ray (or even DVD for that matter) I consider it a great opportunity for film aficionados like myself to appreciate a quality film from yesteryear. 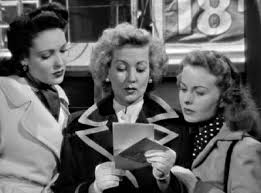 Many of my all time favorite films fall into the Golden Age of Hollywood and/or during the Studio System when quality films were churned out on a regular basis. Unlike today’s films that focus solely on box office revenue, film talent was actually allowed to expand and try new things. During this time, many great filmmakers burst onto the scene and forever changed the landscape of filmmaking with their movies. One of those was Joseph Mankiewicz, who garnered four Academy Awards for writing and directing the classics “All About Eve” and “A Letter To Three Wives,” which was just recently released on Blu-ray. 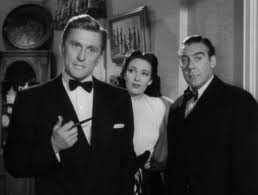 “A Letter to Three Wives” tells the story of three women Deborah Bishop (Jeanne Crain), Rita Phipps (Ann Sothern), and Lora Mae Hollingsway (Linda Darnell), who embark on a riverboat trip with a group of underprivileged children. Upon departure, they receive a letter from their friend Addie Ross (voiced by Celeste Holm) that informs them she has run off with one of their husbands, but does not reveal which husband she has stolen. The film is primarily told in flashbacks revealing the strain of each marriage and the experiences for all three women. 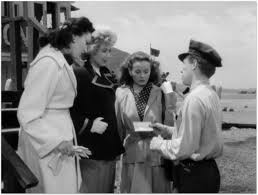 The film boasts an impressive cast, which also includes Kirk Douglas, Paul Douglas and Jeffrey Lynn. “A Letter to Three Wives” is an astounding and multilayered masterpiece that will surely delight classic film aficionados’ appetites. This is Golden Age Hollywood at its best! Although not nearly as great as “All About Eve” (one of my all time favorite films of all time), this film definitely ranks as one of the most masterful pieces of filmmaking in the history of cinema. Just think Steven Spielberg and his films from 1993 (“Jurassic Park” and “Schindler’s List”). You can make a strong argument one-way or another, which film was the better one. 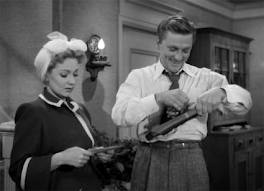 Like most modern Fox Blu-ray releases, the disc contains many wonderful insightful special features, which makes this a worthwhile buy. Not only does the black white and images look crystal clear for this 65th Year Anniversary Edition, but also it seems flawless as though this film was just released in theaters. The technology team did a terrific job cleaning up the home release for a practically flawless print. The Restoration Team at Fox is completely Top Notch. Honestly, you can’t go wrong by buying a classic film from Fox Home Video.

A Letter To Three Wives is out now on blu-ray! 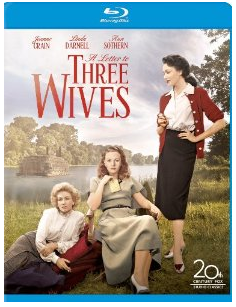