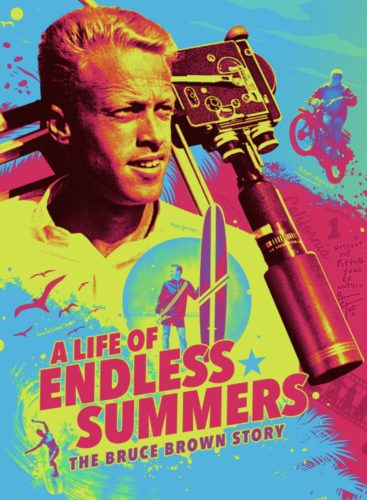 Splish splash, we’ve got a redundant rehash with “A Life of Endless Summers: The Bruce Brown Story.” Some surf days possess plentiful waves, but sadly this excruciating experience seems endlessly drifting away in the ocean hoping for a tasty wave to arrive.

Filmmaker Dana Brown directed a documentary on his iconic and Academy Award nominated father, filmmaker Bruce Brown, who directed the seminal surf movie “The Endless Summer” and the mesmerizing motorcycle movie “On Any Sunday” amongst others. This documentary details the life of a husband, father, filmmaker and living legend told through the eyes of someone who knew him best, his son, Dana Brown. Through this retrospective, fans are able to remember and recognize the filmmaker who transformed surfing and motorcycles into cultural phenomenons.

The iconic imagery of “The Endless Summer” romanticized surfing and Bruce Brown brought forth a “home movie” to the masses encouraging generations to pick up surfing. Even those unfamiliar with the film have no doubt seen and embraced the beach lifestyle depicted. The sunshine spirit warmed the hearts of America and transformed the opinions of countless millions to appreciate the sport. You can even make the same argument to a lesser extent with the acceptance of motorcycles and racing with the general public. Sadly, the same cannot be said about the documentary detailing his amazing life.

Although made with the best of intentions, “A Life of Endless Summers: The Bruce Brown Story” relies too heavily on the coattails of the titular Brown. Like most of his career, Dana Brown keeps going back to the well and has been unable to seamlessly separate his career from his father’s filmmaking abilities. Two of Dana Brown’s previous efforts, “The Endless Summer Revisited” (made up of unused footage from “The Endless Summer” and “The Endless Summer II”) and “On Any Sunday, The Next Chapter” (a follow up to his father’s 1972 Academy Award nominated documentary “On Any Sunday (1971)”), equally emphasize Dana Brown’s inability to create content unrelated to his father. Needless to say, audience members shouldn’t expect anything less here.

Unlike “Surfwise,” a documentary about the 11-member Doc Paskowitz family and their surf school, “A Life of Endless Summers: The Bruce Brown Story” lacks the same stimulation and deeply disappoints to sustain anything besides a few fleeting moments. The miraculous meditation one experiences waiting for the perfect wave and soaking up the sun should’ve been a key ingredient. Instead the film relies too much on the filmmaker’s family ties hindering his chances to properly explore the subject matter. Too much sun and not enough sunscreen.

If you’re going to immerse yourself as a “character” in your own film, make sure to do it seamlessly instead of awkwardly, which was the continually case reoccurring throughout. Not every film is going to be like a Steven James or Michael Moore movie, but even attempting something like Ross McElwee’s “Sherman’s March” would’ve been better than another run of the mill documentary. Sure, the subject matter is niche, but nothing new truly transcended the screen. My emotions stayed stagnate throughout and would be perfect background noise at a restaurant.

Bruce Brown’s revolutionary, remarkable filmography frustratingly gets drowned with this forgettable film by his son Dana Brown. It lacks the gritty side of “Bustin’ Down the Door,” the camaraderie of “Momentum Generation” and the remarkable rawness of “Andy Irons: Kissed By God.” Instead of some gnarly tasty waves like fans would expect, “A Life of Endless Summers: The Bruce Brown Story” is a series of ankle busters and Dana Brown is the ultimate Barney who is mullering despite peeling being readily available (Translation: An uncool surfer who keeps wiping out despite being setup with perfect waves). This is one woeful wipeout not worth paddling out unless you’re obsessed with surfing and/or like Bruce Brown.

Available on Digital and Video On Demand Starting August 18th