Last night was a tale.. A Tale of Two Bridges. Jeff and Beau Bridges were doing a rare q and a to talk about their family legacy and history as actors.

Scotty, DVD Dave and I headed over and were really excited to hear the brothers talk about their past films and their father. 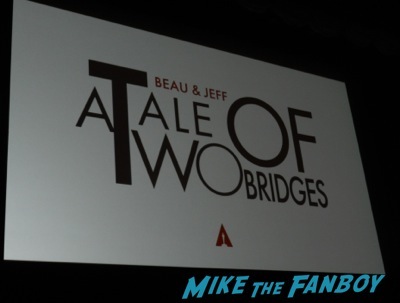 Sadly, the moderator was horrible. Every question was a five minute ramble until several time Beau Bridges actually cut the moderator off mid sentence so they could speak. It was a little comedic after a while.

Still, there was still a nice playful interaction between the two brothers. 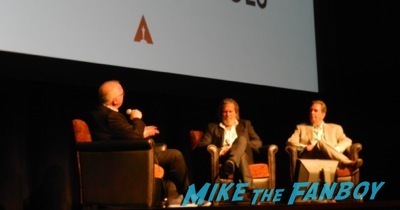 Some highlights from the panel include:

Beau Bridges making fun of Jeff for his “Dude persona.”

When the talk of Starman came up, Beau said that Jeff observed his then two year old daughter and that’s how he created that character. He also said, that was his favorite out of all Jeff’s movies. 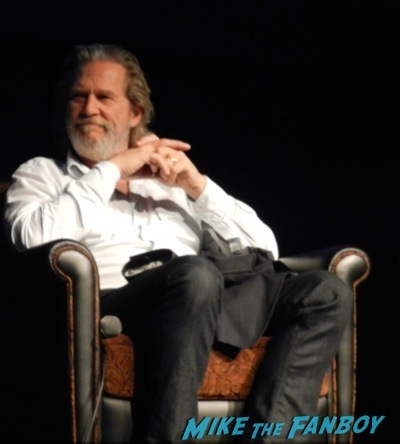 Jeff told a story of how he invited his family to the set of The Big Lebowski during the dream sequence thinking that would be a fun day and like a Busby Berkley musical. Not realizing he would be pulled through the legs of several dancers looking up their skirts.

Jeff talked about his father always saying, acting is about listening and reacting to what you are hearing. 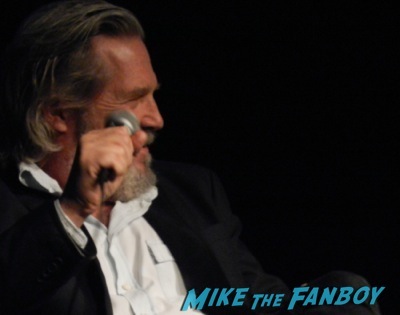 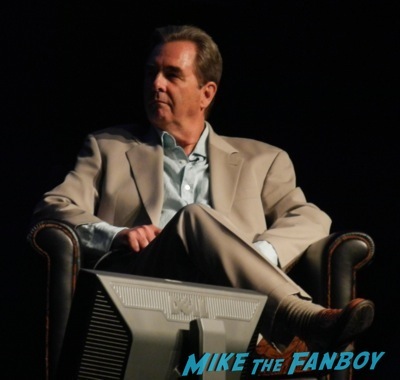 Beau talked about having to audition for The Fabulous Baker Boys and that the director wasn’t sure about casting both brothers. 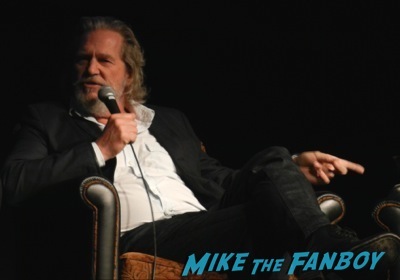 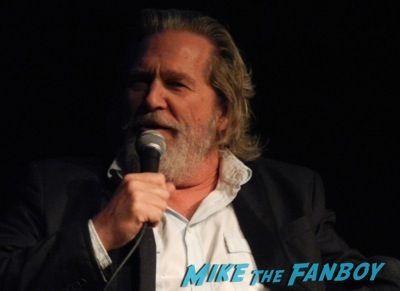 Jeff also mentioned when talking about Iron Man that it was a wonderful film and it taught him, he can’t control everything and do work before hand. He sometimes has to just go with it.

Beau Bridges said that people don’t realize that Jeff Bridges is a perfectionist and does so much work before each part. 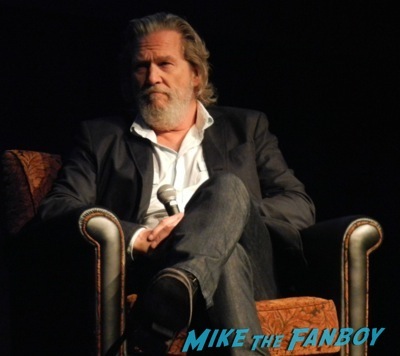 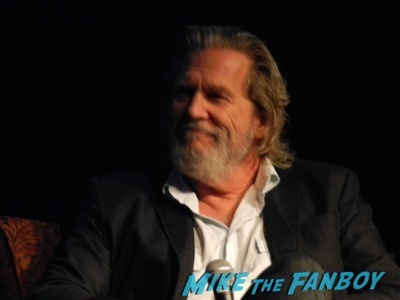 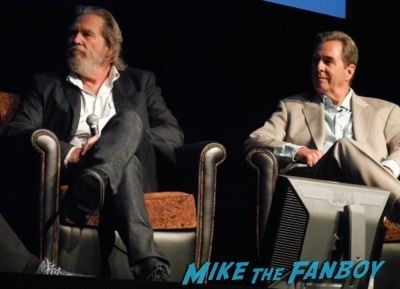 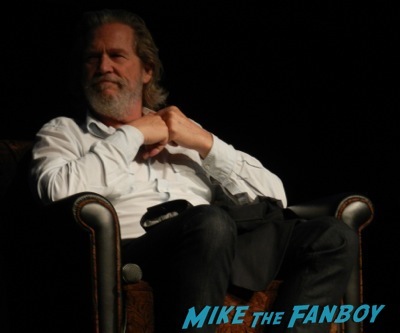 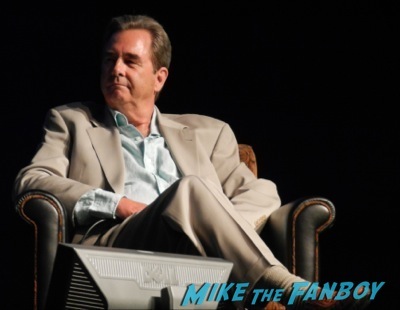 After the two hour plus q and a was over, the theater escorted the two brothers off the stage to show another clip from The Fabulous Baker Boys. This was done simply so that members of the audience couldn’t go up and ask for autographs.

I thought that was pretty bad. After all, everyone paid to be at the event, and there’s no reason why they had to to do that.

After we walked around to the exit gate and after a few minutes Jeff and Beau came out.

Both were extremely kind and were happy to sign. Jeff was pretty strict at the one each rule, and while I have a lot of things I would like Jeff to sign, I would rather people did one and nicely than not at all. 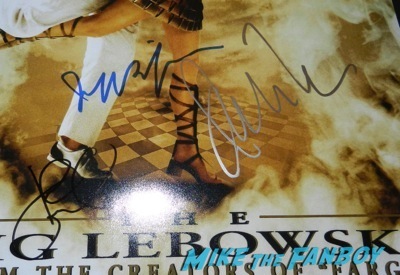 Scotty got his Starman poster done, and I got my The Big Lebowski poster signed. I already had Julianne Moore and John Goodman on it, so it was awesome to get “The Dude” himself!

I need to go grab a White Russian, until next time kids! 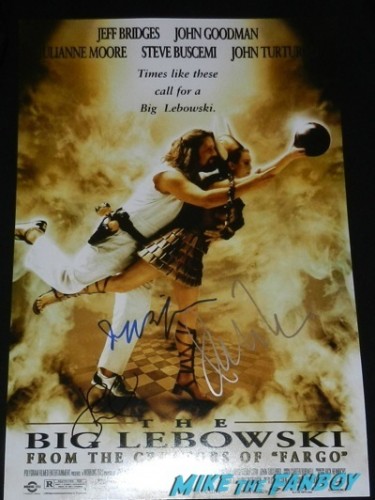