Home / Movie Reviews • Reviews / A Walk Among The Tombstones Blu-Ray Review! Does This Noir Thriller Deliver The Goods?

When it comes to action stars, there’s not many who are as convincing as Liam Neeson. Whether it’s his weathered gruff exterior or gruff brogue, it’s clear… Liam Neeson kicks ass. He’s a modern day aged action hero that will never fit in with The Expendables crowd. This action hero fights for his children, wife and family. He’s a man’s man. 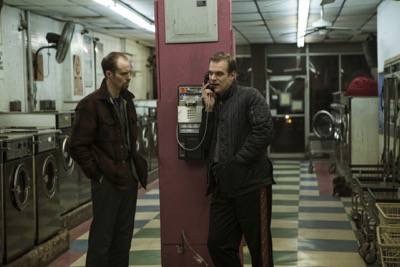 In A Walk Among The Tombstones, out now on blu-ray and based on the 1992 novel, Liam Neeson plays Matt Scudder. An Ex-NYPD officer who is now working as an unlicensed private investigator, Matt now works outside the letter of the law.

When Matt is called upon to help a known heroin dealer, Kenny Kristo (Dan Stevens), his vision of working outside the law is put to the test. Kenny needs Matt’s help to find the men who took his wife and killed her. What Matt discovers is that this isn’t the first time that the killers have done this and more than likely it won’t be the last. 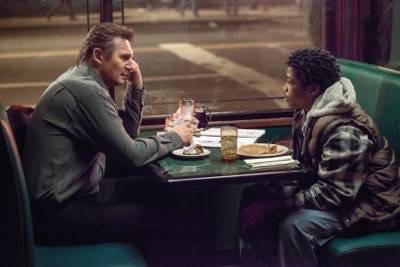 Liam Neeson lends a much needed gracias to the film and grounds it with his patented durability. The film however, doesn’t match Neeson’s skill. The thing that Scudder has going for him and the compelling thing about him as a character is that he’s just a human being. He’s not dodging bullets or saving the president, Scudder is a man and he’s aware of his mortality which his highlighted by his being a member of Alcoholics Anonymous. 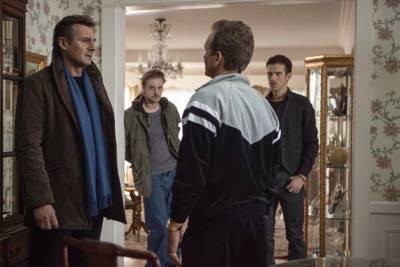 Scutter was involved in a horrible shooting that he’s now trying to make amends for, amends in his own way, but amends nonetheless. There are no plane crashes, car chases, etc… This is a man who is a detective, searching for clues, this is action the old fashioned way. 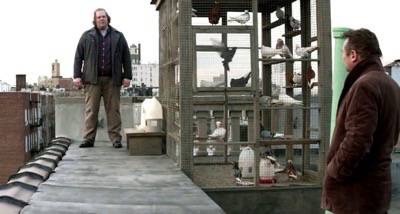 The serial killers are soon thrust out of darkness and are front and center in the film. This does cut the suspense and makes the central mystery less compelling. Director Scott Frank who wrote the screenplay for Get Shorty and Out Of Sight seems to be a little bit out of his element here. He has a difficult time setting his tone and the film suffers as a result. 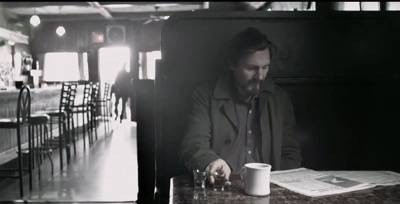 Still, Liam Neeson is great as Scudder and for his performance alone it’s worth a look. Dan Stevens is also really compelling and continues his streak of excellent performances with this and The Guest which was out earlier this year.

A Walk Among the Tombstones looks great on this blu-ray transfer. This crime thriller, which is cloaked in darkness and shadows, looks even more creepy in high definition. The black colors in the film are deep and contrast nicely with the lighter shot scenes. There is a fine contrast ratio and the clarity is excellent. 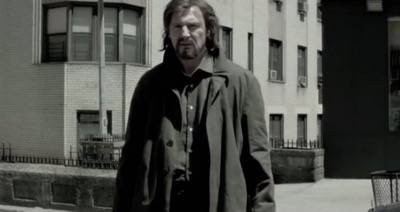 The special features on this release are sadly negligible. There is a 12 minute featurette, “A Look Behind the Tombstones.” It’s a fairly standard EPK feature that has some interviews, and some behind the scenes footage.

There is also another feature titled, “Matt Scudder: Private Eye.” It’s a seven minute extra, only available on blu-ray that has the original author Lawrence Block and screenwriter/director Scott Frank talking about the character of Matt Scudder and what it took to bring him to the screen. 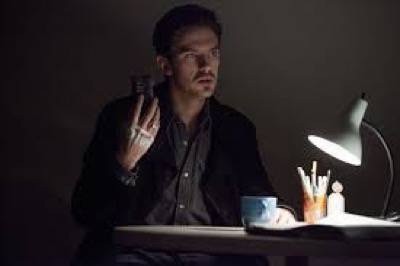 Overall, I enjoyed A Walk Among the Tombstones, it’s tone may be uneven and there were some plotting issues, but the performances are excellent. It’s worth a look on blu-ray and I would be down to see another chapter in the Matt Scudder franchise brought to life.

A Walk Among the Tombstones is out now on blu-ray! 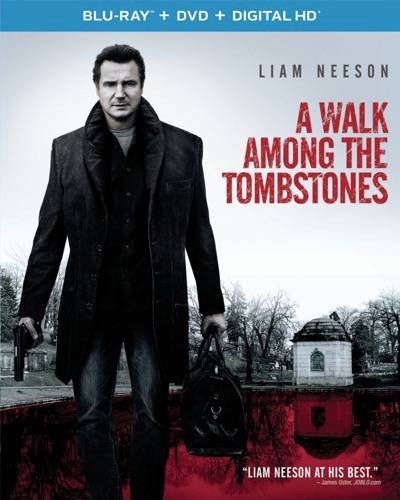