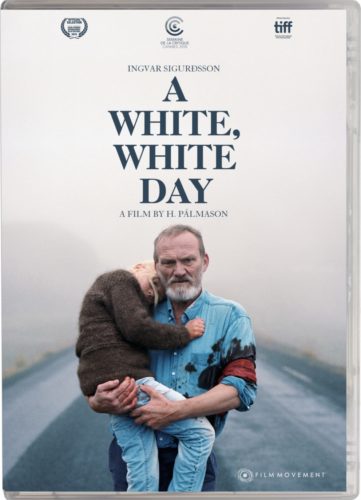 In a remote Icelandic town, police chief Ingimundur (Ingvar Sigurdsson) struggles with the death of his wife. Despite his wife tragically passing away two years prior, Ingimundur’s grief constantly consumes him and is fueled by obsession after he believes a local man was having an affair with his beloved wife. Ingimundur intensely searches for the truth, but will this obsession overpower him?

Hlynur Pálmason provides a powerful movie and remains a terrific talent to watch. Following up his full-length feature film “Winter Brothers,” once again here is another artsy bleak, beautiful brooding film. The distinct arthouse appeal might be off-putting for most mainstream moviegoers, but the Nordic noir combines classic drama and thrillers with a poignant police point of view. The bleak landscapes create complex moods and the simplistic storytelling style shines with minimalistic dialogue. It’s a spellbinding, stark gorgeous film filled with gritty cinematography to create a magnificent, memorable movie.

Imagine the sensibilities of a Nicolas Winding Refn movie with the style of “The Vanishing” (1988) and “Insomnia” (1997) to get “A White, White Day.” Considering star Ingvar Sigurdsson received the Cannes Critics’ Week award for Best Actor for his performance at the 2019 Cannes Film Festival and the film was Iceland’s incredible Oscar submission last year, this is one captivating crime thriller you don’t want to miss out on enjoying. Ingvar Sigurdsson’s strong silent character creates a gritty, gripping performance in an emotionally entertaining movie about obsession. The tension terrifically turns up with every thrilling twist and examines how grief can ignite revenge.

The seemingly simple story strives for so much more and adds disturbing details, which makes this slow-burn well worth discovering. The sparse dialogue and multi-layered storyline showcases the darkside of self-sacrificing detectives. For fans of Stieg Larsson’s “The Millennium” series aka “The Girl” books & movies and the original “The Killing,” this is a movie completely up your alley. “A White, White Day” is an undeniably, chilly crime thriller and a fantastic film to own. Although the DVD is sparse with special features- it only includes Hlynur Pálmason’s short film “Seven Boats”- Nordic noir fans will rejoice.

“A White, White Day” is currently available via Virtual Cinemas, Video On Demand and DVD through Film Movement.