I found out about this really cool event a few days ago and made a point to try and go. In Studio City there is an awesome taco stand called Henry’s Tacos. Now, if you haven’t gone there, you need to check it out. It’s awesome. They shot People Like Us with Chris Pine here at Henry’s Tacos and it’s been around for a long time here in the valley.

Henry’s opened in the 1960s. My awesome friend Lindsay from I Am Not A Stalker did a great write up on Henry’s Tacos a little bit ago, so check it out.

Needless to say, Henry’s is an awesome place. Right now, they are in danger of closing due to the owner of the property raising their rent. Which sucks! 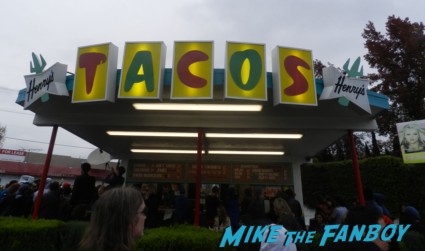 So, two of my favorite actors Breaking Bad star Aaron Paul and Lord of the Rings Elijah Wood tweeted to help the taco hut stay in business.

At the last minute I couldn’t head down like I planned, but after a phone call from Scotty, I was like… I have to go! 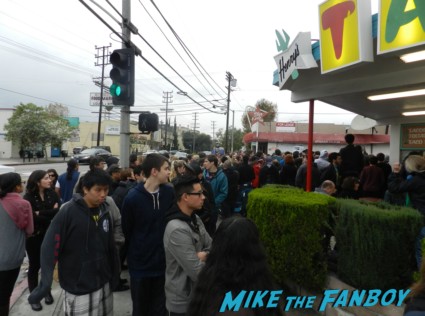 Ace promised a fuller report of the day, as all I could do was run out of the house with a couple Breaking Bad presskits and some Wilfred memorabilia. 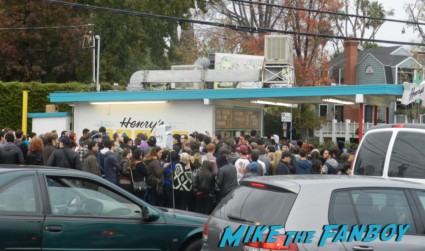 I drove by and saw tons of people milling about. 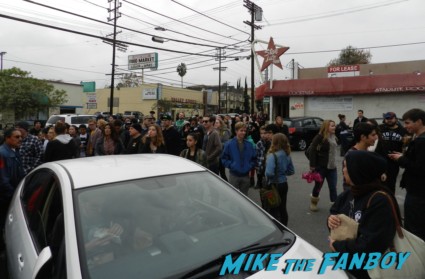 I heard that George Lopez was buying lunch for everyone for an hour. Both Elijah Wood and Aaron Paul were on site taking photos, signing autographs, and trying to help this local business stay open. 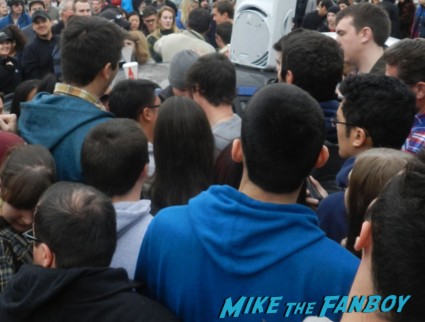 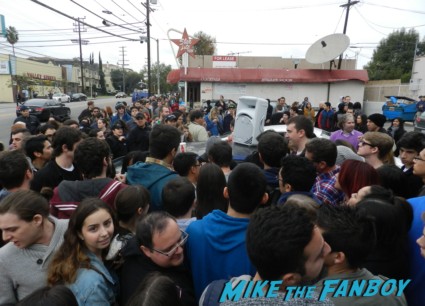 How awesome is that? I love it when celebrities show their support and really try and help the community. It’s so sad that this restaurant who has been thriving for over 50 years is going to be forced to close because the land owner wants to sell it to developers. 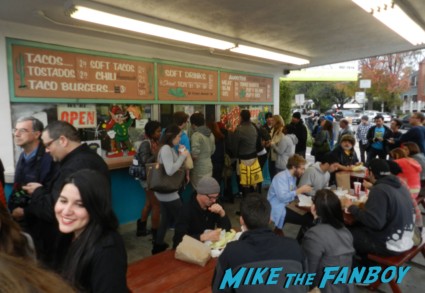 What’s more sad is the business owners applied for historical status and allegedly councilman Paul Krekorian blocked it from happening. I don’t know about you, but I think that just sucks.

There was a line almost half way down the block to grab food so clearly with only a little bit of time I wasn’t going to grab any… Grumble… Hey, I’m just glad people came out to help save Henry’s Tacos!

I saw Scotty and we looked around. Aaron Paul was surrounded by people, talk about a nice guy. Man he just talked and took photos, and signed… I mean, dude, that was so nice to watch him get all this together and get people motivated to help out.

I clearly knew I wasn’t going to have time to meet Aaron but I did see Elijah Wood around the corner. 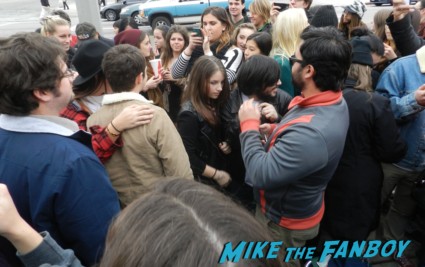 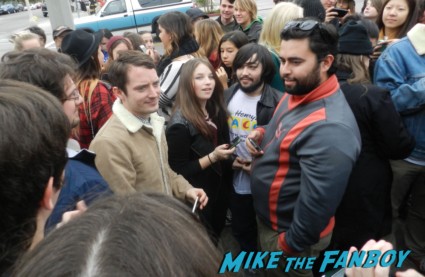 We waited as Elijah Wood also greeted people, did photos, I even saw him record someone’s voicemail message. Talk about awesome! 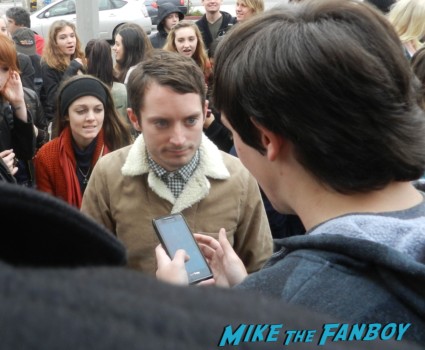 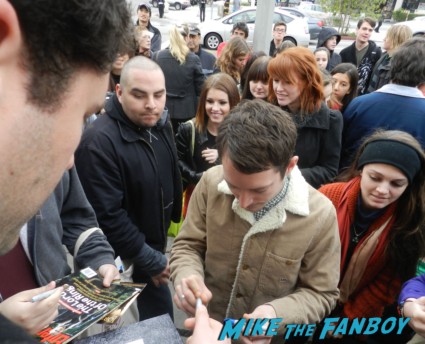 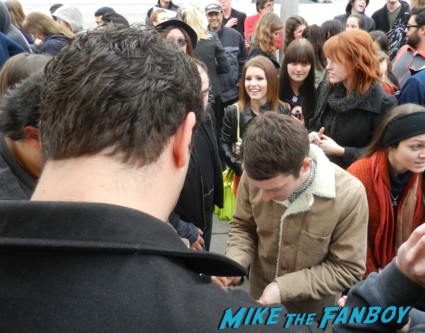 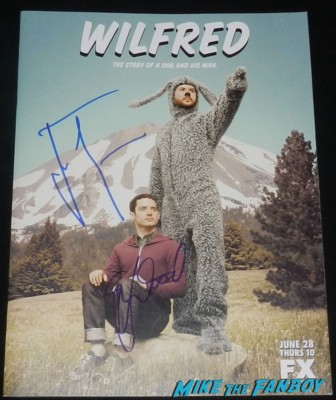 Ace, Scotty and I waited out turn and Elijah was nice enough to sign my two Wilfred presskits I had. He also signed a few things for Ace and Scotty. I then got a photo with Elijah and told him how much I love the Faculty.

Dude, that movie is the bomb!

I waited a little bit, but knew I had to take off. Ace was so nice and volunteered to get my Breaking Bad presskit signed for me. 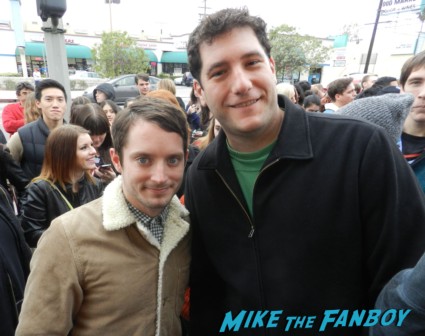 I headed off and went to see The Hobbit, which rocked BTW! I can’t believe I met Frodo from the shire an hour before I saw the movie on the big screen! Only in Los Angeles kids!

Please if you have a second go down and show some love and support for Henry’s Tacos! It’s a valley landmark and would be a shame to see it go! 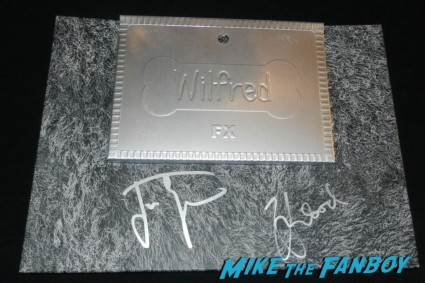