Welcome back!  Not feeling so hot, but Fanboy is a slave driver.  Must labor on.  At least I have a great letter to share with you today.  H is chock full o’ classics in the Sci Fi Horror genre.  So let’s get to it before I lose consciousness…

1.  HER NAME WAS TORMENT:  It seems while the major studios are squeezing franchises dry by “reimagining” them, there are still a few creative people out there giving us original films.  One of them is Dustin Wayde Mills.  He has already treated horror connoisseurs to such titles as “Easter Casket” and “Puppet Monster Massacre”, but with “Her Name is Torment” the gloves are off.  Not for the queasy.  DVD signed by director Millsand actors Allison Egan and Brandon Salkil. 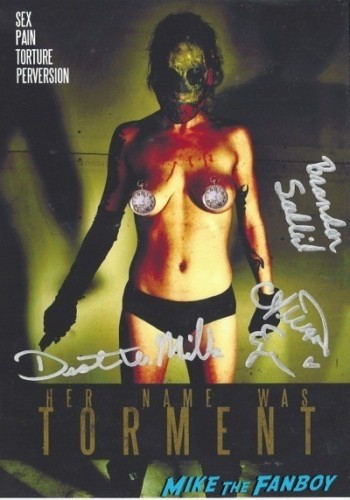 2.  HATCHET:  Director Adam Green is a true horror fan and knows what horror fans want.  WIth “Hatchet”, Kane Hodder finally escapes the hockey mask that has defined his career and found new life as Victor Crowley.  This film spawned two sequels (so far?) and all three are worth a marathon viewing.  Sleeve was signed by Green, Deon Richmond, Perry Shen, Richard Riehle, John Carl Buechler, Rileah Vanderbilt, and composer Andy Garfield at a signing in 2007 while Kane Hodder, Joshua Leonard, and Tony Todd signed at other events. 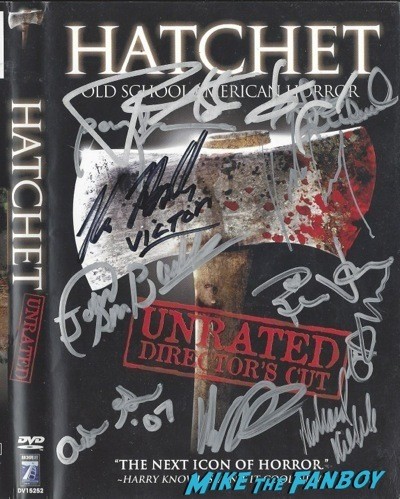 3.  THE HOST:  Love foreign horror films and “The Host” is a modern classic.  It was signed by Scott Wilson from “The Walking Dead” and later by the film’s director Joon-ho Bong and two main leads (Kang-ho Song and Ah-sung Ko) at the premiere for “Snowpiercer”.  I was even able to get a picture with Ko. 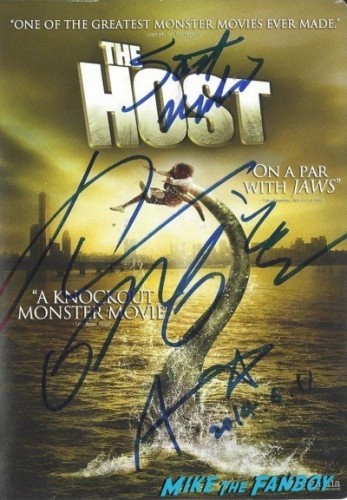 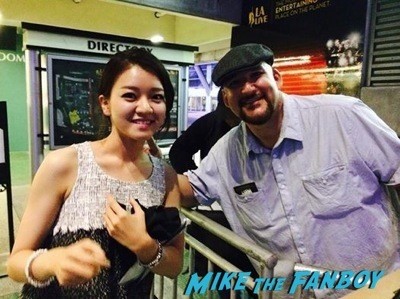 4.  HENRY:  Modern day American classic.  A sequel was made but without Michael Rooker as the title character…Why bother?  Rooker’s performance was subdued and made for an intense ride. 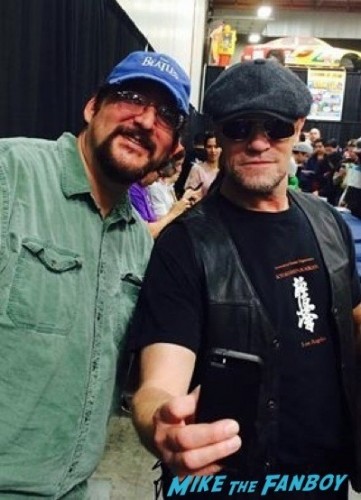 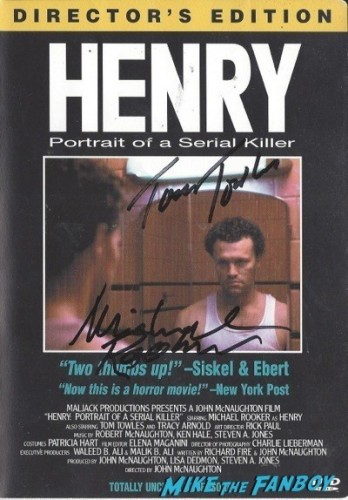 5.  HUMANOIDS FROM THE DEEP:  What can I say?  I love these Corman Classics!  I remember getting to see about the first five minutes when my mom took me to the movie theatre at Stonewood Mall (no longer there…sigh)  One the bare breasts and gore splashed across the screen my mom yanked me outta there.  Doesn’t she know my cousin already took me to see “Dawn of the Dead” and “Animal House” a few years prior?  Well I never forgot this film and thanks to cable I was able to see it in its entirety years later.  Roger Corman graciously signed my DVD along with three of the lovely ladies from the film: Ann Turkel, Linda Shayne and Lisa Glaser.  Thanks for the mammaries! 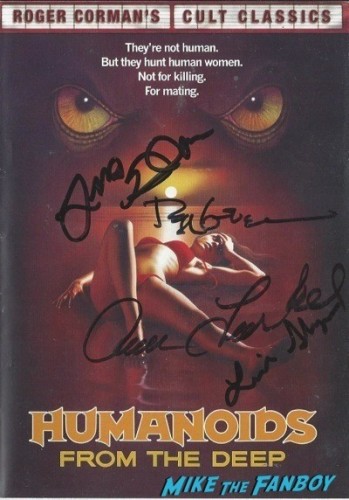 6.  THE HOWLING:  Joe Dante’s take on the werewolf genre is a great film and he shouldn’t be blamed for the atrocious sequels that followed (“Howling II…Your Sister is a Werewolf”…REALLY???)  Dante signed as well as Patrick Macnee, the late Kevin McCarthy, Dee Wallace, Robert Picardo, Rick Baker, Belinda Balaski and Dick Miller. 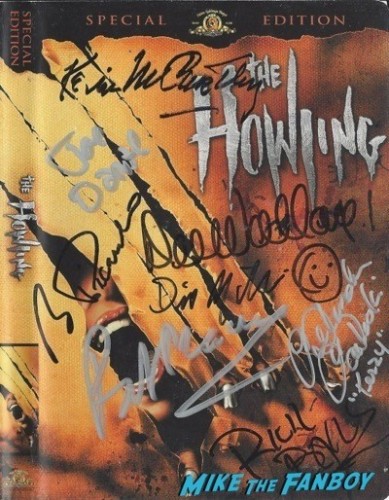 7.  HOUSE OF THE DEVIL:  Some people do not fully appreciate this film by director Ti West.  I personally enjoyed it’s retro-style.  Very reminiscent of the types of films that Elvira would show on “Movie Macabre”…and I mean that as a compliment!  Signed by Ti West, actors Tom Noonan, A.J. Bowen, Greta Gerwig, and Mary Woronov. There was a huge sold out screening recently and I was finally able to add lead actress Jocelin Donahue to the cover as well as composer Jeff Grace. 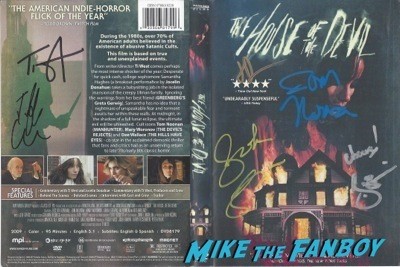 8.  HELLRAISER:  Clive Barker’s classic signed Barker, composer Christopher Young, actresses Ashley Laurence and Claire Higgins, and the cenobites Nicholas Vince, Simon Bamford and Pinhead himself, Doug Bradley.  There was a cenobite reunion this past March in Burbank.  I was lucky enough to get a picture…and for free too!  The female in the photo is Barbie Wilde who played the lead female cenobite in “Hellbound”. 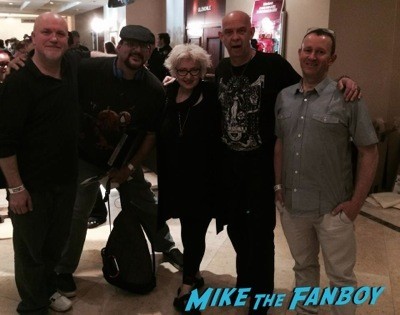 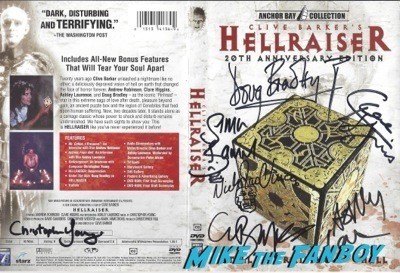 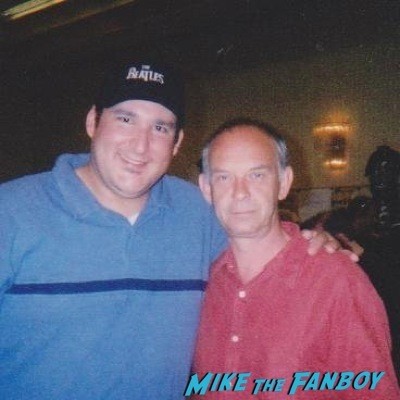 9.  HOUSE OF 1000 CORPSES:  I’m not a huge fan of Rob Zombie’s latest films, but I really dug his tale of Captain Spaulding and his clan.  This had a “busy” front cover and by that I mean it is not autograph-friendly.  So I decided to get the inside cover signed instead.  It came out okay I think.  It’s signed by 16 people.  SIXTEEN!  In addition to Zombie, the following cast members signed it: Sid Haig, Bill Moseley, Sheri Moon Zombie, Erin Daniels, Irwin Keyes, Chris (The Talking Dead) Hardwick, Rainn Wilson, Walter Phelan, David Reynolds, Tom Towles, Jennifer Jostyn, Robert Allen Mukes and Gregg Gibbs.  It was also signed by the late Karen Black and Matthew McGrory.  I paid for their signatures and glad I did.  I know there are collectors who would never consider paying for an autograph, but sometimes that is the only way you would ever get them. Very happy with how this turned out. 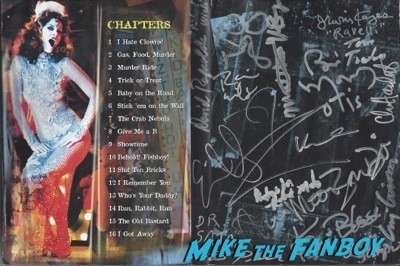 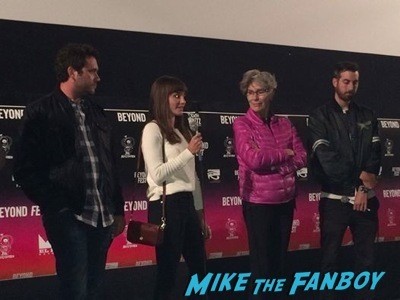 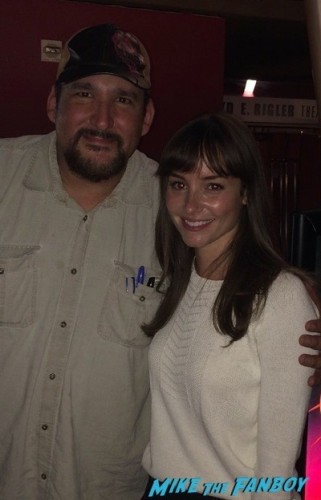 10.  My top pick is a tie and the reason is because I feel that these two films are best seen as one extended film.  I would love to see this released some day in the same way Godfather I and II were.  BOTH were signed by Jamie Lee Curtis, Charlie Cyphers, Tony Moran (one of many Michael’s in Part 1) and Nancy Stephens since they appeared in both.  “Halloween” was signed by PJ Soles, Brian Andrews, Jim Winburn (Michael falling out window), Nancy Loomis, Tommy Lee Wallace (Michael at closet?), John Carpenter (director and purported to be yet another Michael), John Michael Graham, Will Sandin (young Michael), Kyle Richards, Nick Castle (main Michael), Mickey Yablans and producer Irwin Yablans. 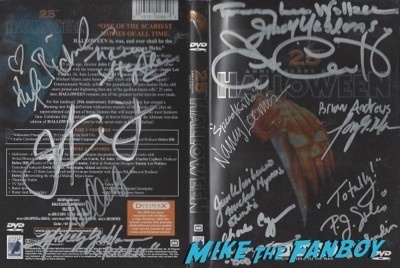 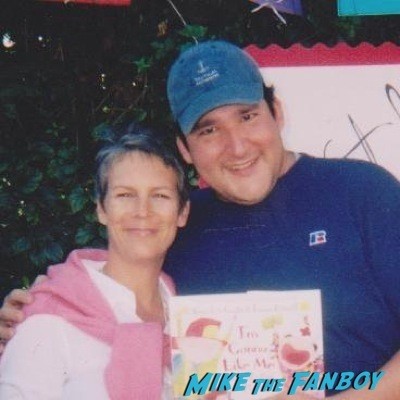 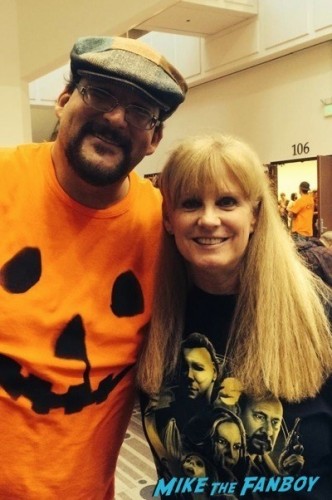 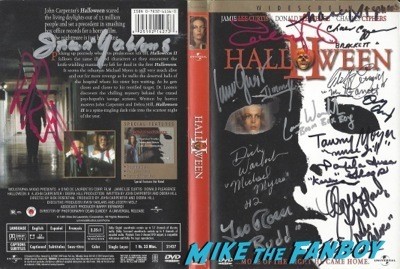 That’s it for now!  See you next time for Letter I !