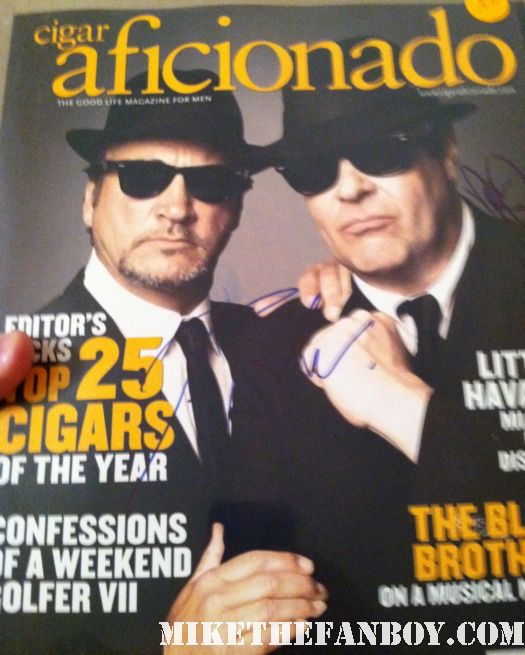 Chuck, Chuck Bo Buck, Fa Na Na Fo Fuc… Sorry, ever since I read the newest article from Mike the Fanboy reader Chuck, I’ve been singing that in my head. It’s cause I’m a giant dork, but I’m proud to be a dork! And you should be too… Anyway, Chuck just sent in this report of meeting Mr. Jim Belushi of According to Jim and K-9 fame. I can’t say I am a huge fan of Jim Belushi’s but I did enjoy K-9. I enjoyed it much better than say Turner and Hooch, in fact I would go so far as to say out of all the ornery canine partnered with male middle aged cops… It’s my favorite!

Check out Chuck’s report below!

Jim Belushi was in town with his son Robert speaking at a luncheon and so I decided to try and get him to sign a couple of magazines I have had for a while. One of which had already been signed by Dan Aykroyd.

I got to the venue around 12:05pm and waited for the right opportunity to go inside. I went inside about 12:50pm and saw them introduce Jim Belushi and his son. I was able to listen to their entire presentation.

After they were finished I made a bee line for the stage area and Jim Belushi was walking out being escorted by the people from the luncheon and I asked him to sign my two magazines. Jim stopped, took my sharpie and completed the first magazine and then the second. I thanked him, and he smiled and told me no problem. 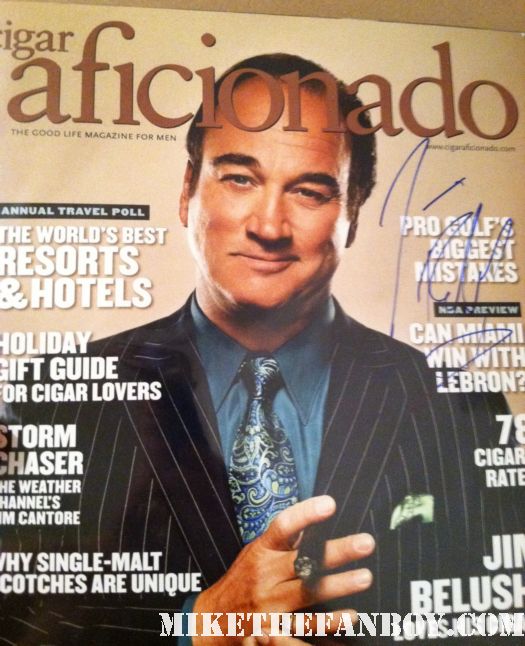 Came away with my items completed and another great celebrity encounter!