Ace is cleaning up over at Dark Delicacies! I have to tell you for horror fans they have some amazing signings! Ace went to the last signing they had for Sleepwalkers and this time they had the cast and crew of Jeepers Creepers in for the blu ray release.

Armed with a stack of DVD’s and memorabilia Ace headed down to Burbank to check it out!

Take a look at Ace’s recap after the jump!

What’s up, you autograph addicts! On September 11, I had the opportunity to meet some of the cast and crew of a remarkable horror classic, Jeepers Creepers!I will say that, at the time, it caused quite a stir! If you love horror films like I do, it is a MUST see. At the same time of the event, there was a DVD signing for Rosewood Lane and Below Zero.

Lets just say…Ray Wise, Daniel Ross Owens, Sonny Marinelli, and Tom Tarantini did not show up… Despite that, it was an amazing event regardless…

6:09- Arrived at Dark Delicacies! Just a tad bit early! Had a lot of DVDs to pick up!

Now, I don’t recall the time intervals… Usually I write it down in a little note pad as the event takes place… Not this time… DOH! Had so much fun… I was slightly overwhelmed.

At the first table, Michael Berryman. He was selling photos that he had for a certain price… 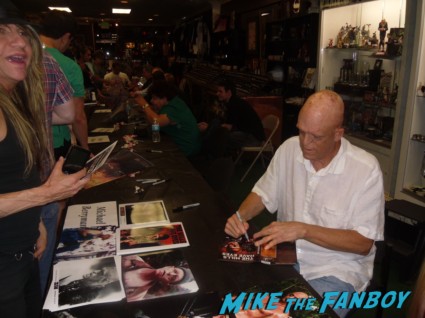 He would sign your item for $10. It was a great deal! WIsh I had the cash on me! I would have picked a few up! 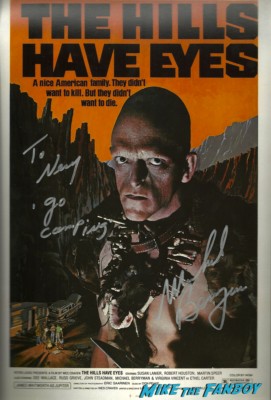 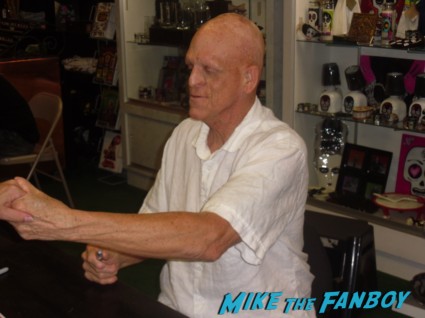 Ultimately, he was a class act! Not only did he sign the DVD but he also included freebies!

Next up… Patricia Belcher. She is the crazy woman that warns Darryl about his future! 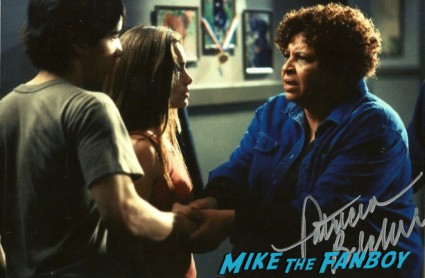 She was so sweet! Took a picture with me and signed all my items! She even signed items for films she never had a part in!

Victor Salva was the next one over. I was worried that I had too many items for him… I had special edition mini posters… DVD box sets…. Blu-Rays… The WORKS! 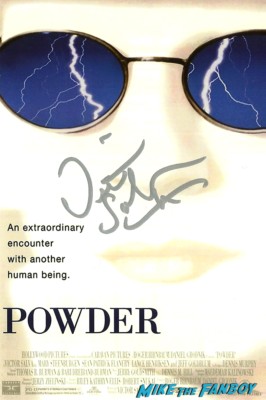 We had a great conversation. Talked about Singin’ in the Rain as he signed all my items. 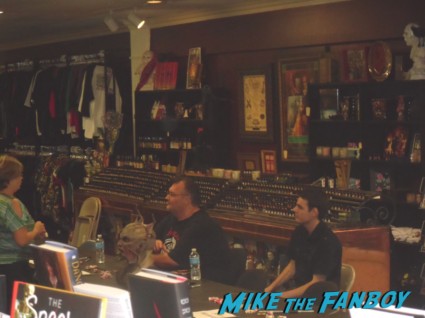 Lin Shaye was next! She is notable for roles in Insidious, Dumb and Dumber, but most of all, There’s Something About Mary! She was a really sweet lady… 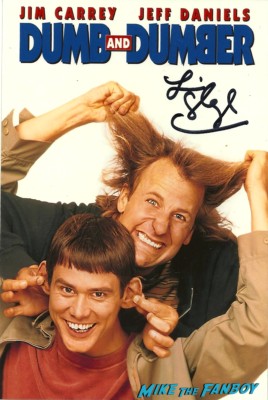 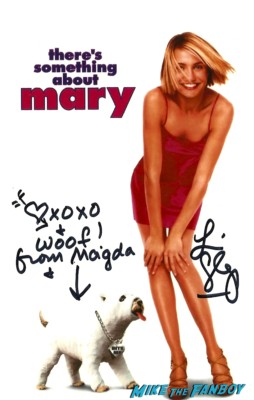 Bennett Salvay! Notable for composing the intro of Full House! Fortunately, he did the scores for Salva’s films. He was the next person that I had alot of items for… Signed all my items! 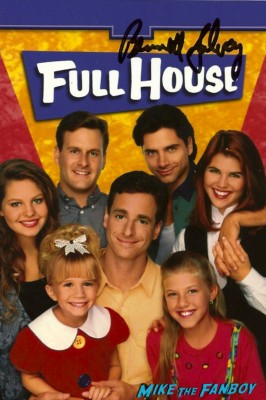 Ed Marx was so cool! Really enthusiastic about film… We both hope to see Jeepers 1 and 2 back to back on the big screen… Possible future Q and A?

Last, but not least, Don E. FauntLeRoy! Very Notable cinematographer and director. Really an unexpected addition! Like a goof, I only had him sign my Rosewood Lane items… I thought he signed the Jeepers Creepers items, so I just walked away! DOH! Big time fail!

Overall: Amazing! Walked out with over 70 autographs! Signed all my DVDs! All my photos! Took Pictures… Could not ask for more!

Check out more of Ace’s autographs below! 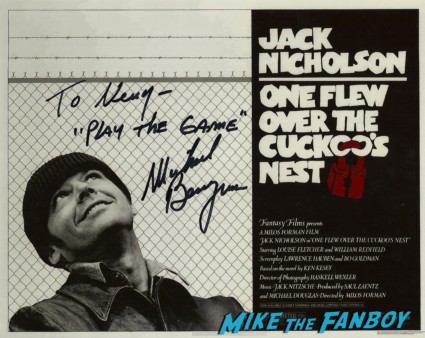 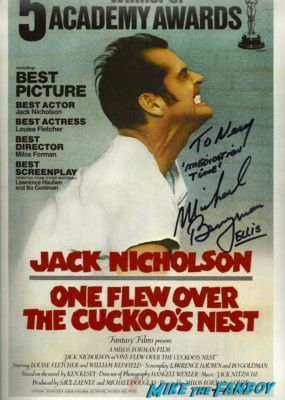 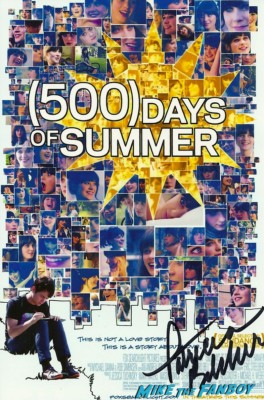 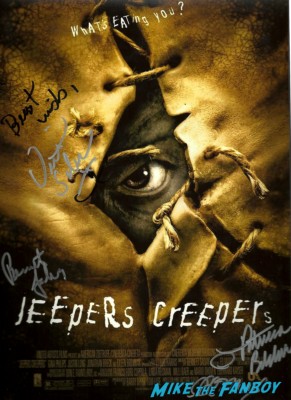 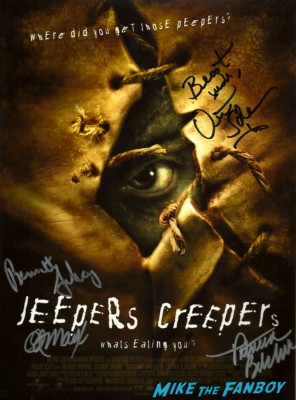 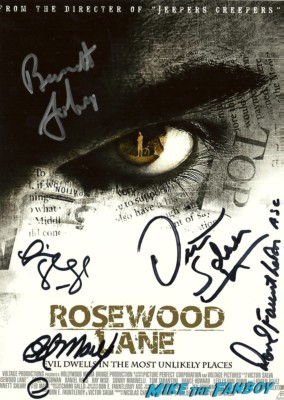 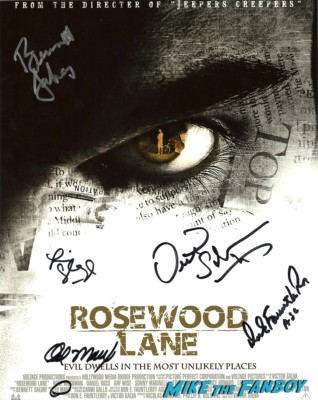 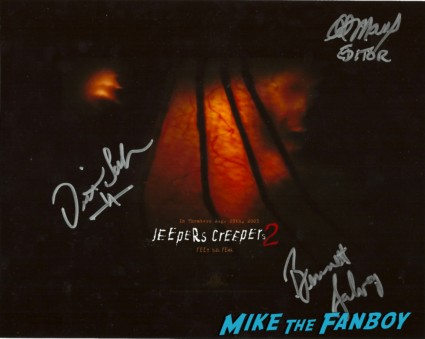 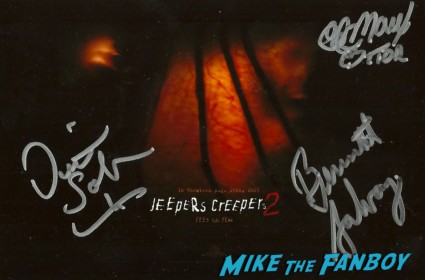 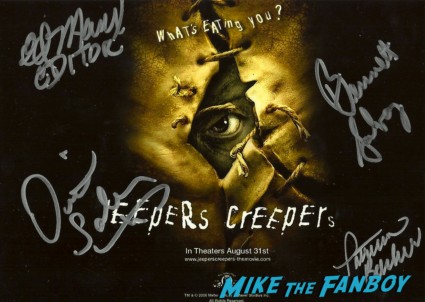