Man oh man, I hate hearing stories like this. Sadly, I’ve been hearing horror stories from conventions more and more lately. It’s strange. So many of the newer offshoot cons are popping up with big names and guarantees for those names and then the whole thing because a cluster.

Andrew headed down to ACE Comic Con as a special treat for his son. Well, let’s just say their moment with Chris Evans didn’t go exactly as planned. In fact, it didn’t even happen. Double DOH!

Check out Andrew’s recap below!

Well, story goes like this… I heard that Captain America himself was going to do photo ops/autographs at this years ACE COMIC CON in AZ. (which I never heard of).

But my son who is 16 and going into the military loves CAP. So for Christmas I shelled out $$$ for the Chris Evans VIP pass for my son, so he could meet one of his heroes. 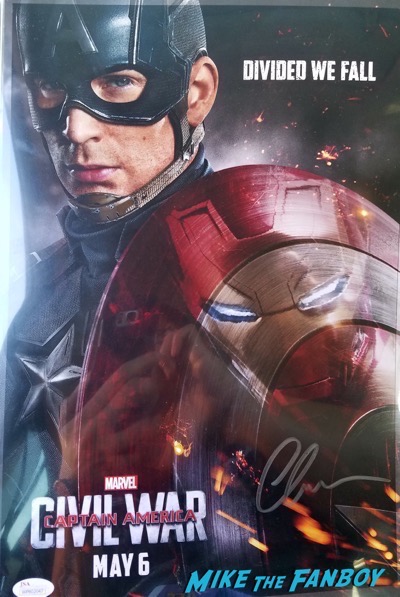 The Photo op (just Evans solo shot) was scheduled for Sunday, we get there Saturday morning and  Evans is on stage with Sebastian Stan and Anthony Mackie talking about Avengers etc and he leaves and does the scheduled photo ops after the panel.

My son is excited and we walk around the con and enjoy ourselves waiting for the next day to meet Cap himself. Well, Sunday morning I get an email from ACE COMIC CON saying **CHRIS EVANS PHOTO OPS ON HOLD**….Rolling my eyes I’m like GREAT! WTH!? …… I then told my son I bet you he got drunk and is hungover……we get to the con and told by staff that Evans indeed CANCELLED his photo ops and left the con due to “ILLNESS” ….yet he was perfectly fine and healthy just hours earlier…..No tweet or ANYTHING FROM EVANS apologizing to his fans…That bugged me……Karl Urban who also cancelled due to the flu tweeted ALL FANS and apologized…that’s all the fans at Ace Comic Con wanted , just a simple tweet from Cap but he just tucked tail and bailed….1 DAY later a female fan tweeted out a pic of her and CHRIS EVANS in LOS ANGELES looking healthy as can be….WTF?!……

WHEW,  ANYWAYS …. My son was upset but I made it better I exchanged my Chris Evans photo op for a TOM HOLLAND AND PUNISHER CAST PHOTO OP(s)…… 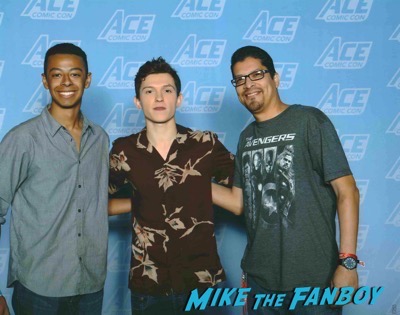 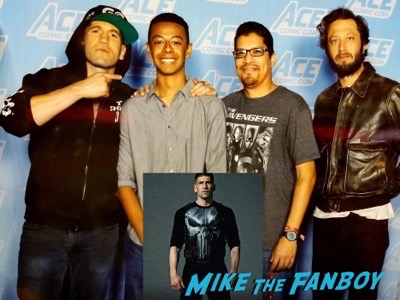 My son was so happy to meet his now FAVORITE superheroes. So all in all it worked out but i’ve lost all respect for Evans and so did A LOT of other fans there.