What’s up autograph fanatics! Ace here with my recap of meeting Sandy King and John Carpenter…

I have probably never had an event closer to home than this one. When I saw the flyer lingering around the boulevard, I marked my calendar and remained excited up until the very day.

We showed up around an hour and a half before the screening was supposed to start. There was only one entrance and one exit. There was also reserved parking for the special guests that would arrive.

We passed the time talking and getting mini-posters ready… Eventually a car made a sharp right turn heading towards us. Sandy and John parked in the reserved spot as one of the event coordinators stopped us.

The woman repeatedly said, “This is a private event. You will have to leave.” First off, we were on the sidewalk. Secondly, it’s terrible that since the tickets sold out, you are only allowed to show support if you bought a ticket. If it were the ten dollars she wanted, I would have gladly handed it to her right then. Nonetheless, we remained on the public side walk and did not step on their property. As she kept repeating herself, I said, “Can I at least ask Sandy then?” Surely, since she was not the guest of the night, I could ask her.

She stuttered several times before walking to Sandy probably to discourage her. I asked Sandy if she would sign our They Live and Big Trouble In Little China posters. There was no way I would walk away with a success after being so close.

Sandy walks a few steps towards us and she was as nice as could be. We talked about her comic book as Alex and I have bought every issue. We talked briefly about the new Asylum issue coming out. John stayed in the back the entire time. 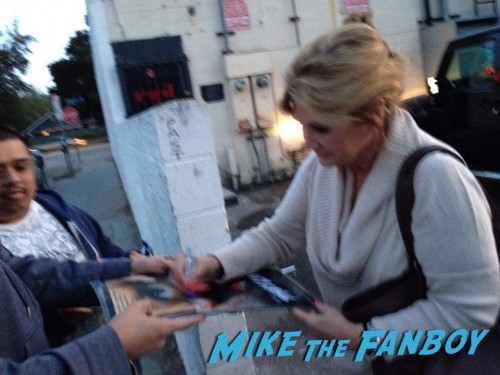 We thanked Sandy, and we asked if it wouldn’t be much trouble if John would sign some of the posters as well. She takes our marker, walks over to John, and hands it to them. If it weren’t for her, John wouldn’t have signed.

He was super nice… I asked if he would sign the posters that Sandy signed. He said, “Not if she signed them” jokingly before signing away. He talked to us for a quick second. We told him how much we loved his movies and what his movies meant to us. He was in a great mood. We also talked about the comic book. Repeatedly, thanked him before they walked away. 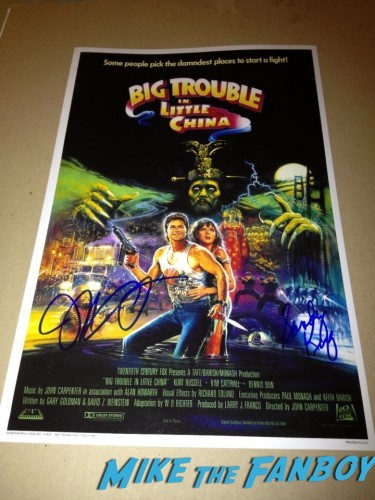 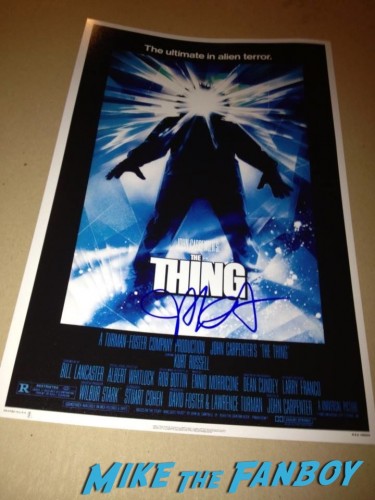 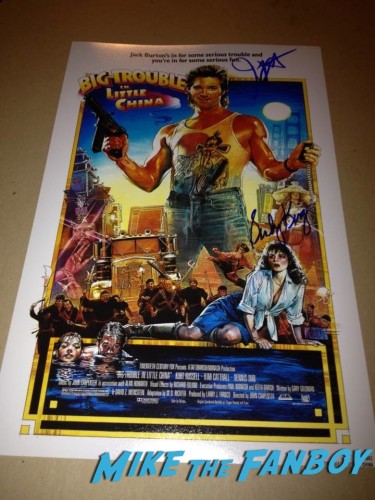 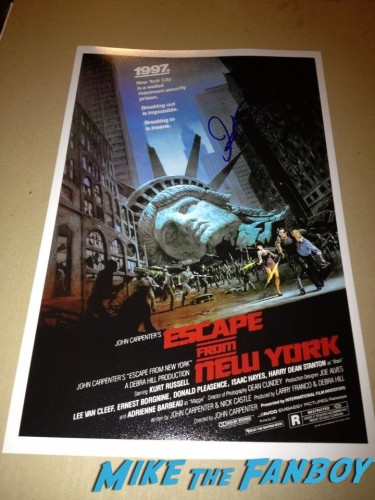 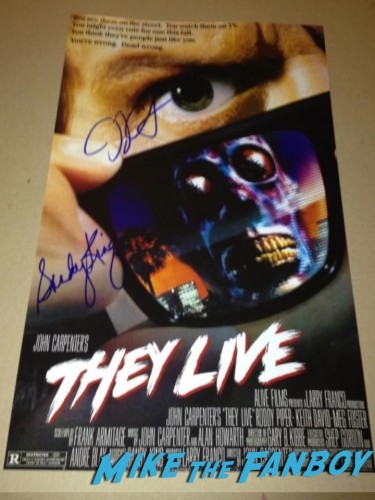