What’s up autograph fanatics! Ace here with my recap of the PDS Award Luncheon…

Now, of course, the moment I heard Dick Van Dyke was presenting an award at a local luncheon, Chris, Alex, and myself hightailed it over. On top of that, Debbie Reynolds was supposed to be there as a guest. Unfortunately, she cancelled and I was crushed just for a short while!

When we showed up, we patiently waited for arrivals…

Dee Dee Wood was the first to arrive. She jumps out of the car in front of us and we call her over. She was completely shocked we even recognized her. 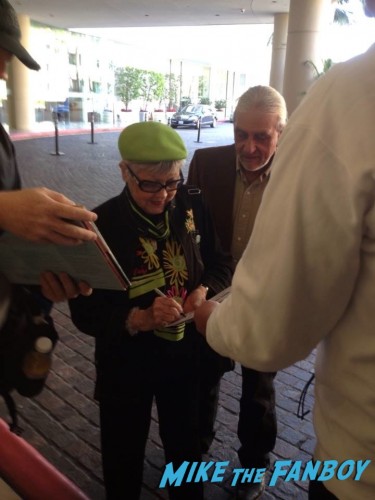 She was the choreographer for classic films such as Mary Poppins, The Sound of Music, Chitty Chitty Bang Bang, and Beaches. Most of her recognized work collaborated with the Sherman Brothers. 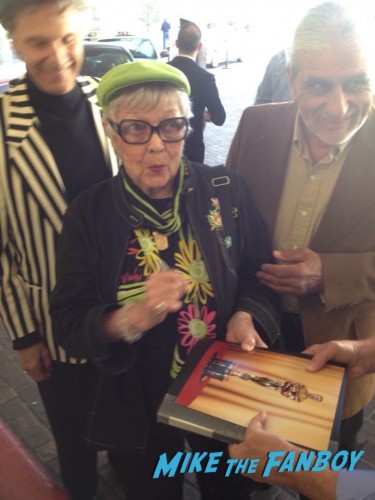 I don’t think anyone had asked her for an autograph in a long time. She embraced the moment, and had complete fun with us. Such a sweet lady! 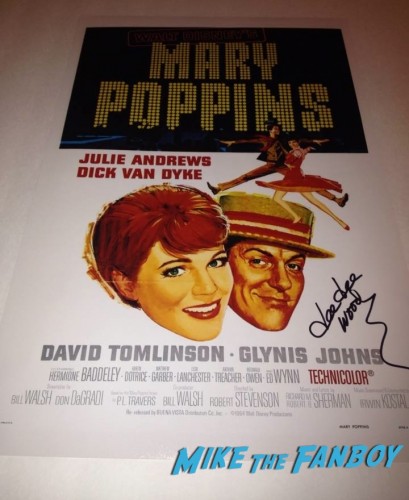 A car pulls up shortly after getting Dee Dee. In the passenger seat, I see an older gentleman. I tap Chris on the should and “Hand me a blank! Hand me a Blank!” James Karen, classic character actor that notably acted in Poltergeist and Return of the Living Dead, jumps out of the car. 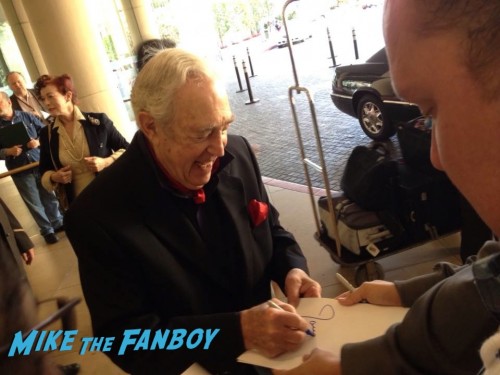 We wait until he is standing in front of us before asking. Immediately, he comes over and claims, “Hey, weren’t you the guys at the Return of the Living Dead screening?” We shamefully said, “Yes.” Super nice as always. A complete class act! 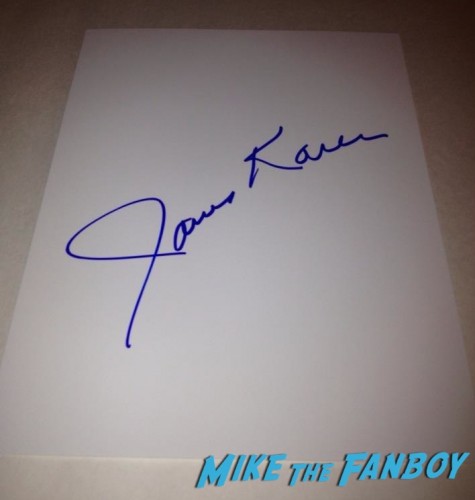 It’s kind of funny. James Karen is considered one of the rarest horror related autographs to get In Person. I saw him at two events back to back… and I still need him on my Poltergeist poster!

A car pulls up… Dick Van Dyke runs in. We call for Mr. Van Dyke, but that doesn’t help at all. Now, we have to decide whether or not we want to risk getting kicked out by asking him inside. Sure enough, one of the graphers beat us to it. We join in… In the madness, I got one of them. Chris got one of them. Alex, unfortunately, didn’t get one. Dick Van Dyke was as nice as could be… 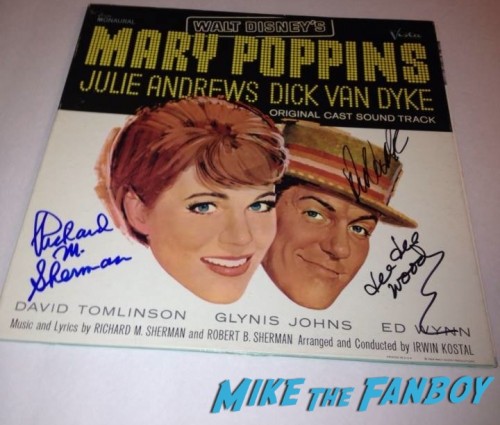 We head back to the designated area. I felt for sure we were going to get kicked out. They warned us and shortly after Leslie Caron gets out of a nearby car. 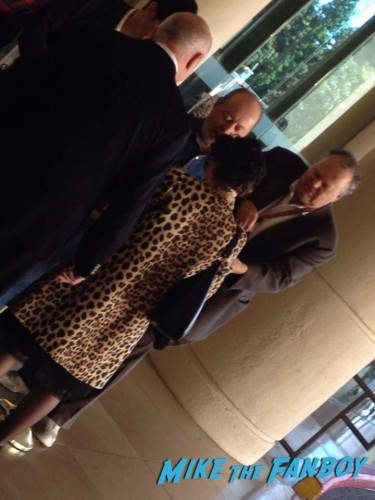 I was so disappointed that I didn’t have a poster or photos from An American in Paris. Regardless, she was very nice and signed a couple blanks. 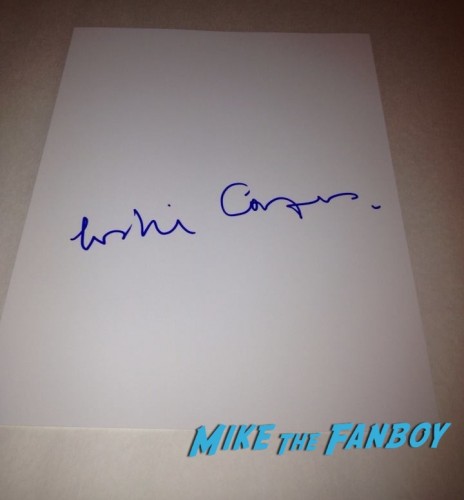 Anne Jeffreys arrived soon after. She is always nice and I never happen to have any photos. She signed several blanks and scraps of paper before going inside. 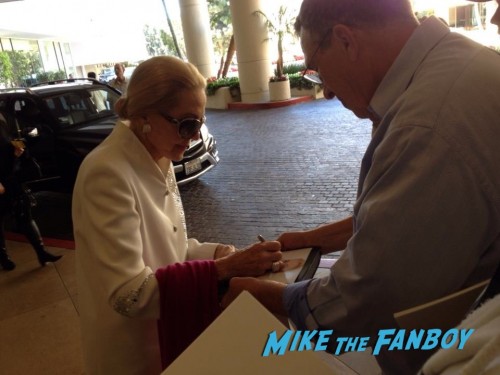 By the time that Norm Crosby arrived, most fans had left. He went down the line and signed an autograph for each of us standing there. 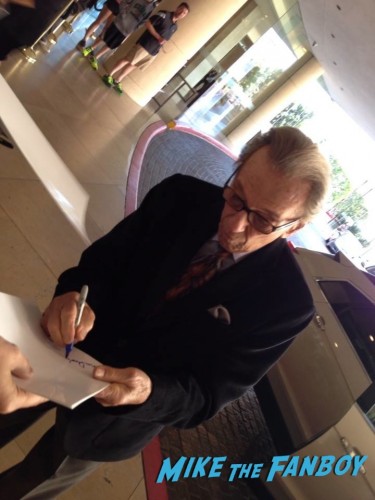 Florence Hendersen showed up within minutes. I have seen her a bunch a times at different events. She will always sign an autograph. 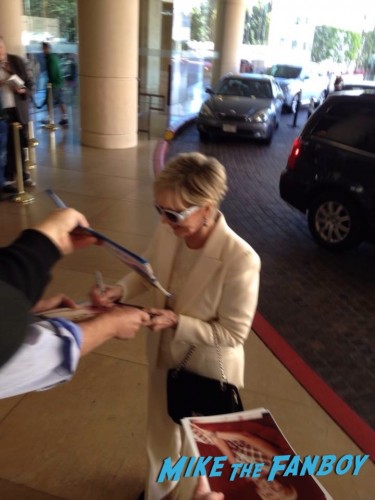 I have never seen her tell anyone that she can’t. She always tries to sign for someone, even if she can’t sign for everyone. 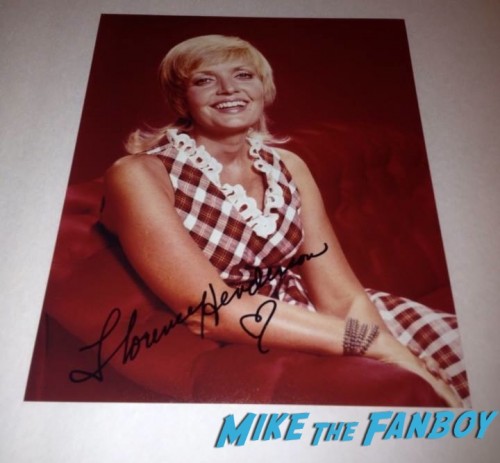 Leonard Maltin, film critic, signs for us as we were waiting for exits. I figured it would be a neat autograph to add as I have a bunch of other film critics in the collection. 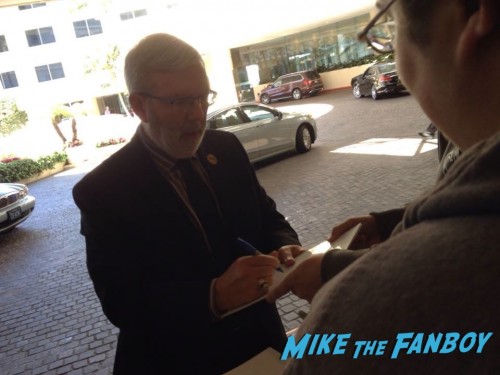 Time passed as we waited. We didn’t leave like everyone else did on the off chance that some of the guests would leave as soon as they finished presenting. Mary Ann Mobley, Chelsea Field, and Scott Bakula were among people who passed through the venue. 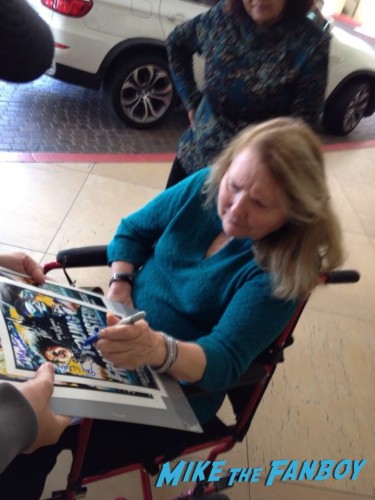 Sure enough, nice as could be, Terri Garr attempted to sign as many autographs as she could. 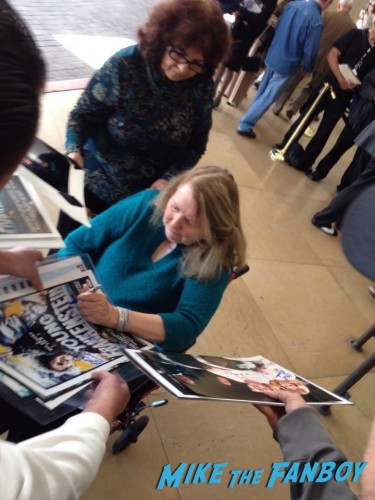 She took her time and we felt really bad… Appearances by her are rare. I admire her courage and strength… 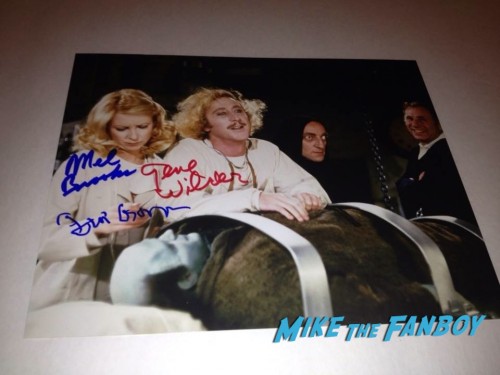 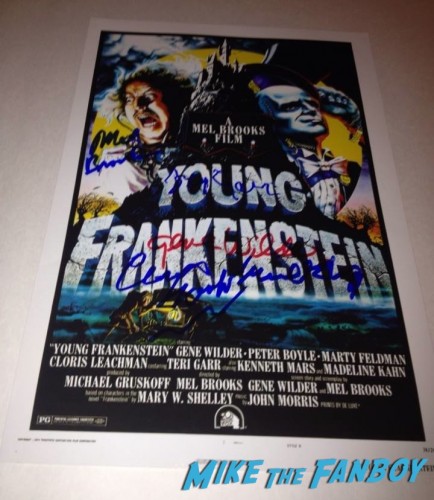 The event concluded with Dick Van Dyke. We assumed that he had already snuck out. Regardless, he walked out and stood in front of the doors for around ten minutes before trying to evade the small crowd of fans. Regardless, we walked around and asked him if he would sign. 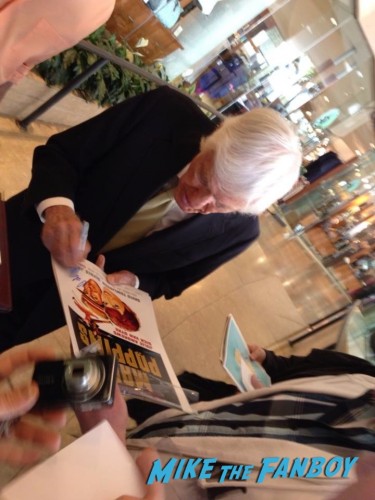 Of course, even though he didn’t want to, he obliged by signing for us in a very cheery manner. He signed my second Mary Poppins record and a photo that was already signed by Richard Sherman. As soon as the car pulled up, he jumped in… Within minutes, the event was over… 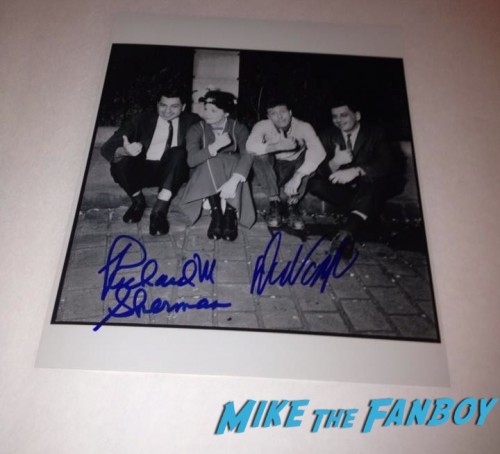 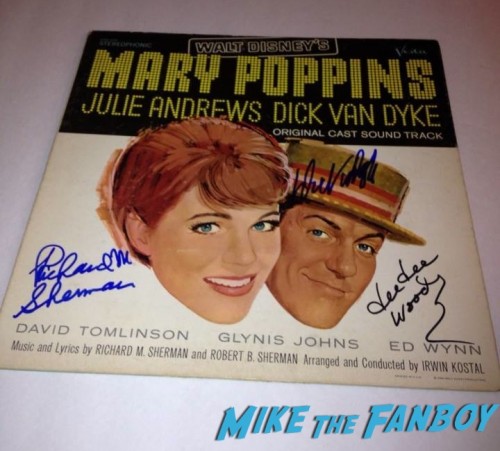