You know honestly, I didn’t know we had so many passionate X-Files fans out there! I know Buffy is a huge deal and I know that the X-Files has a huge following but man, I had so many people sharing their experiences with David Duchovny I should label this David Duchovny week here at Mike The Fanboy!

Ace just sent in this report about meeting the Californication star earlier this week. This is another great example of how several different people can be at the same event and have singular experiences.

Hey guys! I was very fortunate to get a last minute notice about a Duchovny event… I was blessed by the autograph mail gods, earlier in the day, with Michael C. Hall (Dexter) and Alan Alda (M*A*S*H). Regardless, let us get on to the recap. 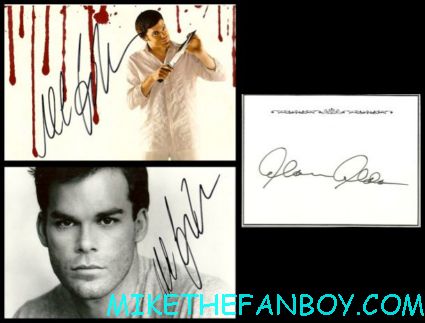 3:30- Receive notice of the Duchovny appearance…. From there, took my box that contains thousands of substandard 4 x 6 photos to quickly obtain a few before I walk out my door… Made a Mess… Looked like a Celebrity Snapshot War-zone…

3:33- Walked out the door with that unbearable feeling that you probably forgot something

4:18- Got to the destination and waited… Talked to other graphers… Probably made an ass of myself… It was really HOT!

5:40- Duchovny arrives and no one called his name… Sigh… We were too busy talking… The Barricade wasn’t even set up yet, so at that point in time, it wasn’t looking great….

7:05- Duchovny exits the building… The Crowd goes wild! MULDER IS WALKING OVER… I am freaking out…. He Starts signing, so I take a snapshot and put the camera away… 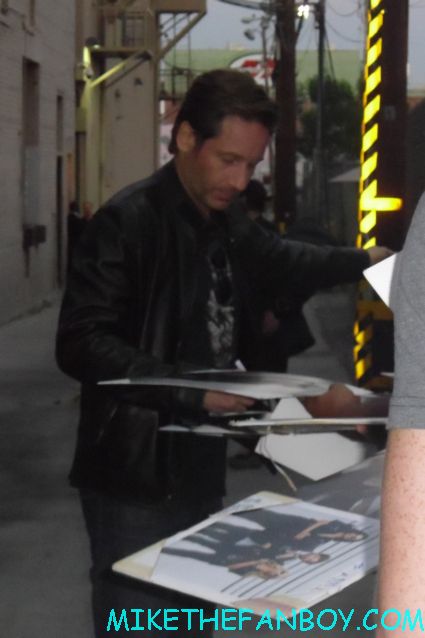 He was assertive on the 1 per person which I didn’t mind at all… I see he is signing X-Files memorabilia, so I pull out my Mulder Snapshot… 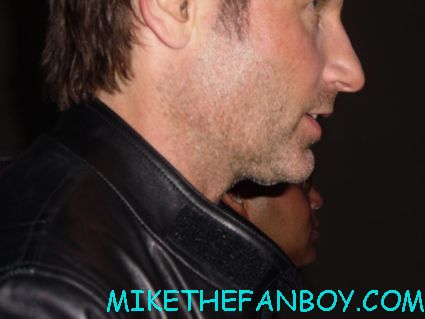 I grabbed the gold paint pen from DVD Dave… Shook like crazy… Could barely hand him the marker…. I tell him that I admired his work… He thanked me… And I froze…. 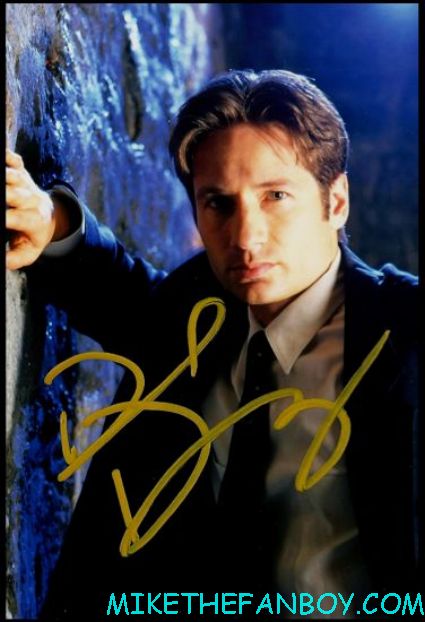 7:30- The Majority of the graphers left… I stay to obtain Jeffrey Ross. While the few of us were waiting… You had the crew ask who we were waiting for… When we uttered Ross, they exclaimed, “Really?”

9:20- Two Graphers remain…. He finally walks out of the building! We start walking over after calling his name several times…. He signs for both of us… Starts turning away, then we ask for pictures… 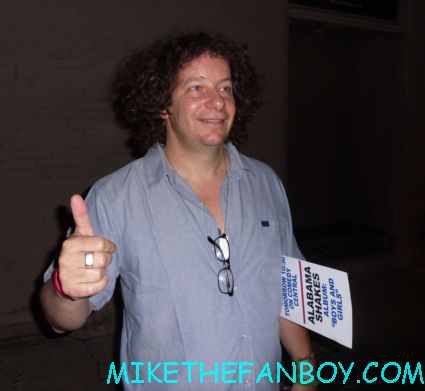 Snapped one for Billy… I hope it was ok, Billy…. Then he did the same for me… Ross was a class act… We talked to him about the roast… Told him how I love his insult comedy… Then I left…. Not bad for a last minute decision. 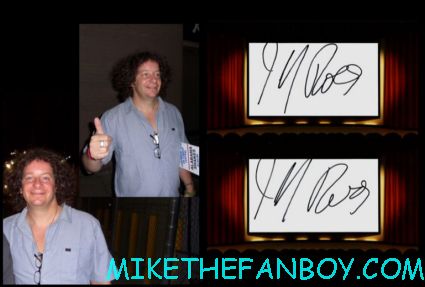