Richard M. Sherman has written music for films such as Mary Poppins, The Parent Trap, Winnie the Pooh, The Jungle Book, Chitty Chitty Bang Bang, The Aristocats, and Charlotte’s Web. In addition, he and his brother Robert wrote the theme park songs “It’s A Small World (After All)” and “The Tiki Tiki Tiki Room.”

He was recently portrayed in the recent Disney film, Saving Mr. Banks… He was also awarded as a “Disney Legend” at Walt Disney Studios in 1990.

Therefore, I had to go… I have so many mini-posters that are already signed by voice actors in the Jungle Book, or a mini-poster with the cast of Saving Mr. Banks, on top of a mini-poster signed by Dee Dee Wood and Dick Van Dyke.

My brother and I just waited for several hours before the movie ended. We honestly believed he was watching the film. We would be soon proved wrong as he would show up twenty minutes before the movie concluded.

As soon as he gets out of the car, he grabs his bag or something to that effect. My brother and I ask, Mr. Sherman, “Can you sign an autograph?” He says something like, “Yeah, One Moment.” A security guard extends his arms in a running fashion towards us, big enough to block a car, and stands in front of Richard Sherman to prevent us from getting near him.

As he is pulling his leg from the car, his wife drives off… The event coordinators start shrieking for her to stop the car. Of course, Sherman became startled… I still think if that security guard didn’t stand in front of us blocking him from getting out of the car, the whole situation would have probably been prevented.

One event coordinator said, “I don’t think we have time, guys…” The other agreed… Both apologized. They were very professional…

We waited about ten minutes… One of the nicer security guards warned us to get ready. A few of the patrons walked out of the movie theatre said it was the shortest question and answer they had ever seen.

Within moments, he walked out to the limo. We asked him if he would sign… They of course rushed him. He said, “Sorry guys, I will get you the next time.” His wife apologized before joining him.

Sherman and his wife got in the limo and the vehicle proceeded to drive a whole three miles an hour. We literally walked less than a hundred feet where the car eventually stopped.

His wife got out of the limo, and as soon as he popped out we said, “Mr. Sherman you said you would sign the next time.” 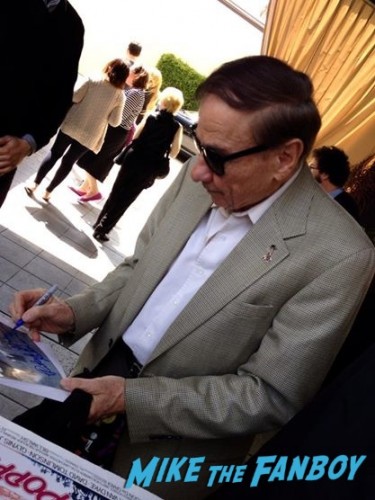 He smiled and signed my Jungle Book mini-poster before moving onto my brother’s Mary Poppins. 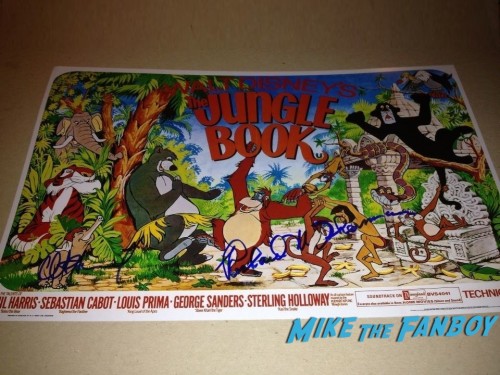 He also signed another Jungle Book mini-poster before we thanked him. Shortly after, he headed on his way into the venue. 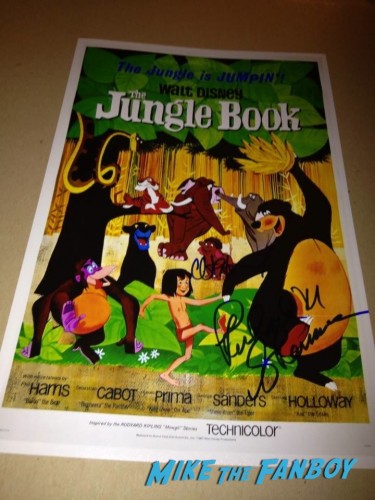