What’s up autograph fanatics! Ace here with my recap of meeting Clive Barker

Now, I never thought when I first started graphing that I would meet some of my horror idols. Since my graphing origin story, I have met horror icons like Joe Dante, John Landis, John Carpenter, Steven Spielburg, and George Romero among others.

When they announced a few months ago that a local comic shop was going to have a graphic novel signing with Clive Barker, I had to go. My friend and I printed several days before the signing, and we were positive that not many people knew. It wasn’t as advertised as you would expect, and if you didn’t pay close attention, all details would have been overlooked. 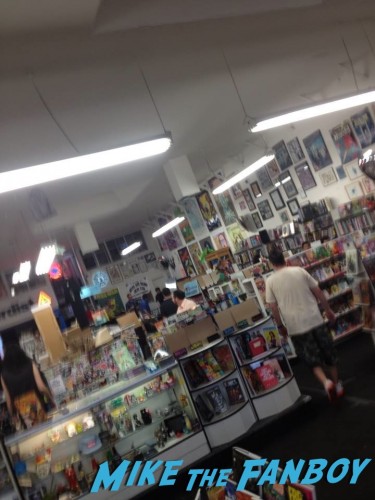 Sure enough, we arrived an hour before the signing was going to take place. At the time, we met up with several friends who showed up a few hours before… I only wish that we had asked them to save our place… Regardless, it wasn’t bad at all… There were probably only fifty people from beginning to end. 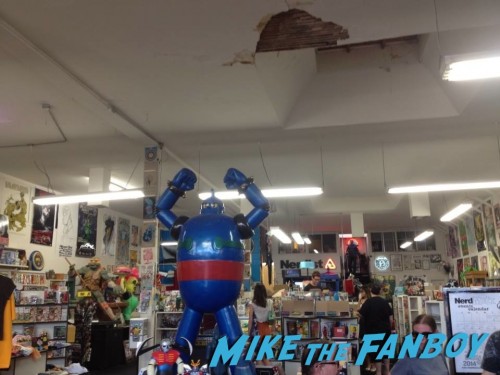 The time slowed down as the night progressed. I walked around the comic shop around ten times bored out of my mind. Barker showed up slightly late, and the signing did not progress until after they settled him in. 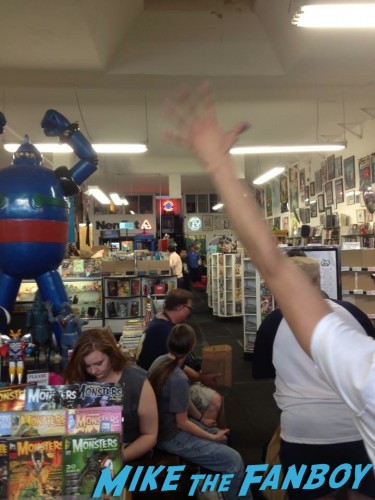 The signing eventually commenced and it seemed like it never moved. When we did move, it was only by the form of horror magic. Friends were long gone before we reached the front of the line. Every five people probably took approximately twenty minutes. I hear he was super nice and talked to everyone… I even know a few people who got the infamous Clive Barker nightmare sketches.

Of course, when we got to our turn, Mr. Barker had signed so much he got tired… We were so fortunate that he was even taking part in this event for so long. I was roaming the comic aisles grabbing a few comics along the way, when someone grabbed the comic next to me. I looked over my shoulder, and of course, it was Mr. Barker doing some quick comic shopping during his break. In an effort to not seem so creepy, I grabbed the comics, paid, and got back in line. 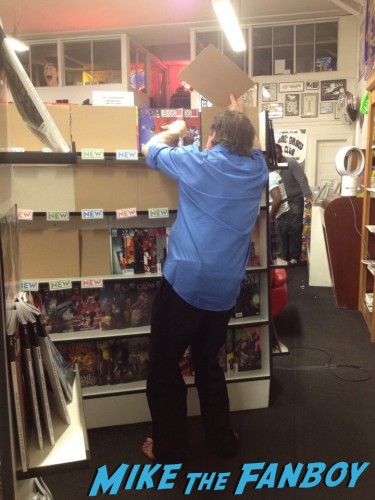 He continued his comic shopping up and down the aisles. 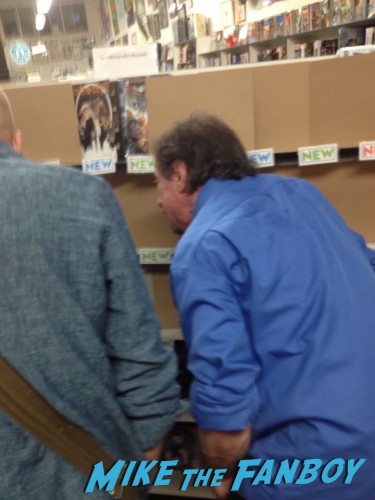 It was pretty cool! 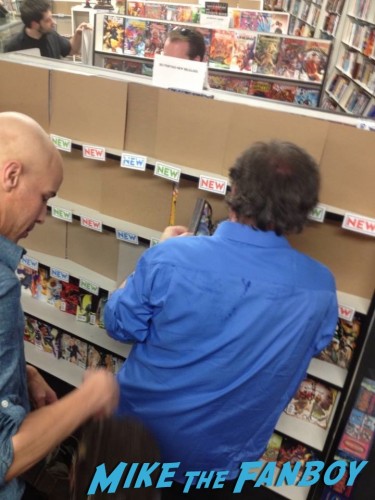 After he was done, he remarked about getting back to sign some autographs. 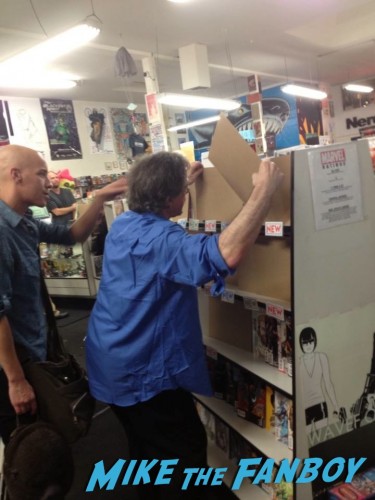 Alex and I finally got up to him… He greeted us. I geeked out a bit and told him how much I love his Hellraiser series… 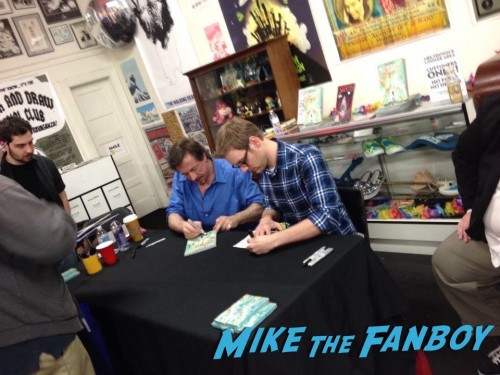 I told him it was such an honor, and he thanked me several times before he signed my items. 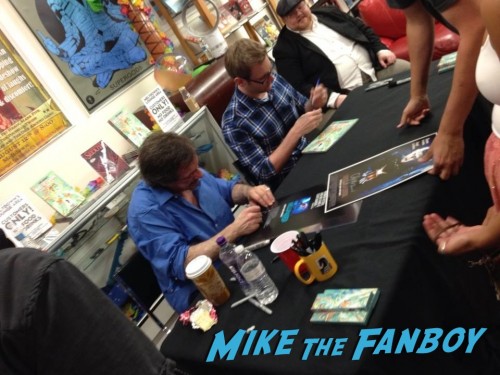 He signed my two mini posters beautifully  and a couple mini photos that were already signed by Doug Bradley. As long as the signing took, it was totally worth it. 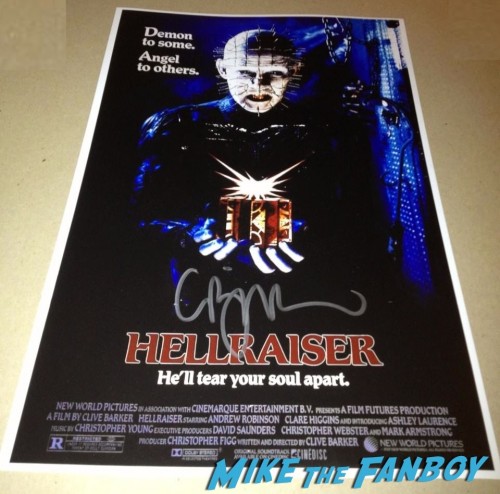 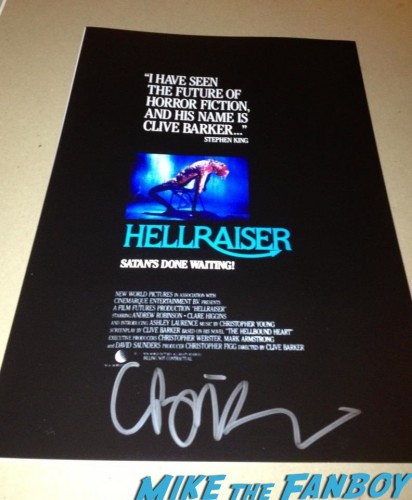