Do you know why the human eye can see more shades of green than any other color?

If you know the answer to my question, you are just as sad as I am that Fargo is no longer.

The show was brilliant from beginning to end. I could not wait for the next week to come. Regardless, while I do want more, I am glad the way it ended. Typically, the industry has a habit of beating something to death. With Fargo, there is no cliffhanger, our journey concludes…

I followed along the lives of some pretty interesting characters within Fargo. If you haven’t seen the show, download it. Buy the season. Message Netflix! Do something. I believe the movie doesn’t compete with the show. The movie withers away into non-existence with comparisons.

We headed to the final main cast appearance with the exception of Martin Freeman.

We arrived an hour or so before the screening started. OTG John was already on the scene. I was ready with my favorite shots of Fargo along with my mini-posters.

We waited where we thought all the talent would arrive. After checking the other end for cars, I came back to discover I had missed Carradine within those few moments.

Thankfully, a friend of mine got one of my items signed so I wouldn’t feel like a total loser.  It was only a short matter of time before Allison showed.

Her car arrived and we waited for her to approach us. She softly said “Hey guys!” 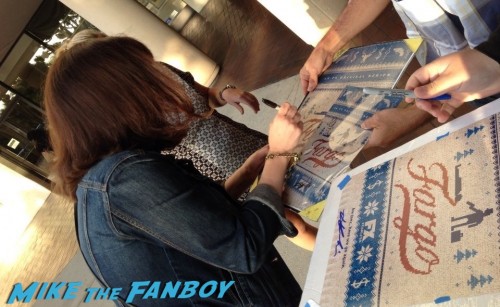 Went down the line and signed our items. I have never heard of anyone meeting her! 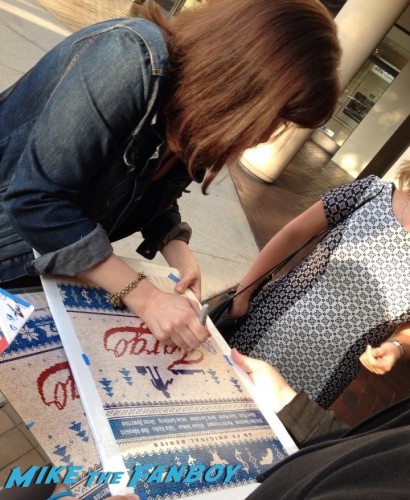 My friend’s girlfriend remarked about how she liked her outfit. She said, “You can get yourself one at Target!” 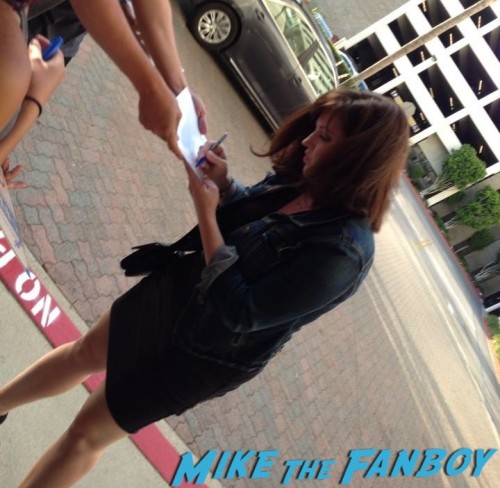 The next 45 minutes would be complete static. Handlers walked in and walked out… An hour had passed before the handlers remarked to each other that “Billy is already in.”

We ran to the front, the sides, and the back. Sure enough, we had NO idea where they walked in. There was an SUV in the front, but could not positively make the assumption the others walked through the front.

Therefore, we decided to split up. We took sides. I was prepared to miss Carradine for the chance to get the other two main characters.

After the audience broke, I could see from the distance that Carradine was walking the other way. 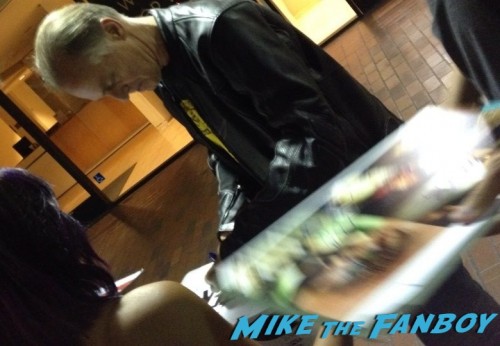 My brother says he was as nice as could be, quickly chatted, as he signed all their stuff.

Within two minutes, Colin walks out with what seemed to be an FX publicist. He was nice enough to sign a couple items of mine. Hanks almost seemed borderline of not terribly fan friendly, but I can’t complain. I called my brother over along with my friend. He didn’t seem as willing to sign for them, but he did it once again. 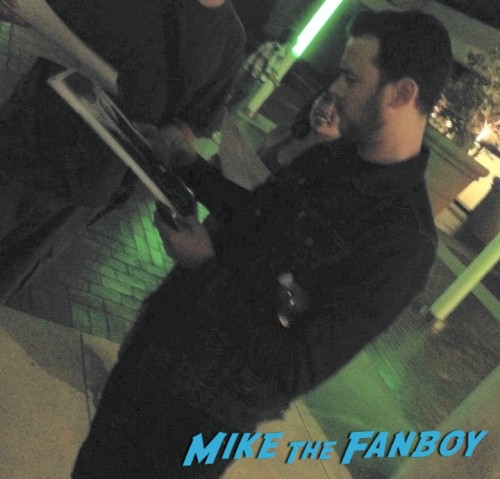 At that point in time, the night was over. Nobody was exiting the venue any longer. We assumed Billy Bob Thornton had left another way. We decided to give it another five minutes before heading on our way. Sure enough, minutes later, Billy Bob rushes out.

As soon as he exited the venue doors, we asked if he would sign a few autographs. He did not hesitate. He went down the line taking his time. He signed my posters along with my dual shot of him and Colin. His handler kept saying “All right, that’s enough, have a nice night guys.” He kept signing and taking photos as we told him how much we love the show. 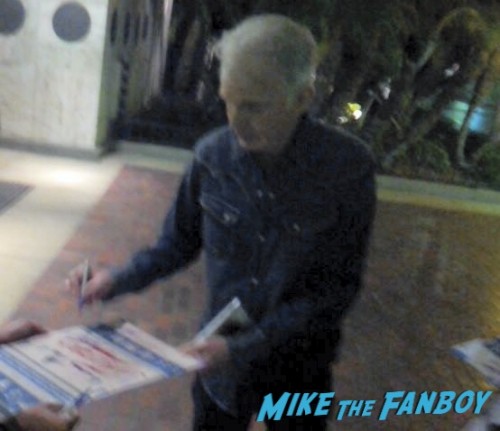 He was tremendously nice. I just wish more people were like him. Just a class act! 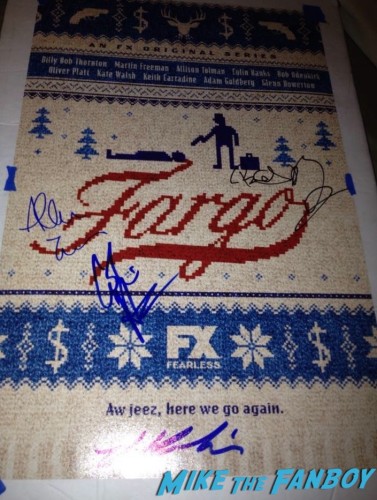 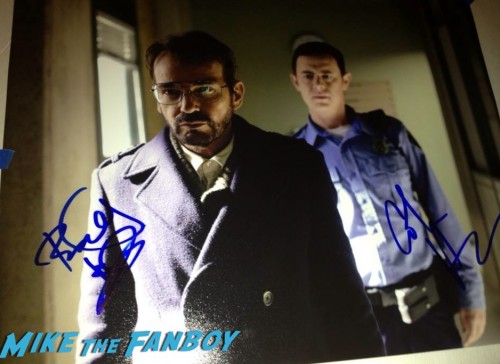 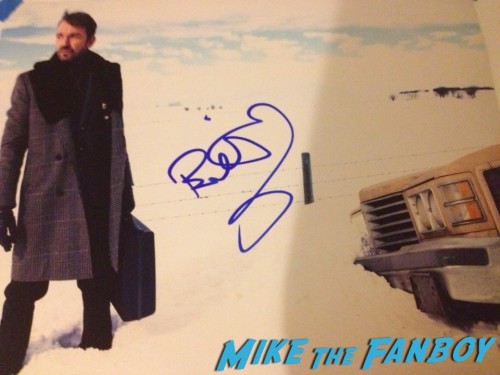