What’s up autograph fanatics! Ace here with my recap of meeting Kim Novak…

Now, if you are a close personal friend of mine, or a reader at MiketheFanboy, you know I have an extreme appreciation for the classic film actors of the golden screen.

I remember watching Vertigo for the first time. It is a film for those of you who haven’t seen it, I have an extreme jealousy of your situation. Some films leave us with certain awe and amazement that impact us tremendously the moment our eyes capture the display for the first time.

Vertigo is a tremendously beautiful film. Its qualities were recognized in 2012 when British Magazine Sight & Sound reported the film overthrew Citizen Kane as the greatest film of all time, which had the top spot every decade since 1962.

Therefore, as soon as I heard she was taking part in a local Q & A, I pulled out mini-posters and printed a few shots from the movie.

She is among the rarest out there. She kind of dropped off Hollywood’s radar for quite some time. Since her last role in 1991, she retired from acting and resides in the state of Oregon currently. I hope she makes a come back… I am definitely rooting for her…

I am pretty sure everyone saw her appearance at this year’s Oscars. Instead of welcoming her, there were too many critics focused on her appearance. She wasn’t bad at all. Regardless, when you have some time, I would read the articles and watch the videos from the recent Q & A.

I will start off by saying, Ms. Novak looks amazing for her age… For god’s sakes people, she is eighty-one! Donald Trump definitely has no room to talk, as he is a mole on the hairy ass of humanity. She had this amazing, friendly, warm aura that you sometimes experience with celebrities you meet. Definitely, she embodies the soul of a classic Hollywood screen legend.

We arrived at the theater several hours hoping to catch her on the way to the discussion. She arrived around an hour early, and we could see the car strolling down the street before it turned into the parking lot. Alex remarked that it was “Robert Osbourne,” of course, as soon as I saw her in the passenger seat, we ran to the designated area behind the gate.

As soon as she got out of the car, the four of us waiting called for her praying that she would walk to us. They must have said something like, “Don’t do it!” as she was hesitant for the few moments that proceeded. She kind of glanced over and saw the four of us as we were crying for her. She literally made a 180-degree turn and bee lined towards us. 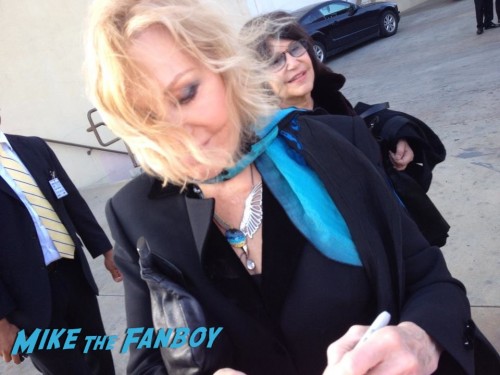 Immediately her manager, Sue Cameron, made firm that she was signing only one each. We were just so happy that they walked over that it did not matter…She signs my Vertigo poster and proceeds down the line. 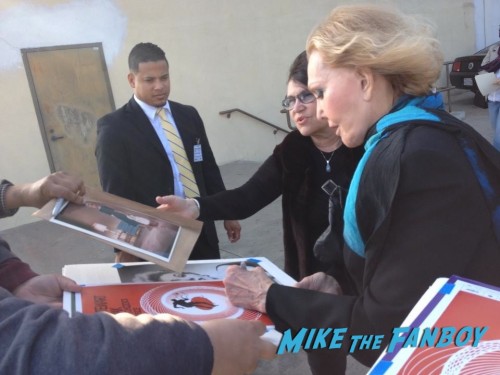 Everyone was in great spirits… We thanked her and she made her way back to the theatre. 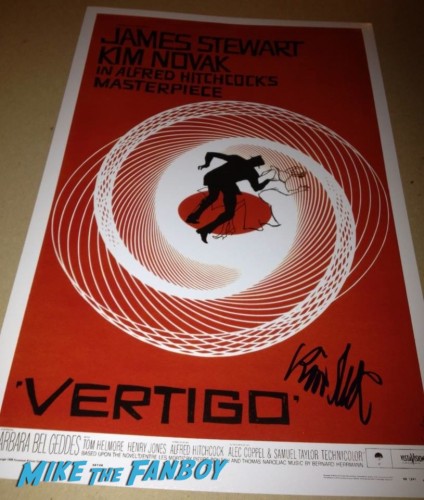 Now, of course, we had some time before the next Q & A, so we hoped that she would possibly sign on the way out.

Of course, it never is likely, but we had some time before William Friedkin went on stage a few doors down. Now… that’s another story for another time…

Regardless, after the movie and discussion ended, Ms. Novak and her group exited the theatre. There were now around twelve people waiting to see the Hitchcock leading lady. While it seemed like she wanted to walk over, she kept looking back and after several minutes decided to sit in the car. Sure enough, it was over within several minutes.

As we were walking to the William Friedkin Q & A, we see these same cars pull up.  A flurry of fans approached the car from a distance as Ms. Novak got out of the car. 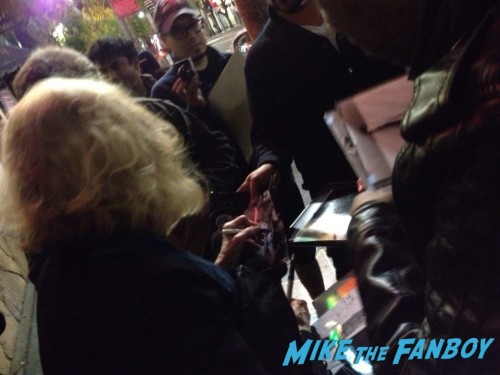 She immediately started signing. Chris, Alex, I immediately grabbed our photos from the car and joined the party. 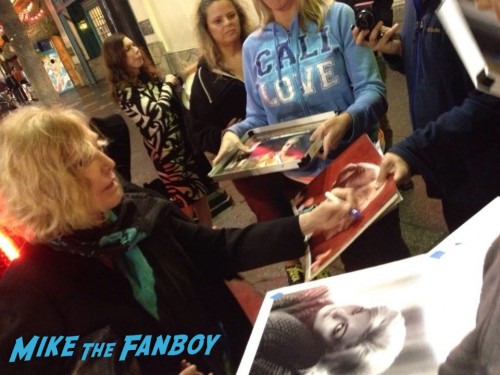 She remarked on every photo she loved before she graced her autograph on the photo itself. Her manager said “Kim, you already signed one for him” referring to me. 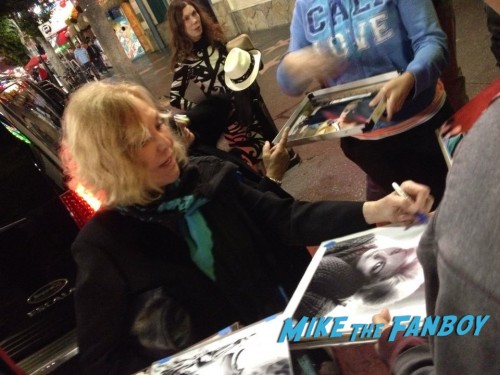 Kim replies “No… No…No… that was his first one” as she winks at my brother and I. Despite her people claiming one only, she kept signing away… 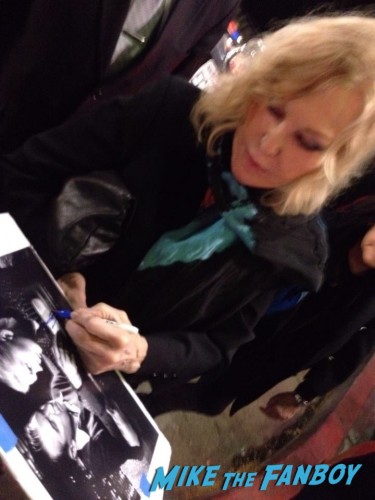 We constantly thanked her as she walked away to her destination.

There is an extreme luminosity that comes from within her…. You can not manufacture her type of movie star… 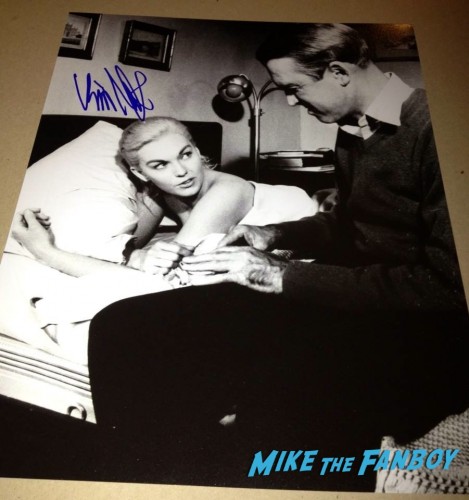 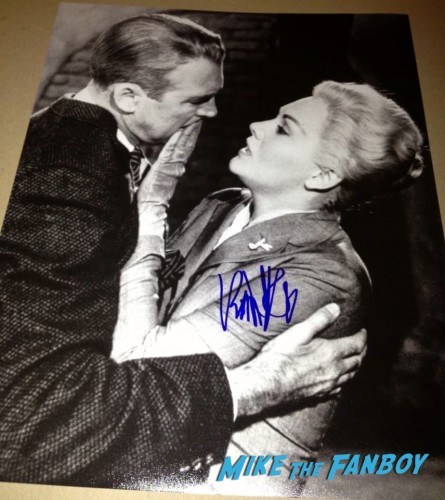