It’s a rainy friday here in La La Land and so why not have a special deal of the week!

There’s a bunch of cool stuff and first up is Parks and Rec star Nick Offerman!

After two”New York Times”bestsellers, Nick Offerman returns with the subject for which he’s known best his incredible real-life woodshop.
Nestled among the glitz and glitter of Tinseltown is a testament to American elbow grease and an honest-to-god hard day s work: Offerman Woodshop. Captained by hirsute woodworker, actor, comedian, and writer Nick Offerman, the shop produces not only fine handcrafted furniture, but also fun stuff kazoos, baseball bats, ukuleles, even mustache combs.

NowNick and his ragtag crew of champions want to share their experiencesof working atthe Woodshop, tell you all about their passion for the discipline of woodworking, and teach you how to make a handful of their most popular projects along the way. This book will take readers behind the scenes of the woodshop, both inspiring and teaching them to make their own projects and besotting them with the infectious spirit behind the shop and itscomplement of dusty wood-elves. 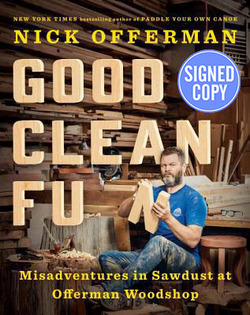 Whether you ve been working in your own shop for years, or if holding this stack of compressed wood pulp is as close as you ve ever come to milling lumber, or even if you just love Nick Offerman s brand of bucolic yet worldly wisdom, you ll find”Good Clean Fun”full of useful, illuminating, and entertaining information.” 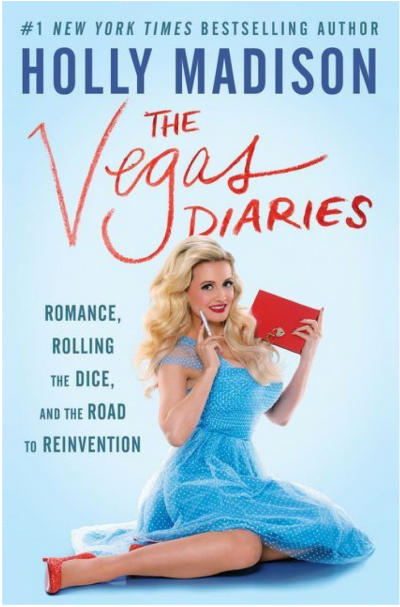 If it can happen in show business, it’s happened to Jon Cryer. Now he’s opening up for the first time and sharing his behind-the-scenes stories in a warmly endearing, sharply observed, and frankly funny look at life in Hollywood. 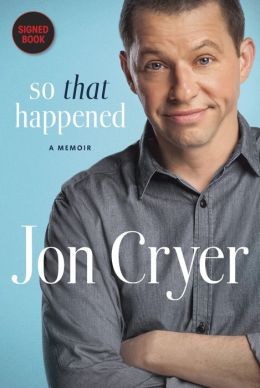 In 1986, Jon Cryer won over America as Molly Ringwald’s loyal and lovable best friend, Duckie, in the cult classic “Pretty in Pink “in a role that set the tone for his three-decade-long career in Hollywood.

Booker T. Huffman, 2013 WWE Hall of Famer and winner of thirty-five championship titles within WWE, WCW, and TNA, has once again paired up with best-selling coauthor Andrew William Wright to uncover Booker T’s story from his humble pro wrestling beginnings to becoming a global superstar and icon. Booker T: My Rise To Wrestling Royalty is Huffman’s highly anticipated follow-up to the 2012 award-winning Booker T: From Prison To Promise, in which Booker detailed his turbulent coming-of-age on the streets of Houston, Texas.

Revisit two hard-hitting decades with Booker T as he journeys through World Championship Wrestling (WCW) and World Wrestling Entertainment (WWE). During this time he blazed a trail of pro wrestling success on a road that took him from his tag team days in Harlem Heat, with brother Stevie Ray (Lash), to his unparalleled singles career that drew millions around the world to WCW’s Monday Nitro, and onward through his unforgettable matches that led to his taking the throne as King Booker and becoming the FIVE-TIME, FIVE-TIME, FIVE-TIME, FIVE-TIME, FIVE-TIME (and eventually six-time) world heavyweight champion.

Andrew William Wright is an author, a producer, and a writer. He is the coauthor of “The Road Warriors” and has contributed to several New Jersey newspapers, including the” Asbury Park Press.” He has produced “The Hardy Show” featuring Matt and Jeff Hardy and RVD-TV with Rob Van Dam. He lives in Ocean, New Jersey.