Usually we do the Deal of the Week on Wednesday, but this is a fun bonus! There are two sales that are pretty rad. Magic Johnson for under $50 bucks? Yep.

What more can be said about Earvin “Magic” Johnson that you or I don’t already know. He’s a 5x NBA Champion, 3x NBA Finals MVP, 3x Regular Season MVP and was chosen to 12 All-Star Games. Also let’s not forget that he was already a champion coming out of college as he helped Michigan St. win a NCAA Championship in 1979. Magic Johnson is and will forever be one of the great basketball players to ever live. 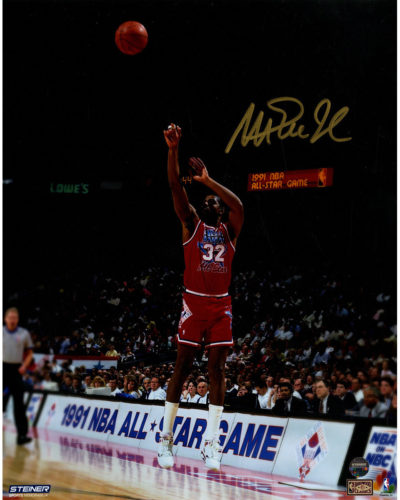 You can now own this Magic hand-signed in gold picture of him taking a jump shot during the 1991 All-Star Game.

And this is a really good deal as well, Julius Erving basketballs with a case!

Philadelphia 76ers Legend Julius Erving has personally hand-signed this ABA Basketball. Julius Erving was one of the most exciting players to ever play in the NBA, and is considered by many as the greatest player of his era. Known best for his flashy dunks and interior dominance, Dr. J was nearly unstoppable. His Jersey was retired by both the New Jersey Nets and the Philadelphia 76ers, and he was later inducted into the Hall of Fame. This Julius Erving autograph is Guaranteed Authentic and includes a Steiner Sports Certificate of Authenticity and accompanying tamper-evident Steiner Hologram.The Steiner Seal Means It’s Real. 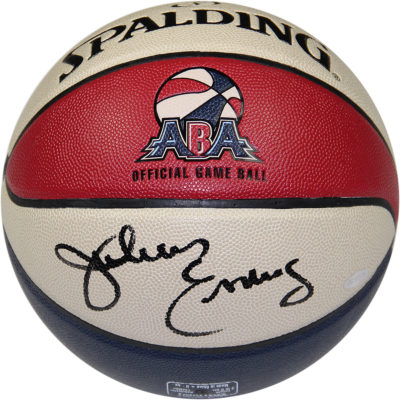