Who doesn’t love Adventures in Babysitting?

It’s a cult classic and one of my favorite films. Pinky is of course married to one of the stars of the film, Keith Coogan. I think he may have gotten a mention here or there on MTF.

Well, they met up with Keith’s co-star in the film Anthony Rapp who is in Los Angeles doing a play.

Hello, my lovelies. Pinky Lovejoy-Coogan here still on a high after finally meeting one of Keith’s awesome co-stars from Adventures in Babysitting, Anthony Rapp. What a sweetie! 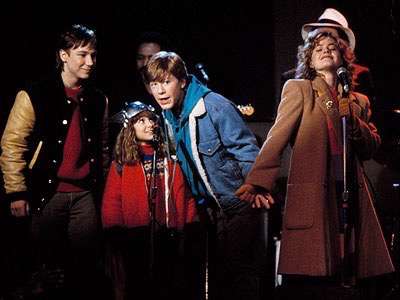 Anthony is currently in Los Angeles performing in the Broadway play If/Then at the beautiful Pantages theater and we were lucky enough to attend the opening night premiere last Wednesday. 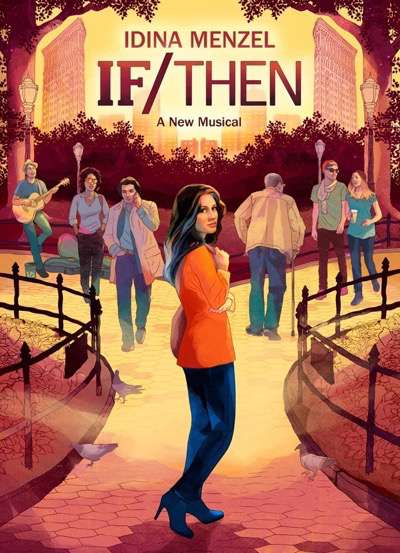 After the show, we were hoping to surprise Anthony at the backstage door, but, alas, a VIP party was going on inside and they didn’t open up the area normally used to greet the performers near the backstage door. Still, we really wanted to see him and, thankfully, one of his co-stars came out to greet some friends. When he was there, I asked him if he could let Anthony know we were there. I figured it couldn’t hurt, right? 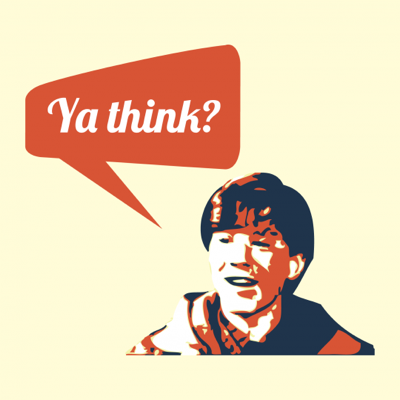 Not five minutes later, Anthony came out to the fenced area and opened the door to bring us backstage with us! So cool! We were dying. It was so unexpected and such a neat thing to be able to go backstage of that gorgeous theater. Anthony was spectacular in the play and it was so fun to get to see him backstage and then head over the VIP party for a bit.

Just in case you didn’t know, Keith and Anthony played best friends Brad and Daryl in the 1987 movie, Adventures in Babysitting, and Keith has shared hysterical stories of them on-set. It was heartwarming to watch them catch up, as they hadn’t seen each other in person since the mid-nineties. 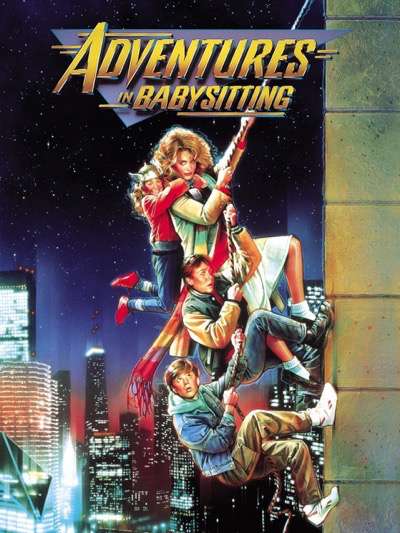 Of course we had to snap a few pictures together and Anthony is great at taking selfies. What an extraordinary night! I’ll never forget it. Thank you, Anthony, for being so sweet and for the VIP treatment. It meant the world to us and we hope we get to see you again soon. 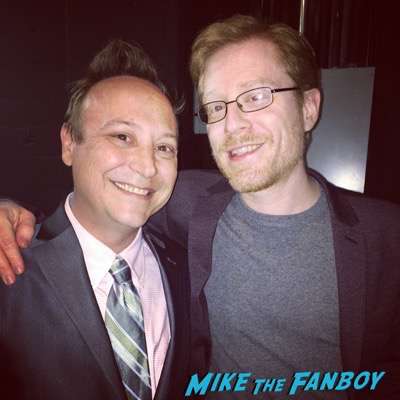 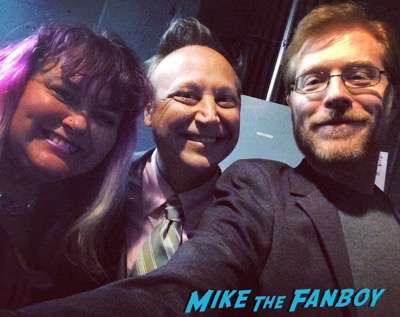 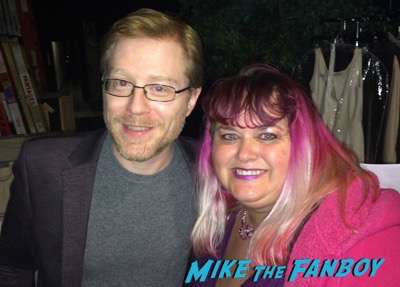 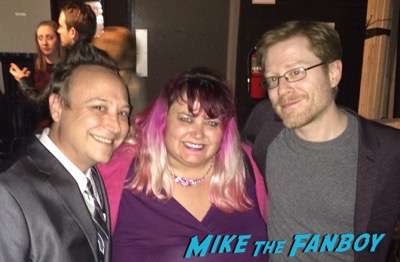