Home / NEWS / Does Tomorrow’s Agents of S.H.I.E.L.D. Have An Avengers Sized Cameo!? According To This Teaser Maybe!

Agents of S.H.I.E.L.D. is a bonafide hit for ABC. The season premiere or rather series premiere was a ratings blockbuster! And according to this new promo video… There might be a cameo in tomorrow’s episode! 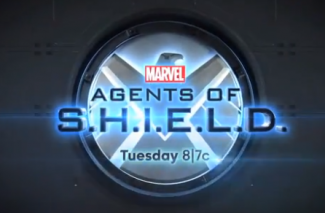 The new teaser for the series says stay tuned through the end credits and most telling of all… The Agents of S.H.I.E.L.D.
logo has a black eye patch on!

Is Nick Fury making a cameo? Hmmmm I haven’t heard about Samuel L. Jackson shooting anything but you never know?!? I guess… You’ll have to tune in to find out tomorrow on ABC!

Who’s going to be watching?!?