Home / Fanboying! / By Grabthar’s Hammer I Will Meet Alan Rickman! The Galaxy Quest Star Is Super Nice To His Waiting Fans! Autographs! And More!

When I heard that Alan Rickman was going to be doing a rare and private q and a I knew I had to go. I brought a few things with me, my Love Actually cast poster, my Robin Hood mini poster and a model of the NSEA protector already signed by Sigourney Weaver.

Ace and Scotty were also excited and we all headed down.

As the time was ticking away, more and more people started to show up. Granted we got there pretty early just in case Alan Rickman decided to head in to see the film. You never know right?

I have only met Alan Rickman one time previously, that was back… Oh… 2008? Maybe?

I know he doesn’t sign Harry Potter memorabilia so I didn’t even bring anything related to the series.

Scotty brought his mini poster just in case, but I warned him before he even came out.

We all were mingling about and decided to line up, I’m telling you, when people are behaving, it makes things so much easier.

After a bit, a car pulled up and out came Alan Rickman. 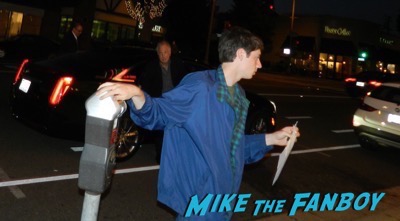 He walked over and, he wasn’t chatty but very cordial. He did personalize everything he signed. Now, normally I don’t care, but I’ve been working on this cast poster for Love Actually for like… six years. I have so many people on it, but you know… It’s mine, so what can you do right?

Alan saw a Harry Potter poster and said, “I don’t know what THAT is.” In only the way Alan Rickman can. Someone asked him for a photo and he said, “You can take a picture of me.” 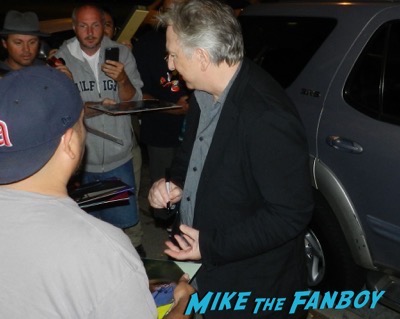 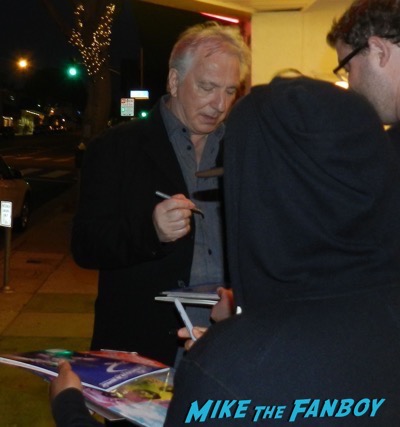 And there were some Diehard items Alan wouldn’t sign but then he ended up signing a couple Diehard items, so I don’t know why he said that.

He was very nice and made sure everyone who didn’t have Harry Potter got something signed. 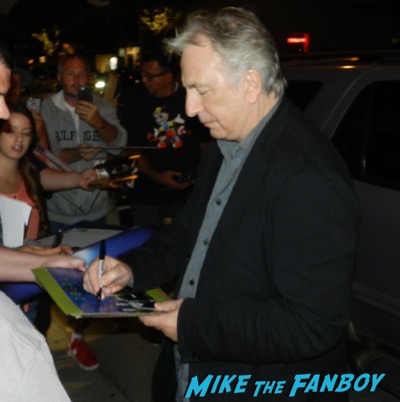 The q and a was short and so we waited until the end. Some new people showed up, some others left, but there were only about seven people waiting.

Alan Rickman came out and was in a super great mood. He was joking around with people and asked how much of these things were going to be on eBay? Realistically, when you personalize everything, it’s not going to end up on eBay.

He signed my Robin Hood mini poster, and actually searched for a place to sign because he wouldn’t sign in any other color pen than black. 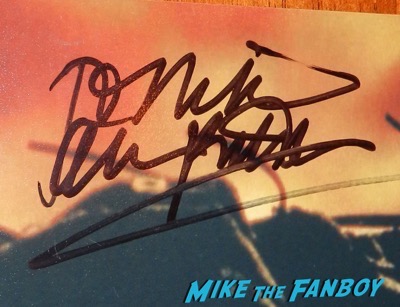 He was very nice and shortly after said, “Okay, I’m done now.”

And that, as we say is that.

It was a fun night and it’s always a treat to see Mr. Alan Rickman in person! 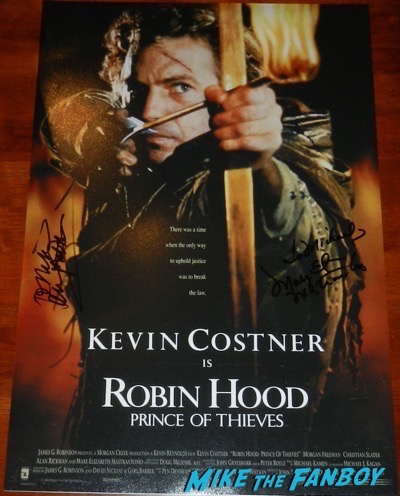 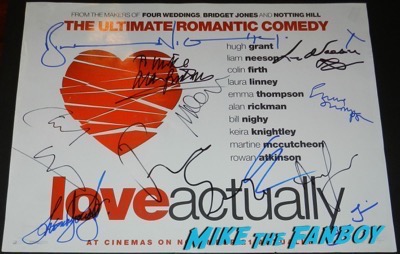