With Star Trek Into Darkness blasting it’s way to the top of the box office this week, we’ve been having our own Star Trek week here on Mike The Fanboy.

Now, Star Trek is one of my favorite movies and shows ever. I’ve loved pretty much all of the different series and films that have come along. Now, with the release of Star Trek Into Darkness the cast is all over the place.

When I heard that there was a contest where you could meet some of the cast of the new film and then see an advance screening I knew I had to get my contest on and try to win.

As luck would have it I got a call saying that I did win! YAY! You may have seen Russell’s report earlier where he was able to get into the San Francisco fan stop. That one included Simon Pegg and sadly ours didn’t. Doh!

When the day came Erica and I brought all our memorabilia from the premiere. You never know who was going to show up.

The radio station told us to bring stuff to get signed so that’s always nice.

When we finally battled the traffic to get to the Microsoft Store (Only LA Traffic! UGH) We finally arrived and lined up. There were about 50 winners so a 100 people in total.

After lining up for a hot second we started moving. We were told that the cast members here were John Cho and Alice Eve. The Cho! 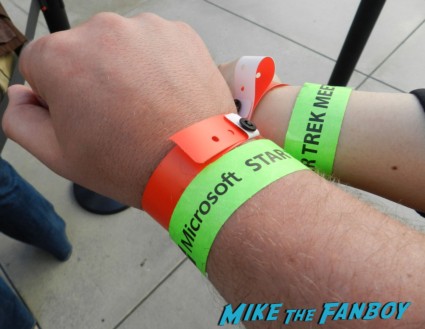 Erica and I both had items for John left to sign.. he is The Cho after all! LOL… Plus, getting Alice Eve isn’t to shabby either. LOL.. 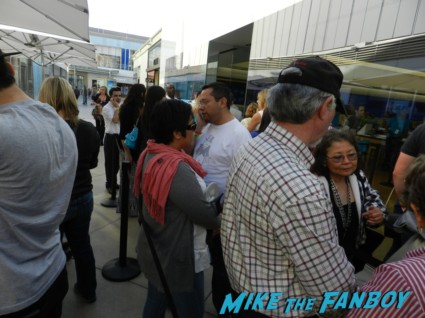 When we got closer the people took all of our bags and items. 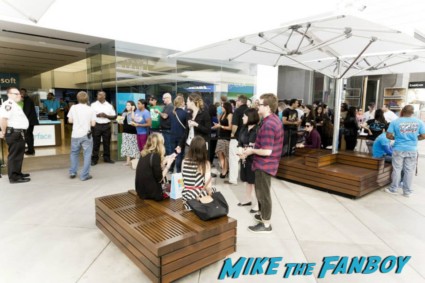 Erica told her that we were told to bring items but the Microsoft lady said that there was a miscommunication. 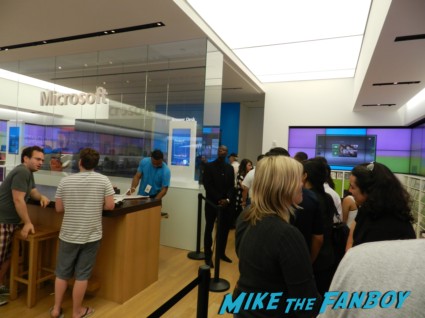 Ah well.. Erica talked to The Cho and Alice Eve for a hot second. 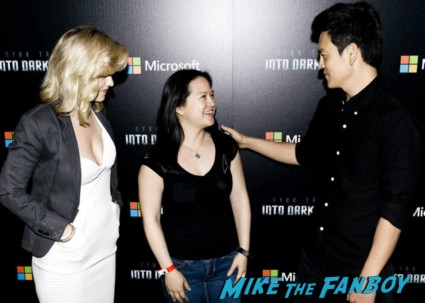 The photographer on hand then took a posed photo with you and the two leads. 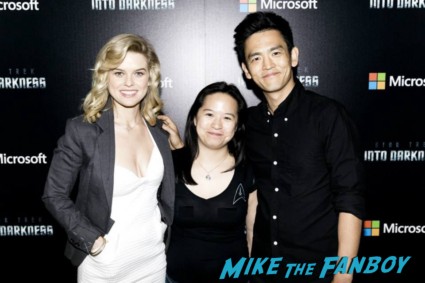 Then it was my turn. I have to tell you, both The Cho and Alice Eve were very kind and chatty. I told Alice that Star Trek was my top movie of the summer. And she said, “Now that’s what I like to hear!”

A quick photo and that was that. Still it was really nice. 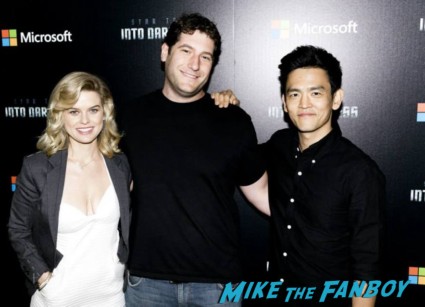 We were given a pre-signed mini poster the one I started at the premiere. It’s nice though.

In the theater Alice and The Cho introduced the screening and were very engaging. As you all know I loved the film and highly suggest you all go see it! 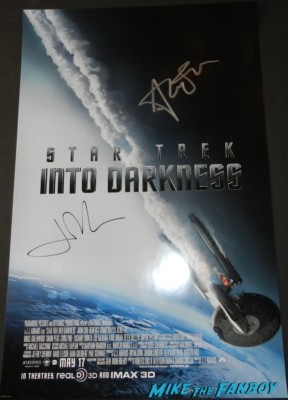