Home / Contests / All Is Lost Movie Ticket Giveaway! Share Your Own Survival Stories For Extra Entries!

 
Academy Award® winner Robert Redford stars in All Is Lost, an open-water thriller about one man’s battle for survival against the elements after his sailboat is destroyed at sea. But with the sun unrelenting, sharks circling and his meager supplies dwindling, the ever-resourceful sailor soon finds himself staring his mortality in the face. 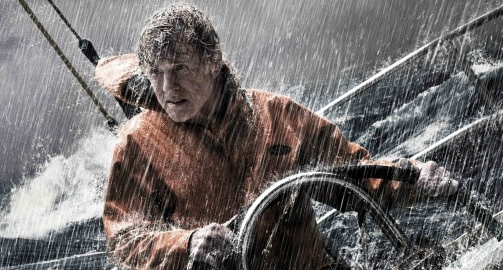 Written and directed by Academy Award nominee J.C. Chandor (Margin Call) with a musical score by Alex Ebert (Edward Sharpe and the Magnetic Zeros), All Is Lost is a gripping, visceral and powerfully moving tribute to ingenuity and resilience.
All Is Lost opens in NY and LA October 18, nationwide October 25th.

First check out this awesome Interactive Movie Poster below!

Move & click your mouse across the GIFs to control the scene and transport yourself on a solo voyage into the Indian Ocean!