Jekyll Or Hyde. You know, it’s hard to write a report when the person you’re writing about is super nice and you didn’t have the best encounter. Well, to be honest, we didn’t even get near her.

The person I’m talking about is none other than Ms. Amanda Seyfried and the event was the Letters To Juliet World Movie Premiere at the Chinese Theater. Now, I was super looking forward to this event because it would have been the first time I met Amanda.

Now, this was the day and age that you didn’t have to get there at the crack of dawn for any premiere’s so it wasn’t super busy but I’ll tell you for a small movie it was pretty packed.

The set up was the Chinese theater and it’s never an easy time when there’s traffic to deal with. Ugh… One bus and you want to yell and scream. lol… 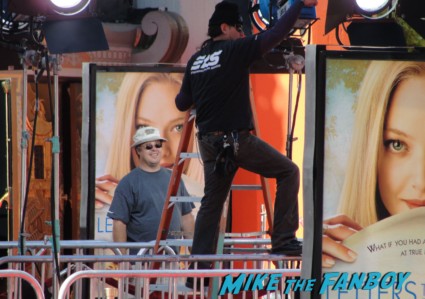 Peter Facinelli arrived and he waved but didn’t cross. This was not boding well for us. If someone who is super nice like Peter Facinelli didn’t come over… Shit… We could be in for a full sweep of fails. 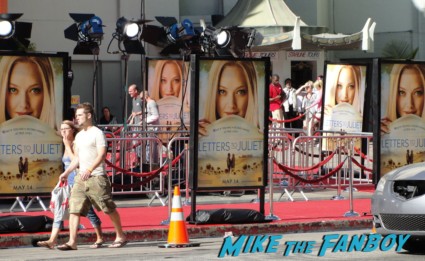 Is that grammatically correct? A full sweep of fails… A full day of fails? I dunno… No matter how you paint it… Badness. lol…

When Amanda finally dropped, the crowd went crazy. We all yelled and yelled for her. She turned and waved. Amanda pointed at us and then waved again and then headed to the red carpet never to be seen again..

Until the next premiere that is. 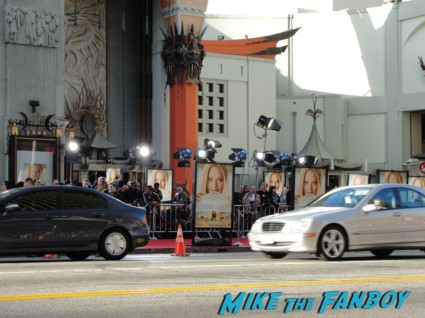 Now, I hate saying anything bad about someone so nice. I mean Amanda Seyfried is super sweet and I’ve had the amazing fortune of meeting her several times over the years. However, this is Jekyll Or Hyde so that’s the only reason I wanted to share this encounter because I love Amanda and again she’s super nice…

But as they say even the nice ones, can have not nice moments… Or be pulled to the carpet, or told not to come over to the fans, etc…

So, on this day, for a new fanboy, Ms. Amanda Seyfried is Dr. Jekyll!

For not greeting fans (even though she’s generally super cool) Amanda Seyfried gets the Angry Theo Award!