David is on a role, you might remember him from his previous encounter with Orlando Bloom not too long ago!

Just recently David was able to meet the stunning Amanda Seyfried and she was her usual adorable self. How can you not love Amanda?

Check out David’s recap below!

Singapore isn’t exactly known as a hotbed for regular celebrity sightings, so it’s a big deal when we do catch wind of an event before it actually happens.  Recently, my friend Manfred called to tell me that Amanda Seyfried would be in town the following day in her capacity as the brand ambassador for the cosmetic brand Clé de Peau Beauté.  She was scheduled to do press interviews and attend a store opening as well as a gala dinner.

Unfortunately, we didn’t make the cut for any of the guest lists so we had to figure out how we were going to meet her. Thankfully Manfred found out that her first press event was taking place at a well-known restaurant at a popular art gallery.

I grabbed my copy of Mean Girls (it’s was the only DVD I could find in my messy room) and a couple of my children’s books that I hoped to give Amanda for her new baby daughter and headed straight to the art gallery.

Manfred and I were the only fans there and a while later, we spotted Amanda walking to the restaurant with two security personnel. Amanda looked stunning, truly luminous and it’s easy to see why the beauty brand appointed her as its ambassador.

When Manfred approached one of the security men held his hand up and said “No!” But Amanda smiled and said, “Yes, I’ll sign.”  The security personnel relaxed and let us approach. Both of us babbled. Manfred asked her to personalize his DVD and then I told her I had brought my books as a gift for her baby daughter. Her eyes widened and she smiled, looking at the books. “You wrote these?” she asked. Thank you!” 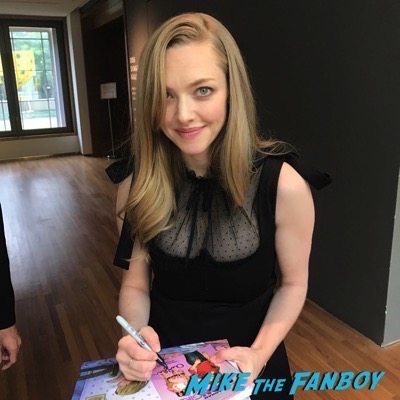 Dumbfounded I asked her if she would sign my DVD, which she personalized as well as two index cards. Then it was time for photos. We then thanked and her security ushered her off to the next event. I was stunned and thrilled when I saw the photo Manfred had taken Amanda: she was holding my books in the photo! She didn’t have to, but she was so nice to have done so. 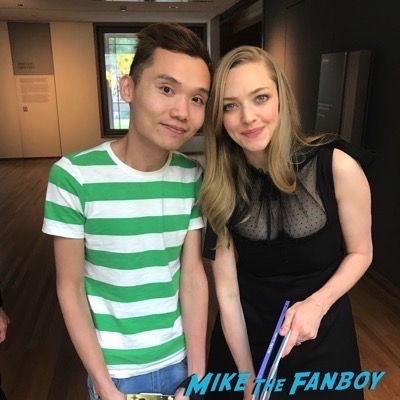 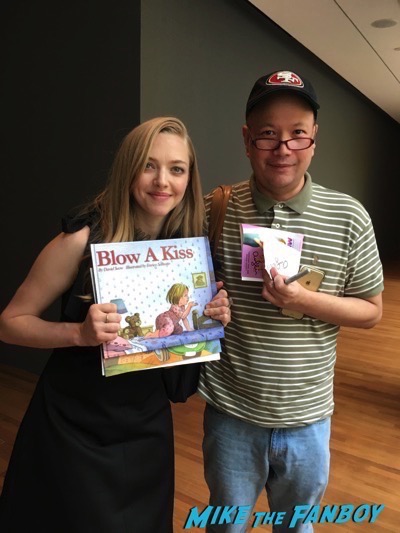 But we weren’t done for the day as we were hoping to meet Thomas Sadoski as well and sadly he wasn’t at the press event. Manfred suggested trying their hotel so off we went and sure enough, we spotted him walking in. Manfred approached as I brought out another book that I had for their baby, He thanked me and agreed to an autograph and photo each. 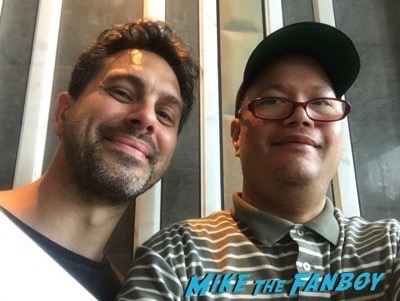 I have to say they have to be the nicest celebrity couple that we’ve ever met. 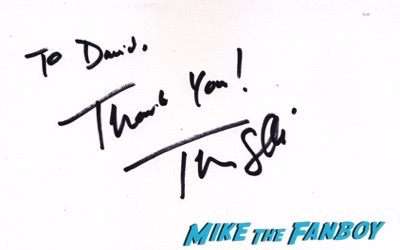 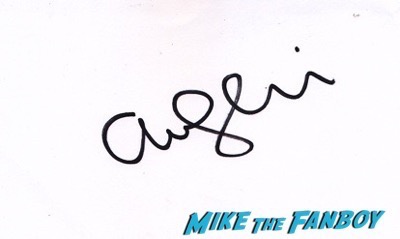 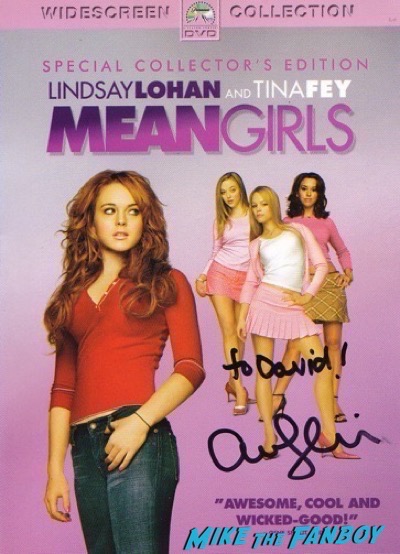