I have to hand it to AMC, they have an amazing track record when it comes to original programming! And all of us here at Mike The Fanboy are huge HUGE fans… Mad Men, The Walking Dead… I mean with just those two shows alone, how can you lose?

The premiere of the new AMC series Hell On Wheels was held in Los Angeles, and I admit I don’t know much about this series yet, but I’m going to. And then I’m going to have to break into CB’s house and steal his poster. That’s just the way it is…

CB got a great jumpstart on this series so make sure and check out his full report after the jump!

NANANANANANANA, CB, CB, CB! Well today was a weird day because it was the Premiere of AMC’s new show, HELL ON WHEELS. I say weird because I’m going to a premiere for a show I haven’t seen and i forgot my camera. AMC has great shows including Mad Men, Breaking Bad, and Walking Dead. I like AMC shows, but I’m a big fan of Western shows. I saw the premiere was coming up and decided I just may end up liking the show because  Common is in it and it’s an AMC show. (Probably going to get a lot of flak over this, but I loved Smokin Aces.) Anywho, the premiere was in Downtown L.A. at the Regency theaters and I expected several people to show up. I certainly didn’t expect what was going to happen! I’m going to apologize for the pics now, but I did not have my camera and was forced to use my cell phone. Blurry pictures are better than no pics!

5:00: I arrive and am joined by only two other people. Surely more people show up.

6:30: First arrival is Tom Noonan. We call for him and he comes overs and signs. 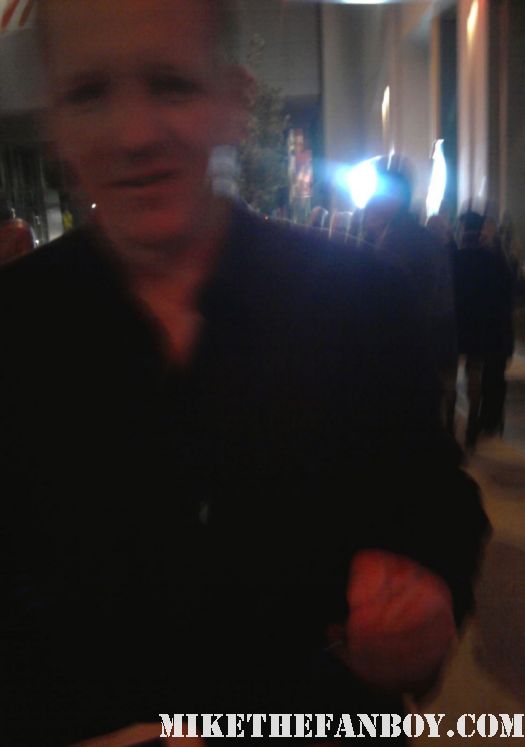 6:31: Next arrival is Anson Mount, the star of the show. We call for him and this guy couldn’t be nicer. He signs our stuff and inscribes “thanks for coming out ” on my photo. 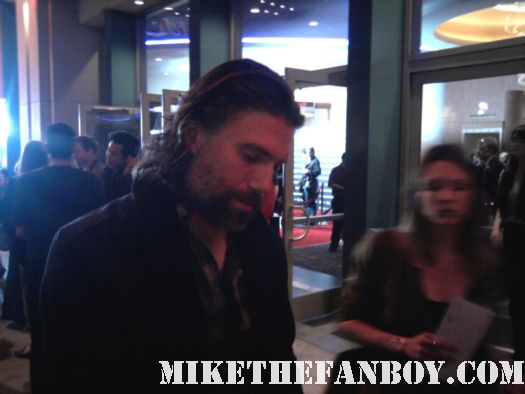 6:33: We see Ben Esler and we call for him, and he ignores us and goes inside. We then proceed the “EPIC TALE OF GETTING BEN ESLER”

6:35:Christopher Heyerdahl comes over and signs for us. We ask him if he can get Ben for us. 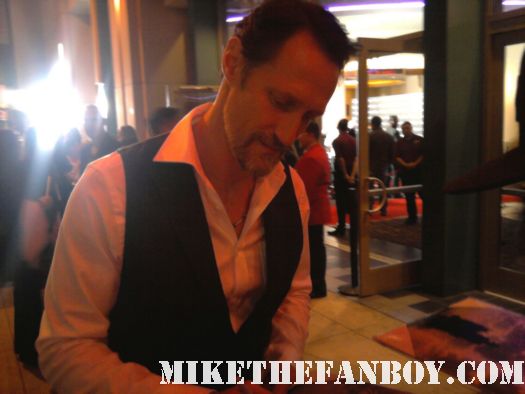 6:37: Phil Burke comes over. He comes to see what we have and signs our stuff. He’s one of the nicest of the cast. We tell him if he can get Ben for us. He says he’ll try. He does go tell Ben about us, and still he ignores us. 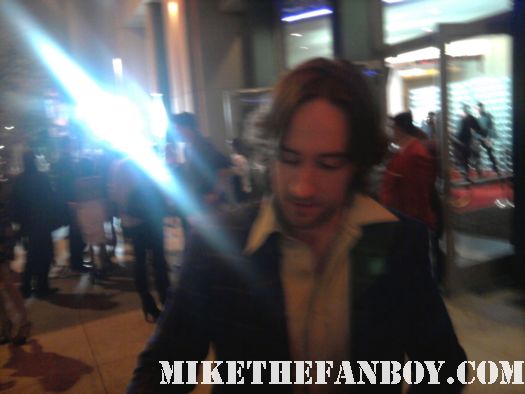 6:40: Colm Meaney arrives and we call for him and he comes over. 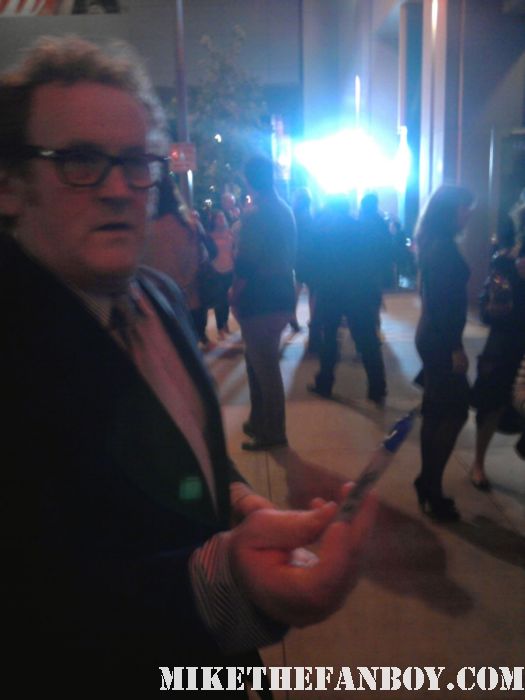 6:41: Dominique McElligott arrives and she signs for us. 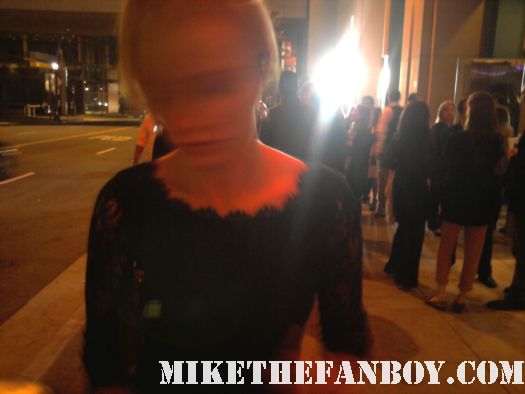 6:45: Several of the cast are here, including Chris Ippolito, Eddie Spears, Duncan Ollerenshaw, Wes Studi, the director David Von Ancken. We ask David if he can ask Ben to come over. 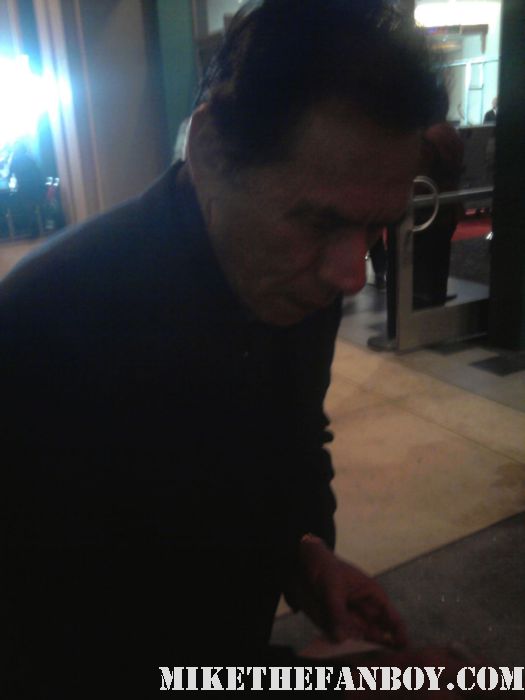 6:50: We make signs for Ben. He’s inside the movie theater near the concession stand. We know he sees them because his date notices them and tells him, and he still ignores us. 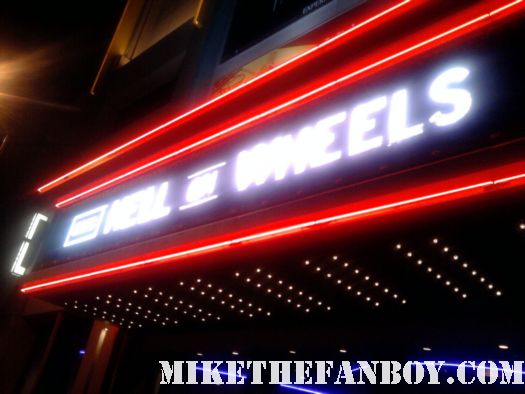 6:55: Finally Common arrives and we call for him and he comes over. He signs my poster in the dark, but i realize he did that to everyone’s poster, but I’ll take it. 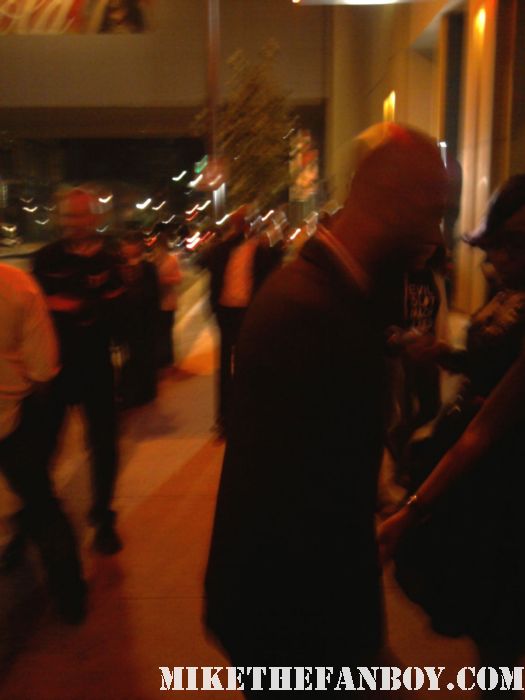 8:00 The screening breaks and out of nowhere comes the producer Chad Oakes. He’s really nice telling us about the party and asking us if everyone signed for us. Our reply, “EVERYONE BUT BEN”. Chad says to us, “let me get him”, and finally, after asking five different people, we get BEN ESLER! 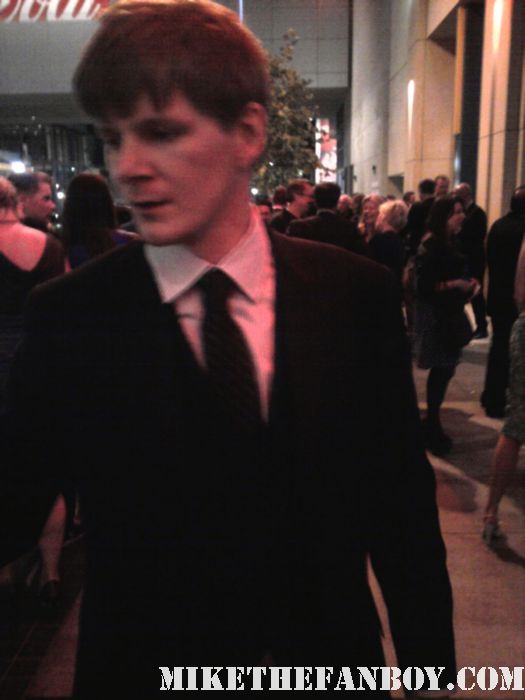 Overall, it was a great premiere and the whole cast minus Ben was great. Hope this show is amazing, but with AMC, they have a great track record. Until next time, same CB hour, same CB channel, same CB BLOG!! KAAAAAAAPPPPPPPOOOOOWWW! 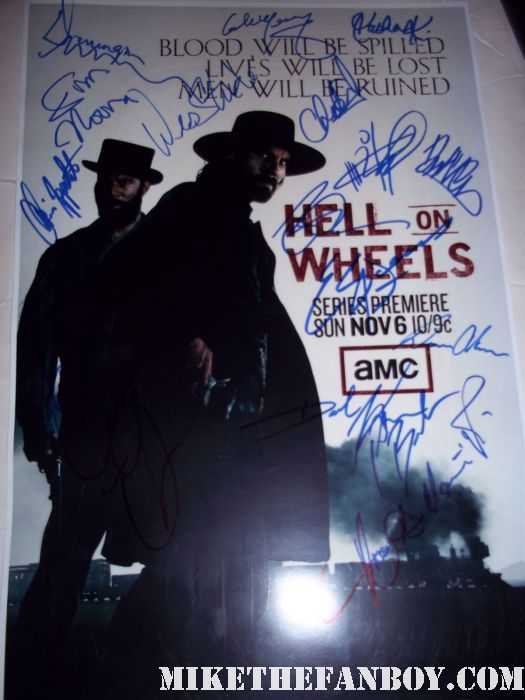 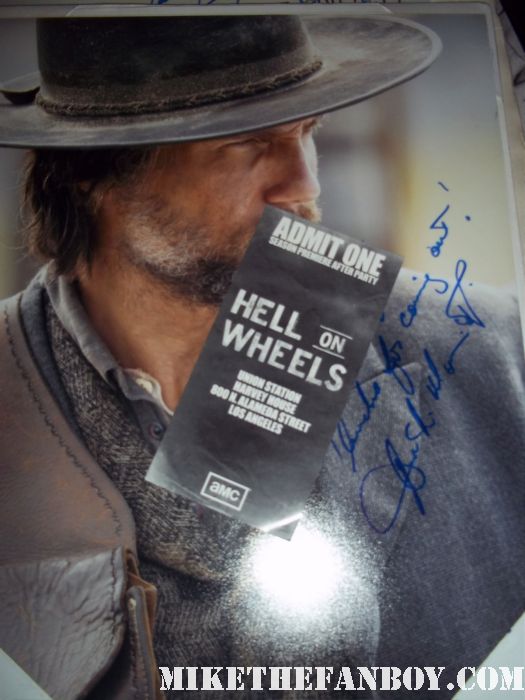