Turn, the new AMC series that premiered on April 6, is a period drama about America’s first spy ring. Based on Alexander Rose’s book Washington Spies: The Story of America’s First Spy Ring, Turn is set in 1776. 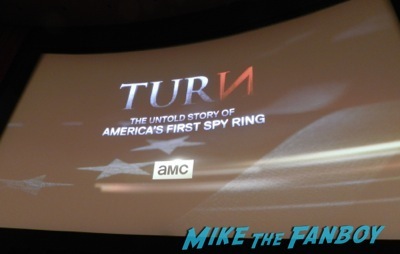 In New York, a farmer and his friends for an unlikely group of spies who called themselves the Culper Ring. This group helped American Revolutionary War turn the tide during the war and this group was just uncovered recently.

Turn stars Jaimie Bell (Billy Eliot) as Abe Woodhull. The cast and creators of Turn did a presentation and q and a last night and Suddenly Susan and I were lucky enough to attend. 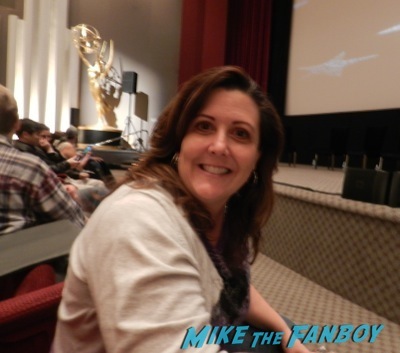 We were treated to a showing of the second episode and then the cast came out, Jamie Bell, Burn Gorman, Heather Lind, Seth Numrich, Craig Silverstein, and Barry Josephson. 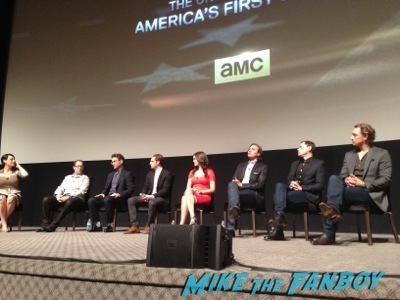 The panel was lively with the producers clearly excited at the prospect of having a hit series.

Highlights from the panel include:

Creator Craig Silverstein said, “The show is meant to be confusing and you have to do homework to understand it,” to great laughter from the crowd. “The audience is smart.” 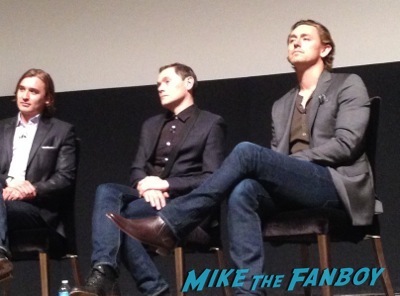 JJ Field said, “This series is about something very black and white, but in reality it isn’t.”

The casting went from all corners of the world and they included American, British and Canadian actors. 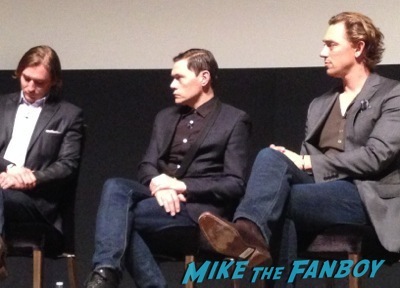 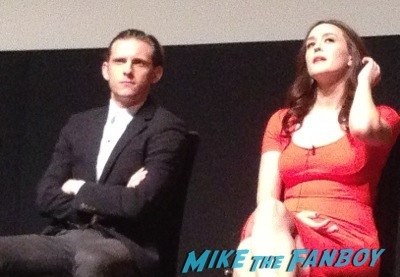 When talking about filming the series, the weather was minus sixteen degrees outside Seth Numrich said, “My nipples were so hard, they were like bullets.”

Jamie Bell said, “The show is so ambitious, the scale is… There’s a war going on here!” 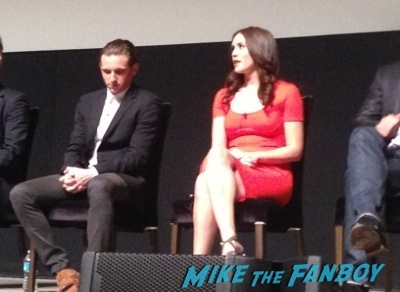 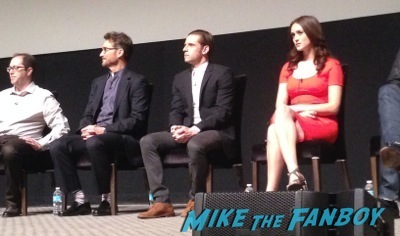 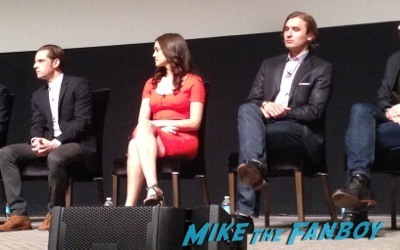 “The process is not procedural, you’re getting hairpieces, powdered wigs, makeup… There’s so many buttons in that time.” Jamie Bell said.

During the filming the weather dropped so low that the animals had to be removed from set so that they could be protected. “They have a better union than the actors.” 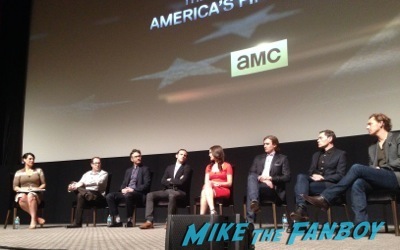 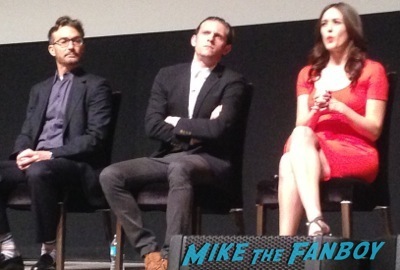 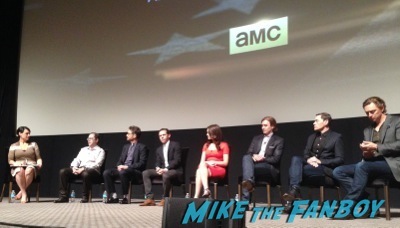 Former President George Bush Senior requested a viewing of the series and loved it, as well as two former CIA chiefs.

Jamie Bell loves Twitter and likes to tweet. Burn Gorman said, “I want to talk about the subject, I love talking about it.” A woman talked to Burn on the bus about the right buttons on the uniforms. 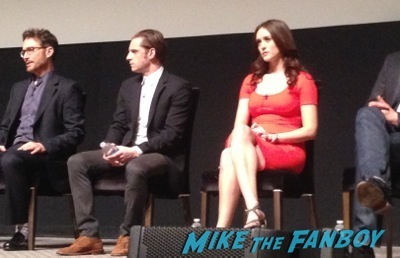 Jamie Bell said that someone told them that they had the wrong kind of smog during one scene in the series.

After the panel, the entire cast stayed and hung out with the audience.

Susan and I first met Burn Gorman who was also in Torchwood and Pacific Rim. He was so nice, and was more than happy to sign and take a photo. 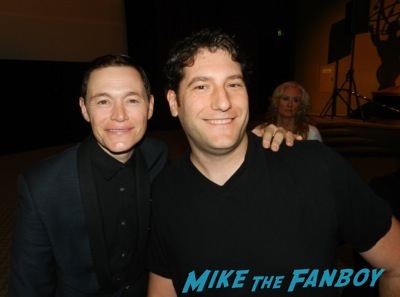 Then we met Jamie Bell. Can I tell you, he was awesome. Jamie signed my Turn poster as well as my The Eagle mini poster. He saw The Eagle poser and said, “Oh wow.” LOL… I love that movie! 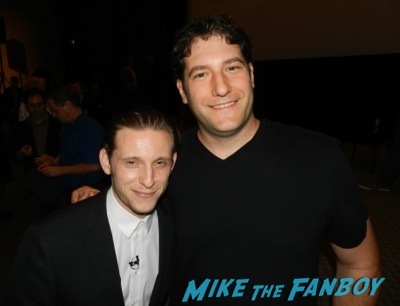 Then Jamie posed for a couple photos and said, “Damn, you are tall!”

The rest of the cast was super nice, and we hung out and had a really fun eventing. 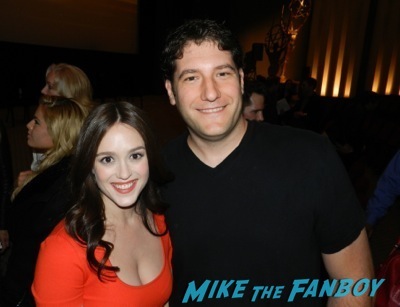 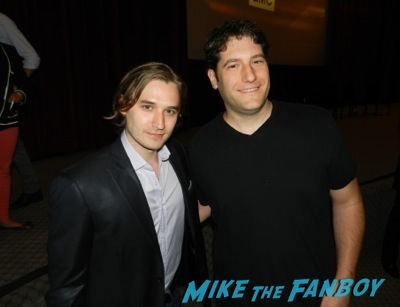 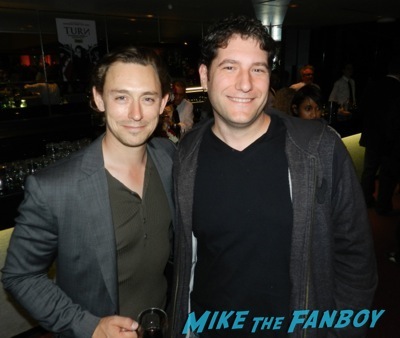 I highly suggest checking out Turn if you haven’t already, it’s a great series and typical of the high quality you would expect from AMC. 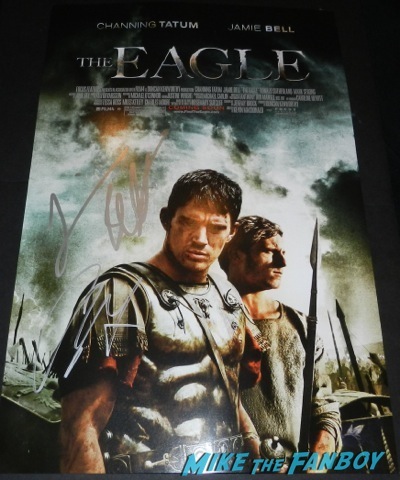 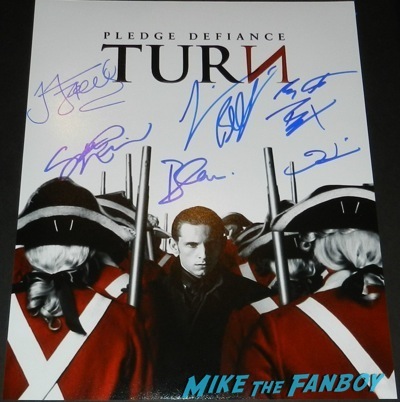 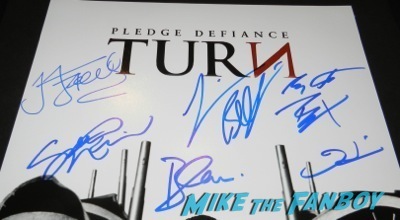