There are two different kinds of action adventure films, both allow a suspension of disbelief, but one is grounded in reality… The other… It’s just over the top action adventure action. It features stunts that would break every bone in your body if done in real life, like scaling a skyscraper or jumping off a cliff on a horse and not dying, things of that nature. It’s sort of the hallmark of good action adventure entertainment. 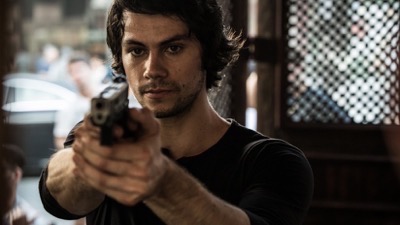 American Assassin, out now on 4k and Blu-ray falls squarely into the last chapter and personally I don’t think I would have wanted it any other way. The film ping pong’s from one insane plot twist after another and features an assassin trying to take out the bad guys. That’s pretty much all you need to know, that and it stars Teen Wolf’s Dylan O’Brien and Mr. Mom himself Michael Keaton. 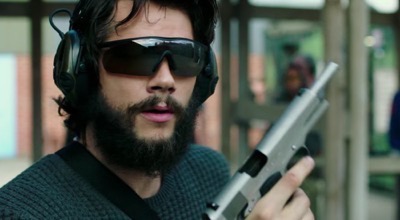 Mitch Rapp (Dylan O’Brien) is on a vacation in Spain with his girlfriend, Katrina (Charlotte Vega). They are having a great time and Mitch takes a selfie to record the moment for posterity. It’s precisely at this moment when a group of terrorists decide to attack. It’s a bloody and violent sequence and Katrina is no longer living and breathing in this world. Doh. In fact, as Mitch, while hurt and bloody crawls towards Katrina to save her, watches as the terrorist plugs another set of rounds into her. Double Doh!

After a bit, Mitch is trying to get over the whole incident and has now grown a beard and studying Islam to he can infiltrate a Jihadist group which is run by the man who put the beach massacre in motion. That’s pretty much what everyone would do in that situation right? Never mind that Mitch was in the news after surviving the massacre and especially in this day and age would be found out pretty damn quickly. But, one must suspend disbelief. 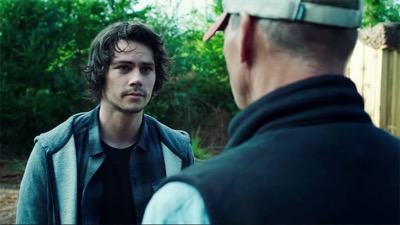 Mitch goes into training to become an assassin and apparently the CIA is watching him from a distance. No now is really sure why, I mean at any time they could have said, “Hey, let me get you the right teacher” or something like that, but nah, they just watched. Mitch does infiltrate the group, heading to Libya in the process, then the CIA steps in, and Mitch is in prison. There he meets Deputy Director Irene Kennedy (Sanaa Lathan) and apparently some of Mitch’s test results are “off the charts” or something. So they recruit Mitch into a super duper special ops unit headed by an old school legend named Stan Hurley (Michael Keaton).

The plot of American Assassin runs a bit on autopilot at this point and you can pretty much tell where it’s going. The young upstart who breaks the rules vs the old stalwart who made the rules. Together than still have to take out the big bad and learn lessons, etc… The film has some great action sequences, it’s just so unfortunate the plot devices are so rote and cliche. In turn the actors try and keep the film moving forward and for the most part they do an admirable job. Dylan O’Brien shows a real flair in the lead role and builds on the goodwill he received from audiences while on Teen Wolf. He sheds the Stiles skin, and tries to make the role his own. 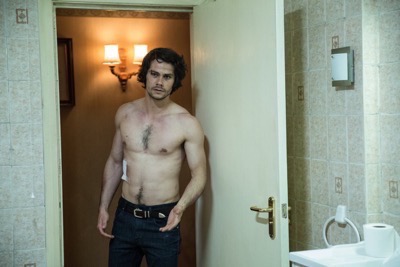 American Assassin arrives on 4K UHD thanks to Lionsgate Films. I love watching films in 4K UHD especially films like American Assassin. It’s made for action films and it serves the film well. The details are so pin point accurate it’s stunning. 4K UHD is quite simply one of the best ways to view all films, but it just enhances the overall experience in general. If you haven’t upgraded yet, I highly recommend doing so. The colors are so perfect, one can see the subtle colors and shading that would never be present in any other version of the film. The darker scenes are well done and the fine details look amazing. The black sequences are not pitch black, I’m not sure if that was a filmmaker choice, but that does come out in this transfer. 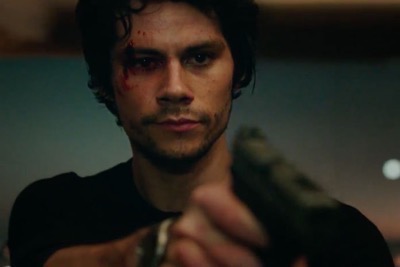 The Special Features are also part of the regular Blu-ray as well as the 4K UHD version:

Target Acquired: Creating an American Assassin: This is a general EPK feature with interviews intercut with scenes of the film.

Transfer of Power: Hurley and Ghost: Once again, this is an EPK feature on these two characters from the film.

Weaponized: Training and Stunts: This is a nice feature that looks at the action sequences and also has an interview with Dylan O’Brien and Michael Keaton.

In the Field: on Location: This is a look at the different locations used in the film.

Alamo Drafthouse q and a: I love that there are more features like this one from the Alamo Drafthouse. It has a q and a with Dylan O’Brien and Taylor Kitsch. 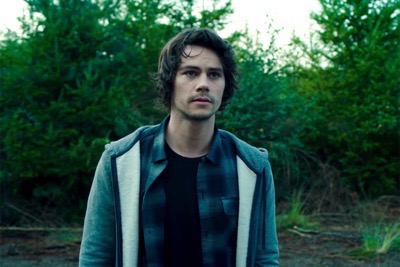 Overall, while American Assassin is very much saddled with a script that fails to break any new ground, it contains a number of well done action sequences which, if you’re watching a film named American Assassin is probably what you bought your ticket for. I did want more from this film and while it didn’t deliver on all aspects, thanks to some winning performances from the lead actors it does hold its own, I say check it out and Recommend it.

American Assassin is out now on Blu-ray and 4K UHD!