With American Gods finally coming back on the air I thought it was the perfect time to do a flashback to the American Gods panel. This was such a fun day, I got to hang with Lisa-Lisa and Billy Beer.

American Gods is showing it’s finale tonight and I have to tell you, I love the series.

I attended an FYC panel with Lisa, Scott and Billy and had a blast. It was such an amazing night and I thought tonight was the perfect time to talk about it!

Attending the panel were:

Sadly Ian McShane couldn’t attend, which was a bummer.

It’s safe to say, I have never seen anything like American Gods, and it blew me away! I had never read the book, like a lot of people and the panel addressed it.

“I think I’m the perfect advertisement for this. I hadn’t read American Gods, but I started reading the book and when I read the scripts I couldn’t stop. When I saw the first episode we were able to binge watch like four episodes that were finished.” Laughed Ricky Whittle. “It’s an incredible story that is such a blessing to be a part of the best ensemble cast I’ve seen on screen.” 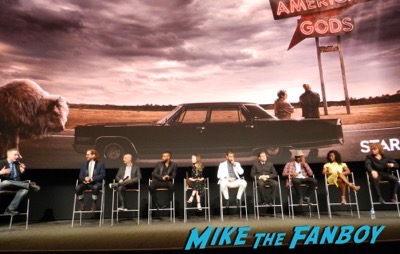 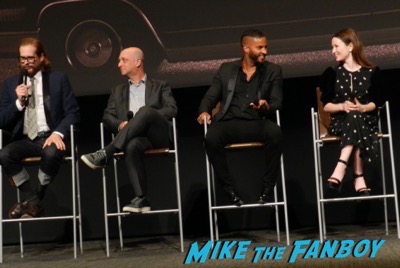 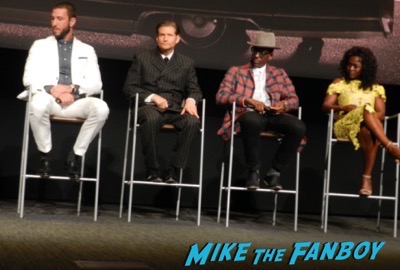 Some characters were expanded from the book like Emily Browning’s role.

“My character only existed in relation to Shadow. From what we’ve seen she does some morally questionably things and I think it’s important for her as a character when we see more we empathize as well.” Stated Emily Browning. “She’s unapologetic. Living in that place between good and bad.” 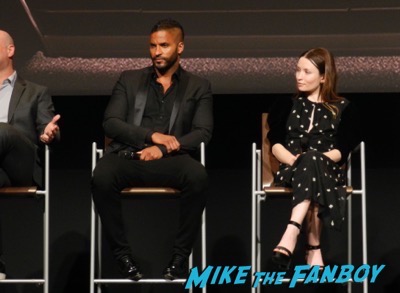 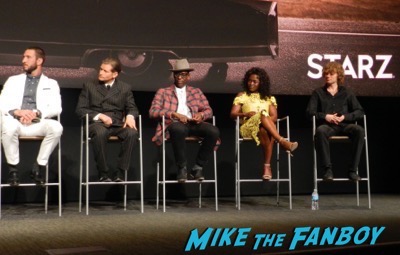 American Gods is genre programming and the sci-fi audience is so entrenched and passionate it’s great to see.

“We don’t spoon feed our audience. The Sci-fi audience is the most intelligent audience out there.” Said Ricky Whittle. “It comes with a great pressure though. For 16 years fans have been waiting for this and the passion keeps building up on this monster. It’s a hunger.”

“For all of us to have the stamp of approval of Neil has been a blessing.” Said Pablo. “He came to SDCC and SXSW, he’s so happy and it’s such a pleasure for him to see it being brought to the world.” 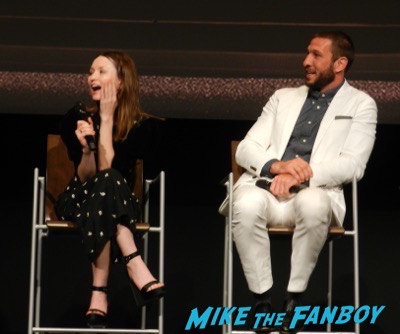 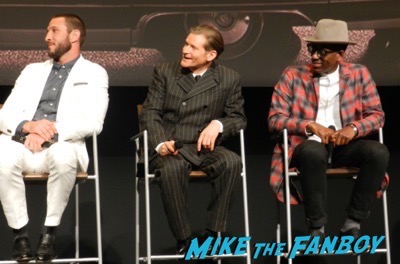 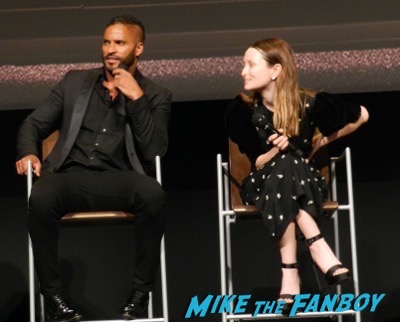 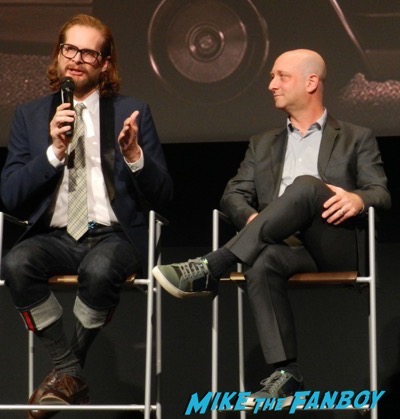 After the panel we were lucky enough to meet each of the cast members and they were so nice. I have to tell you, it was really above and beyond. 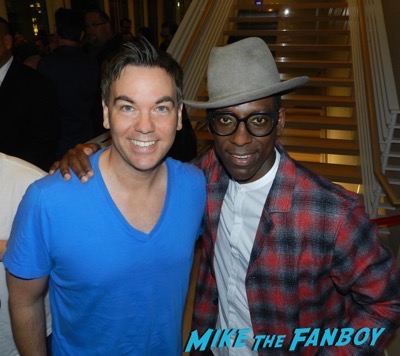 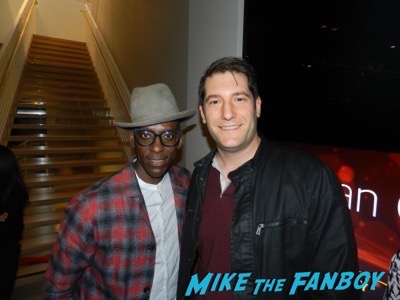 Crispin Glover was just like you would have expected but very kind. 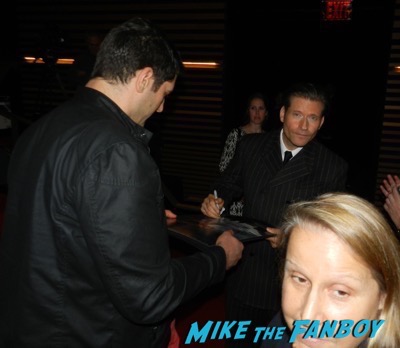 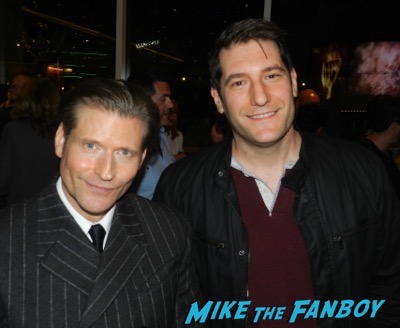 Ricky Whittle was just awesome to talk to. 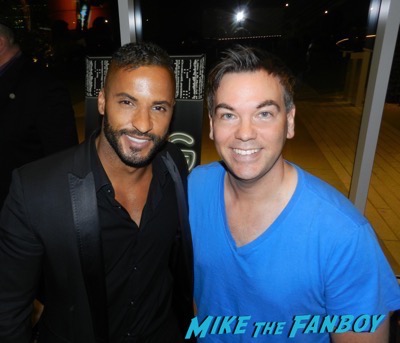 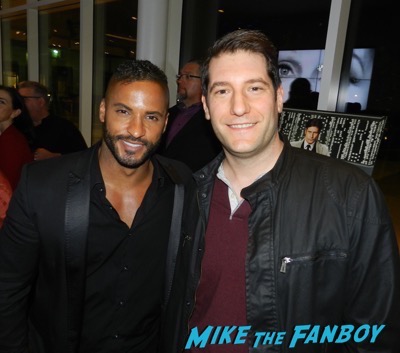 Pablo Schreiber was cool as hell. 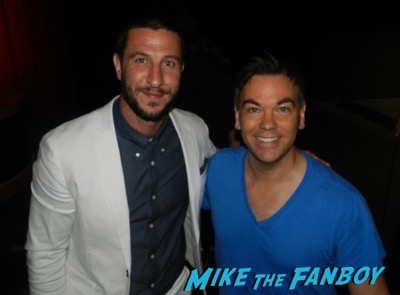 Emily Browning was very sweet and even nice to Billy which was shocking and rare. 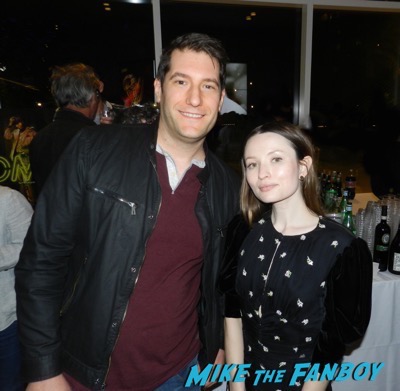 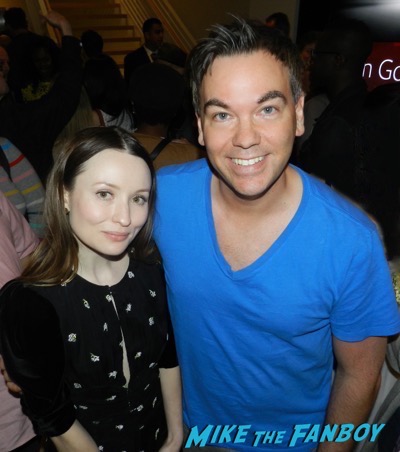 Yetide Badaki was so gracious and humble. 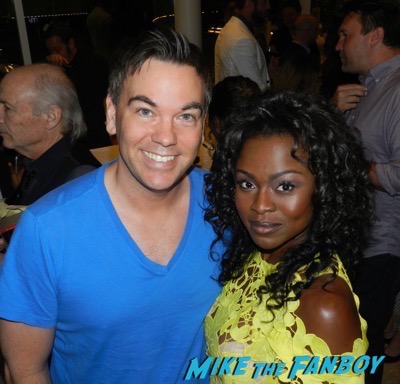 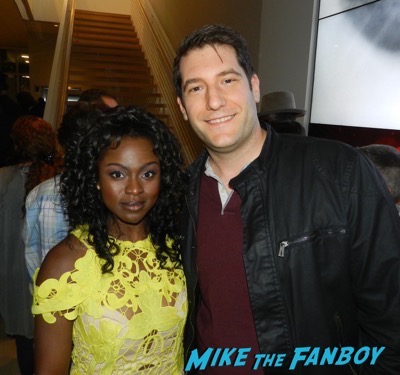 Bryan Fuller was just awesome to talk to. 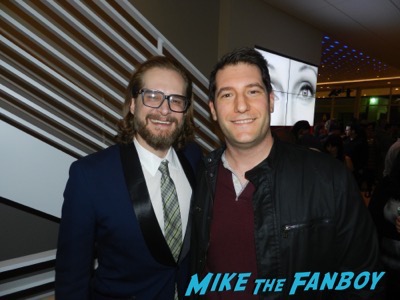 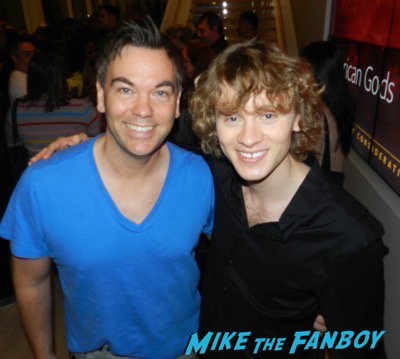 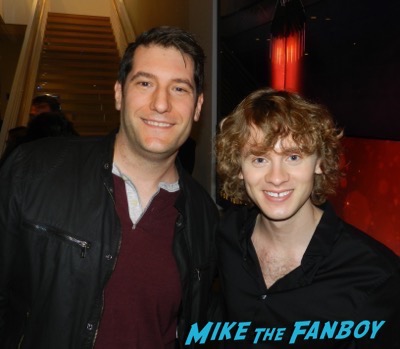 It was such a fun night and I was so happy it all worked out! 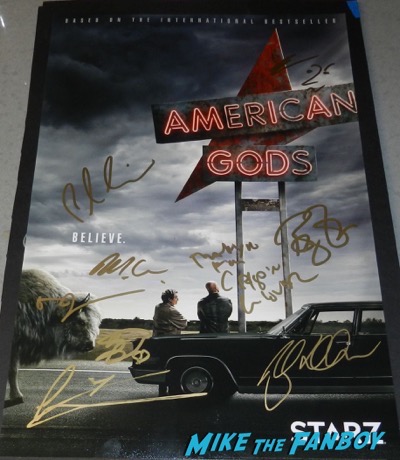 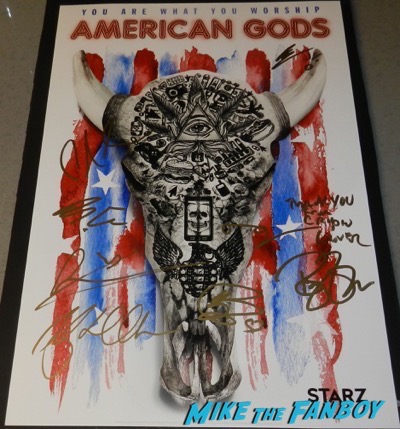 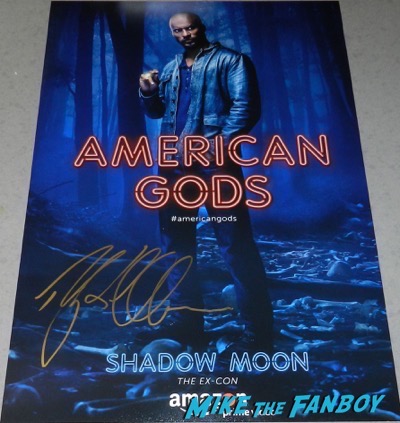