To celebrate the second season of American Gods at New York Comic Con, Starz brought a recreation of the set along with goodies and, of course, the cast!

Welcome to the Motel America Diner! It’s not actual a motel or a diner, but it bears a striking resemblance to the set from the first season of American Gods! 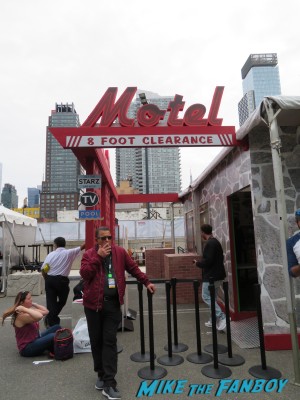 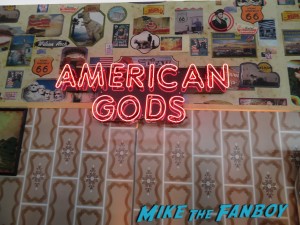 Behind the counter, friendly staffers outfitted fans with the Starz app with t-shirts and collectible pins featuring one of the characters. 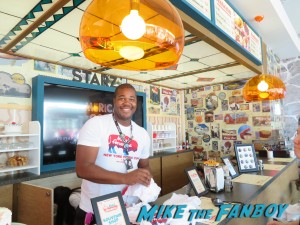 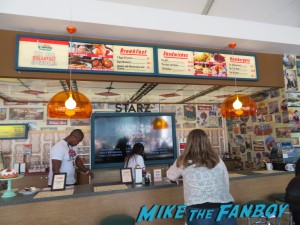 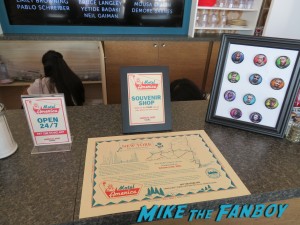 Many of the details are lovingly re-created from the show, with little personalized tweaks for NYCC.

The lucky few who drew a winning raffle ticket got into a signing with the full cast and author Neil Gaiman. Well, almost the full cast. Ian McShane had to stay home as he’s passing kidney stones. Ouch!

No photos where allowed so you’ll have to trust that the cast is behind the wall of people. 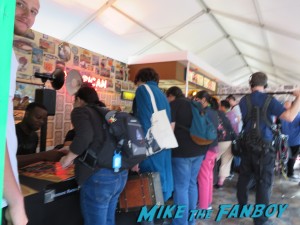 They were the most personable and chatty cast I met this weekend! Most of them are big Game of Thrones fans so they really wanted to chat about by Game of Thrones Funko shirt. (Their consensus is a bittersweet, but satisfying ending.)

Orlando Jones is always so engaging and smart. He’s got a friendly word for everyone and a huge passion for this project.

Crispin Glover may play some really strange (and creepy) characters, but in person, he’s very sweet and shy.

Emily Browning was actually the most eager to talk to fans and was holding up the line which is surprising consider Neil Gaiman fans usually have a long list of questions.

Pablo Schreiber was excited to be in New York City and wanted to talk Broadway. (He’s a theater vet with a ton of credits before American Gods.)

Ricky Whittle, well, what can I say about Ricky? He got up and greeted each female with a kiss on the cheek. In case you need a reminder, this is Ricky… 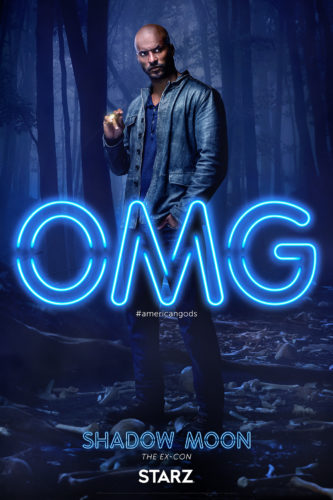 So I had a good birthday indeed! 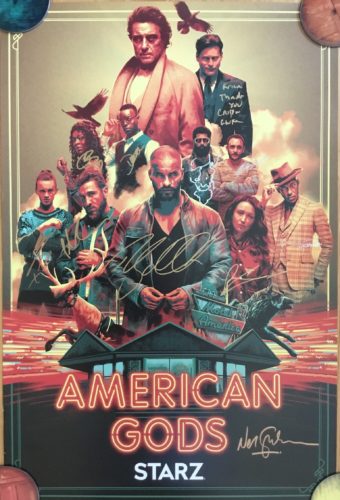 The team also assembled for a panel, hosted by Patton Oswald. They debuted a new teaser for the second season which you can see here! 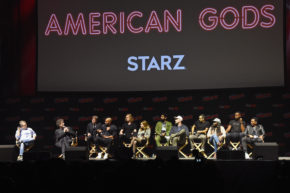 American Gods will debut the second season on Starz in 2019!